Immigration Is An Invasion 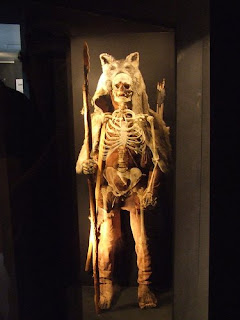 The next time that someone tells you the British people are immigrants then call them what they are - racists.

It is time immigration is defined as what it is - ethnocide, colonisation and invasion.


Local people in a small German village share the same rare DNA pattern as the bones of cavemen who lived in the area 3,000 years ago.

The Bronze Age remains were discovered by archaeologists in the Lichtensteinhohle cave in the foothills of the Harz mountains in Lower Saxony, near the village of Nienstedt in 1994.

The bones of 40 people were shielded from the elements by calcium deposits that formed a protective skin around the skeletons.

the remains turned out to be from the same family group who had a distinctive - and rare - DNA pattern.

When people in the local area were tested with saliva swabs, two nearby residents turned out to have the same distinctive genetic characteristic.

Manfred Huchthausen, a 58-year-old teacher, and Uwe Lange, a 48-year-old surveyer, now believe they are even more local than either of them thought.

"We used to play in these caves as kids," said Mr Lange. "If I'd known that there were 3,000-year-old relatives buried there I wouldn't have set foot in the place."

For ninety years after its discovery in 1903 in Gough's Cave, Cheddar Gorge, the skeleton of `Cheddar Man' was kept in London's Natural History Museum. But in 1996 it was the subject of an extraordinary experiment. It was sent to the Institute of Molecular Medicine in Oxford for DNA testing, and samples of its mitochondrial DNA were compared with a score of similar samples taken from volunteers among the villagers in the present-day Cheddar district. `To the astonishment of the scientists', as The Times reported. `a close match was found between Cheddar Man and Mr [Adrian] Targett', a forty-two-year-old history teacher at the Kings of Wessex Community School in Cheddar Village. The experiment had proved beyond reasonable doubt that a man living in late twentieth-century Britain was a direct descendant through the maternal line of a person living in the same locality in the Middle Stone Age.

The implications of the Targett Case are very far-reaching. If the result is not just a mistake or a chance in a billion, it would indicate that a substantial proportion of people in modern Britain form part of local kinship groups which have had a continuous existence for three or four hundred generations. This in its turn means that each of those generations has adapted itself to every successive cultural, linguistic, and political wave that has taken place over the millennia. The old idea that Britain's `island race' was the sum total of numerous massive invasions, from the mesolithic relations of Cheddar Man, who repopulated the islands after the Ice Age, to the Celts, Romans, Saxons, Vikings, Normans, and Angevins of historic times, who all but obliterated their prehistoric predecessors, has been under attack for many years. It is now virtually untenable. The prehistoric gene pool must undoubtedly have been supplemented and modified by more recent arrivals. But it is still there.

Posted by Defender of Liberty at 01:52

See Melanie Phillips' latest blog post 'Obama and the eclipse of reason'. She informs us:

'I am currently in Los Angeles at the annual convention of Hadassah, the Women’s Zionist Organisation of America...'