Hi Melanie - The CST and the Protestant Pope 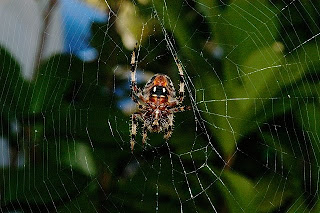 It appears I have a cyber stalker and a famous one at that. Yep Melanie Phillips has been having a good butchers at me blog again.

I call this phenomena 'Blog Wars', where one blog seeks to wage a propaganda war against another blog.

In Melanies case its a bit of a David versus Goliath situation, but hey its fun.

Anyway heres what Melanie wrote in her Spectator Blog here ;

While we’re on the subject of anti-Jew bigotry, people might be entertained by the way Lee Barnes, the legal director of the BNP, has replied to my earlier post pointing out that his anti-Jew ravings about the Jewish control of Hollywood and the ‘Zionist-controlled’ Community Security Trust (which has nothing to do with Israel) rather punctured the BNP’s assiduously created myth that its Jew-hatred is now a thing of the past. So put out is Barnes that anyone might think he is anti-Jew, he now believes that I should be deported to Israel since apparently Britain is not my own country:


The simple solution to this problem of the Islamist Lobby groups and the Zionist lobby groups fighting against each other is simple, why dont both the Zionists and the Islamists both piss off out of our country... When blood is being split on our streets by extremists in the name of their respective alien ideologies, then the time has come for the deportations to begin. The place for your insane racial, political, theological and territorial disputes is in the Middle East, not in Britain. Why dont both the Zionists and Islamists just slither back to their respective deserts and leave us to get on with our lives.


Oh dear. I think this is called ‘when in a hole, don’t just keep digging but drag in a goalpost for good measure and kick the ball into your own net’.

1) The CST has nothing to do with Israel ;


These are the statements of the Rt Hon William Hague MP at the CST dinner in London
in July 2008 ;

"The Ambassador was just talking about Iran. The Government say they're very worried about Iran but I think – and certainly Israeli Government Ministers have agreed with this assessment – the Conservative Party has been at the forefront in the whole of Europe in stating the case about the worries of Iran and about the need for Europe to carry a bigger stick in relation to Iran and follow the United States in financial sanctions before the Americans can offer some more carrots. And so we would have liked to have seen a more energetic approach by the current Government and we are critical of them. Gordon Brown announces sanctions on Iranian oil and gas last November, announces it again last week and nothing has taken place – absolutely nothing."

"So I also went to Syria last year and I spent a long time with President Assad and I relayed to the Israeli Government everything that he said because the possibility of lasting peace between Syria and Israel is one of the richest prize of it, is one of the absolute keys to unlocking the whole logjam in the Middle East at the moment."

On being a Zionist:

"Well, we're so well co-ordinated in the Conservative Party and I think my answer today is exactly the same as his a year ago when he said ..Yes – if a Zionist is someone who believes in the existence of Israel and its right to exist in security, safety and democracy then yes ... "

On diplomacy with the Arab world:

"We should have a long-term cross-party national plan to elevate our links with the States of the Gulf – culturally, diplomatically, economically. We must not allow ourselves to drift into a clash of civilisations. We have to strengthen our links with friendly Muslim nations of the world."

"At the moment I don't think Israel can negotiate directly with Hamas or that we can do so. The Quartet principles are very clear – their renunciation of violence, the recognition of the State of Israel, the acceptance of previous agreements regarding Israel – and there's no sign of any of those things.

I know some people make the case that: Oh maybe this is like Northern Ireland – you know, that you have to talk directly - but I think that only works once people who believe only in violence have come to the view that violence is not going to succeed and I don't think we have reached that point with Hamas."

On division between the Palestinians:

"(Tony Blair's job is) much more difficult that there is that division in the Palestinian area; that Gaza is on a different / is run by a different team altogether with a totally different agenda from the West Bank. Nevertheless he is trying. He is trying to make sure that within the West Bank it is possible to show that if Palestinians can run their own security and the economic situation can be improved then there can be greater confidence on all sides to come to a peace agreement and of course we all want Hamas to accept the Quartet principles. It looks like this is going to take time but it shouldn't stop everybody else talking in the meantime.

George Osborne MP When asked about his affiliation to Israel:


Here is David Cmaeron giving a speech to the CST at the meeting above about how he has sent his pet spook to Israel ;

" That is why I have appointed Pauline Neville-Jones to my Shadow Cabinet.

As a former Chairman of the Joint Intelligence Committee, she brings here formidable experience in this field.

She has proposed the establishment of a National Security Council - and her idea has already been copied by the Government.

In the coming weeks she will be visiting Israel to learn first-hand how it tackles terrorism. "

It appears that David Cameron, William Hague and George Osborne felt it required to articulate their pro-Israel stance to the CST.

If the CST has nothing to do with Israel, as melanie insists, then why did the people invited to dinner by the CST all felt moved to give uncritical support to Israel ?


B) Here is the Jerusalem Post talking about the CST and saying it is part of an Israeli controlled international network called Jewish Agency with 320 centers and institutions spanning the globe, the Jewish Agency is the largest Jewish organization in the world ;

" British Jews have set up the Community Security Trust, which provides physical security, training and advice for the protection of British Jews. CST assists victims of anti-Semitism, monitors anti-Semitic activity and represents British Jewry to the police and government. "


C) Here is the Zionist Network in its entirety as it reveals its international links which includes the CST as part of its international network alongside the Jewish Agency and the Israeli Ministry of Foreign Affairs ;


D) Here the CST at the Salute For Israel parade in London and Manchester 2007 ;

The security of the parade and safety of all the participants is something that we are taking very seriously. CST has already started discussions with the Metropolitan Police to undertake the necessary precautions so that all the participants can enjoy the day in safety and with peace of mind. CST has an extremely strong partnership with the police and they work together on numerous high-profile events throughout the year. CST draws on years of experience in communal security and draws on over 3,000 security volunteers who will be working side by side with police officers on the day.


The delivery group for Salute to Israel is made up of representatives from the Board of Deputies of British Jews, the Jewish Leadership Council, CST, UJIA, JNF UK, the Zionist Federation, Manchester Rep Council, United Synagogue, Movement for Reform Judaism and the Zionist Youth Council.

Salute to Israel is very grateful to our generous sponsors who are: -

The CST aso oganised the security for this years salute as well.


E) Here the Union of Jewish Students website links both to the CST and also links to the Jewish Agency via MASA which enables thousands of Jewish youth to spend a semester or a year in Israel in any of over 150 programs, helping them build a life-long relationship with Israel and a firm commitment to Jewish life. MASA is a joint program of the Government of Israel and the Jewish Agency for Israel ;

The CST link is hidden just under the link for the Jewish Womens Aid, very sinister by the way as they have tried to hide the link.

Yeah, thats right Melanie - the CST obviously has nothing to do with Israel and the Pope is a Protestant.

I stated in the article I wrote about the Zionists and the Islamists that all those reagrdless of race, religion or creed that put loyalty to an foreign state or an ideology that seeks the destruction of the indigenous culture and identity of the nation they reside in, such as through Sharia Law, should piss off to the foreign countries they adore or which have the Sharia Law states they want to impose on the UK.

In this country we call those people traitors.

As I said before I can understand your desire to 'hit back' at Melanie Phillips but in the end I suspect it could turn out to be counter productive, even if justified. A subtler and more effective response may have borne more fruit.

I've recently been looking at all the things that evidently frustrate both yourself and me through the prism of the NWO. In doing so I've come across some very interesting sites which have given me a new and valuable perspective. If you have the time can I suggest the following articles on a site I've found enlightening. I don't concur with all of the authors conclusions but most are right on the money. See what you think.

PS If any of these get your attention then this article is a good start for a closer look to the 'bigger picture'.