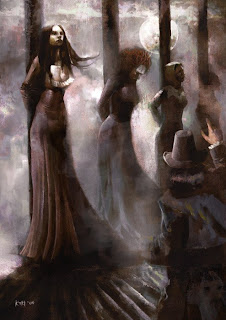 From The Spectator, it appears that another heretic is being prepared for the bonfire.

Note how the vile reptile Pollard takes a valid critique of Tonge about the power of the Zionist Israel Lobby in the UK and US and then seeks to smear her by equating her points with "I'm surprised she hasn't referred to our drinking the blood of non-Jewish children. "

This is loathsome journalism, an attempt to smear and villify an opponent not on what they said, but on an implied aspersion with no basis.

This is the action of a vile, pathetic, venal and spiteful little man - another whelp of the Zionist Israel Cabal that has infiltrated and usurped our political and media systems.

Pollard himself like to make plain his Jewishness in hi articles primarily as he assumes that by emphasising his racial background then no-one who is non-Jewish will 'dare' challenge what he says on the basis that due to his Jewishness he is beyond reproach.

Not content with seeking to make a comparison between criticising Israel and the blood libel of Jews, this little rat Pollard has then sought to leave an impression in the minds of the reader that Tonge was implying this.

This is truly the politics of the gutter, and proof yet again of how The Spectator is simply a turgid rag for the propaganda of the Tories, Israel, UK Zionists and their lackeys.

I would use the spectator for its true purpose - but its paper is a bit too harsh on the bottom.

In both cases their removal were to do with forces outside their parties.

In both cases they were correct, but telling the truth was not sufficient to protect them.

Until then the truth must be called a lie.


Baroness Tonge of JewsRunTheWorld is at it again. She has already offered her Protocols of the Elders of Zion-like view that:

" The pro-Israeli lobby has got its grips on the Western world, its financial grips. I think they have probably got a certain grip on our party."


Last night in the Lords she offered this further thought:

" I am beginning to understand the power of the Israel lobby, active here as well as in the USA, with AIPAC, the Friends of Israel and the Board of Deputies. They take vindictive actions against people who oppose and criticise the lobby, getting them removed from positions that they hold and preventing them from speaking—even on unrelated subjects in my case. I understand their methods. I have many examples. They make constant accusations of anti-Semitism when no such sentiment exists to silence Israel’s critics. "


It's the usual trick of saying that "constant accusations of anti-Semitism when no such sentiment exists" is used as a tool to shut people up. Let me say for the nth time: it is perfectly possible to be critical of Israeli policies without being anti-semitic. Many Israelis oppose the government.

But just because it is possible doesn't mean that it's a given. In some cases, the language and the arguments which the speaker or writer puts forward show that they do indeed cross the line into antisemitism.

And what is loud and clear from Baroness Tonge's tongue is that she believes almost every one of the classic antisemitic tropes: "the pro-Israeli lobby" (you can safely assume she means Jews and their useful idiots) "has got its grips on the Western world, its financial grips"; and the Jews as a community have the power to punish and destroy their opponents. I'm surprised she hasn't referred to our drinking the blood of non-Jewish children.

It wasn't Jews who removed Baroness Tonge from her LibDem post; it was the then party leader, Charles Kennedy, because he rightly judged her words to be beyond the pale. Enoch Powell wasn't sacked by Heath after his Rivers of Blood Speech because the 'Black Lobby' forced him out but because Heath realised instantly that his views rendered him unfit for front bench duties. So too with Baroness Tonge.

Labour might have been beaten into fifth place by the BNP last week, but it's clear that the BNP has its own representative on the LibDem benches.

Posted by Defender of Liberty at 13:55