Cash for Principles At The Guardian 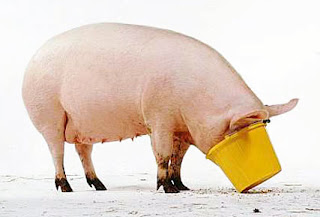 Image - The Guardian pigging out on capitalist cash.


For years the Labour government have been corruptly subsidising the labour party propagandist newspaper The Guardian by placing public sector service job adverts solely in the Guardian.

This not only keeps the newspaper afloat, as without the public service sector job adverts, the Guardian would be bankrupt, but it ensures such important Servile State jobs as Transexual Lifestyle Advisers, Race Relations Officers and Asylum Seeker Workers are all on the public pay role.

The paper makes just about enough of a loss every year to stay alive.

This advert was placed in The Guardian under the terms of the contract with the GLA.

It represents the epitome of hypocrisy, in that the journalists that infest the Guardian use the paper to attack the BNP and to undermine our vote in elections.

Now it appears that because the paper needs the cash, and cannot afford to be sued for breach of contract, is running the advert linked here.

Who would ever have thought the day would come when The Guardian, because it has selled out to capitalism, has to run these types of adverts.

Oh the utter sweet irony of it all.

Are you there Melanie - how about an article on your blog about this ;

Posted by Defender of Liberty at 10:17