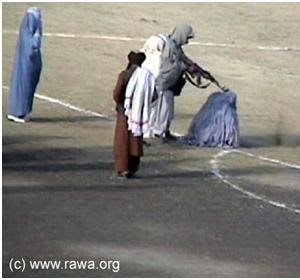 The first cuts are being sliced into our national democracy, and an alternative and alien legal system is being allowed to develop in our country which will replace British law - and one day lead to the basis of an Islamic state within our nation.

Here we see yet again the Judges leading the way in surrendering the British constitution to the Sharia law system - and when our judges are complict in the surrender of our legal system then both government and judges are accomplices to treason.

It is no wonder the government wants to abolish the treason laws - as they are planning treason.

Here we have a judge telling us that Sharia law is 'misunderstood' and that we are all fools for thinking it is a primitive system of Islamo-Fascism designed to subjugate Muslims beneath a veil of tyranny and non-believers forced into servile status under Dhimmitude and designed to create its own alternative state within our nation.

The final statement of the Judge here ; “It is possible in this country for those who are entering into a contractual agreement to agree that the agreement shall be governed by a law other than English law.”

Here we have the surrender of our nation to Sharia fanatics - and the Judges declaring that they intend to participate in the dismemberment of our nation.

It is no longer a question of IF, it is simply a matter of WHEN.

SHARIA law could play a role in some parts of the legal system, the most senior judge in England and Wales said today.

The Lord Chief Justice, Lord Phillips of Worth Matravers, emphatically ruled out the possibility of sharia courts sitting in this country or deciding penalties but explained comments made by the Archbishop of Canterbury Dr Rowan Williams.

But in a speech at the East London Muslim Centre in Whitechapel he said there was no reason why sharia principles could not be used in “mediation or other forms of alternative dispute resolution”.

Sharia – a set of principles governing the way that many Muslims believe one should live one’s life – suffered from “widespread misunderstanding” by the rest of the world, he added.

Lord Phillips said: “There is no reason why sharia principles, or any other religious code, should not be the basis for mediation or other forms of alternative dispute resolution.

“It must be recognised, however, that any sanctions for a failure to comply with the agreed terms of mediation would be drawn from the laws of England and Wales.”

The Lord Chief Justice told his audience that severe physical punishments such as flogging, stoning and the cutting off of hands would not be acceptable.

He added: “There can be no question of such courts sitting in this country, or such sanctions being applied here.

The judge said the Archbishop of Canterbury, Dr Rowan Williams, had been misunderstood when it was reported in February that he said British Muslims could be governed by sharia law.

Dr Williams suggested that sharia could play a role in “aspects of marital law, the regulation of financial transactions and authorised structures of mediation and conflict resolution”.

The Lord Chief Justice said today: “It was not very radical to advocate embracing sharia law in the context of family disputes, for example, and our system already goes a long way towards accommodating the Archbishop’s suggestion.

“It is possible in this country for those who are entering into a contractual agreement to agree that the agreement shall be governed by a law other than English law.”