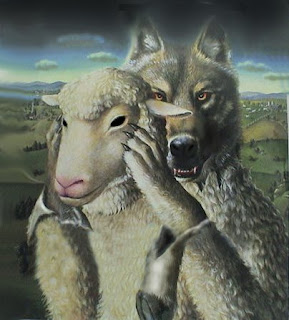 There is a sickness in our society, a poison that infects all sections of our country
and that must be resisted.

The National Childrens Bureau is a registered charity yet its reports are being used by he government to base its political policies on.

These policies are amongst the most dangerous I have ever seen, and yet this organisation is able to influence Labour goverment policy.

In this article here ; http://www.multiverse.ac.uk/ViewArticle2.aspx?anchorId=247&selectedId=250&contentId=12287

" Critical Whiteness Studies (CWS) seeks to address the alleged invisibility of whiteness in racial discourse. Proponents of CWS stress the need for white people to examine and challenge their own racial identity, regarding the notion of whiteness as a socially constructed ‘fiction’ (Jay, 2005), designed to perpetuate white privilege and inequality. Jay (2005) suggests that white privilege is often unacknowledged or silenced, and views the role of CWS as exposing and making visible the history and practices of white supremacy as evidenced across all facets of society. CWS identifies the need to move away from the quintessential focus on the ‘racial other’ and examine instead the institutionalization of whiteness and the systemic factors that underscore its continued dominance (Solomon et al, 2005 p147). "


This is what Wikkipedia says about it ;

[edit] Race Traitor
One group of people involved in these discussions advocates a strategy they call race treason, and are grouped around articles appearing in the journal Race Traitor. The adherents' main argument is that whiteness (as a marker of a social status within the United States) is conferred upon people in exchange for an expectation of loyalty to what they consider an oppressive social order. This loyalty has taken a variety of forms over time: suppression of slave rebellions, participation in patrols for runaways, maintenance of race exclusionary unions, participation in riots, support for racist violence, and participation in acts of violence during the conquest of western North America. Like currency, the value of this privilege (for the powerful) depends on the reliability of "white skin" (or as physical anthropologists would deem this construct, the phenotype of historical North Atlantic Europeans) as a marker for social consent. With sufficient "counterfeit whites" resisting racism and capitalism, the writers in this tradition argue, the privilege will be withdrawn or will splinter, prompting an era of conflict and social redefinition. Without such a period, they argue, progress towards social justice is impossible, and thus "treason to whiteness is loyalty to humanity."

In Race Traitor, the editors cite as the basis for their proposed actions a call by African American writers and activists--notably W.E.B. Du Bois and James Baldwin--for whites to break solidarity with American racism. Since that racism involves the awarding of various forms of white privilege, some have even argued that every white identity is drawn into that system of privilege. Only identities which seek to transcend or defy that privilege, they argue, are effectively anti-racist. This essential argument echoes Baldwin's declaration that, "As long as you think you are white, there's no hope for you," in an essay in which he acknowledges a variety of European cultures, a multiracial American culture, but no white culture per se which can be distinguished from the maintenance of racism.

Race Traitor advocates have sought examples of race treason by whites in American history. One historical figure consistently valorized by Race Traitor (a publication favorable to the tenets of whiteness studies) is John Brown, a Northern abolitionist of European descent who battled slavery in western territories of the United States and led a failed but dramatic raid to free slaves and create an armed anti-slavery force at Harpers Ferry, West Virginia.

Visions of praxis cited by Race Traitor writers range from anti-racist unionism (such as DRUM in Detroit), collaboration in urban uprisings, and documenting and interfering with police abuse of people of color. Joel Olson has written about a theoretical vision in his book The Abolition of White Democracy.

This is one of the articles The Point Is Not To Interpret Whiteness But To To Abolish It by Noel Ignatiev from Race Traitor ;

Note that the main founders of Critical Whiteness Theory are Ruth Frankenberg and the Marxist David Roediger ;

Note the phrase - CRITICAL whiteness studies - in other words the intent of this rubbish is to undermine, usurp and destroy the white population, their sense of ethnic community and their culture.

This is the most pernicious load of racist bullshit I have ever had the misfortune to read.

In fact my article here reveals that contrary to the racist crap of the NCB and their facile construct of a supposed 'system of white privilege' in the UK, it is white children who are the main ethnic group failing the most at both school and in admissions to universities ;


This crap from the NCB continues page after page - here they even ADMIT that they plan to 'deconstruct' the white indigenous population itself ;

" A review of a journal article which proposes that anti-racist practice should encompass the deconstruction of the identities of ethnic majorities as well as ethnic minorities."


This organisation is both sinister and dangerous, and it must be resisted.

Children as young as three should be reported for 'racism', Government-funded group claims

Nursery teachers should inform on youngsters such as these if there is a 'racist incident', says a Government-funded advisory group

Toddlers should be taught about racism and singled out for criticism if they have racist attitudes, a Government-funded advisory group said yesterday.

It told nursery teachers, playgroup leaders and childminders to record and report every racist incident involving children as young as three.

These could include saying 'Yuk' about unfamiliar food.

Even babies should not be ignored in the hunt for racism because they can 'recognise different people in their lives', a new guide for nurseries and child care centres said.

The instructions for staff in charge of pre-school children in day care have been produced by the National Children's Bureau, which receives £12million a year, mostly through taxpayer-funded organisations.

The NCB, which describes itself as 'an umbrella body for the children's sector', has long used its resources to campaign on controversial issues, for example in favour of a legal ban on smacking by parents.

It also runs the Sex Education Forum, a campaign for more sex education in schools.

The new 366-page guide, Young Children and Racial Justice, warned that 'racist incidents among children in early years settings-tend to be around name-calling-casual thoughtless comments, and peer group relationships'.

It said such incidents could include children using words like 'blackie', 'Pakis', 'those people' or 'they smell'.

Children might also 'react negatively to a culinary tradition other than their own by saying "yuk".'

Nursery staff are told: 'No racist incident should be ignored. When there is a clear racist intent, it is necessary to be specific in condemning the action.'

If children 'reveal negative attitudes the lack of censure may indicate to the child that there is nothing unacceptable about such attitudes'.

Nurseries are encouraged to report as many racist incidents as possible to local councils.

'Some people think that if a large number of racist incidents are reported, this will reflect badly on the institution,' it said. 'In fact, the opposite is the case.'

The guidance said that anyone who disagrees is racist themselves.

It also suggests cultivating the home languages of new immigrants - despite Government anxiety to promote the learning of English.

It said: 'English is now viewed as the major language of the world but this is not because it has any innate linguistic advantages - it is because English is the language of power in a world dominated by English-speaking peoples.'

Critics of the race programme for pre- school children labelled it 'totalitarian'.

Author and researcher on family life Patricia Morgan said: 'Stepping in to stop severe bullying is one thing, but this is interference in the lives of children. It smacks of totalitarianism.

'It is regulation of private speech and thought. They intend nursery staff to step into children's playground squabbles and then report them to the local council as race incidents. Who would ever have thought that the anti-racism crusade would go so far?'

A boy of ten has already been taken to court for calling a mixed race 11-year-old 'Paki' and 'Bin Laden' in a school playground argument.

The pair subsequently made up and became friends again, yet the Crown Prosecution Service decided to go ahead because the victim's mother made a complaint.

The ten- year- old eventually appeared at Salford Youth Court in 2006 where he denied a raciallymotivated offence under the Public Order Act of using threatening, abusive or insulting words or behaviour with intent to cause another person harm or distress.

But District Judge Jonathan Finestein (pictured) ordered the authorities to review their decision to prosecute.

He said of the defendant: 'I shouldn't think he understands Bin Laden or Al Qaeda. I'm not condoning what he supposedly said but there must be other ways of dealing with this apart from criminal prosecution.'

Prosecutors later decided not to pursue the case.

The slightest suspicion of the sin of racism is met with an inquisition any Pope woud be proud of, even children aren't spared the dogma of this creed.

All carried out with an arrogant, condescending moral superiority, the sure sign of the pious who refuse to consider their belief is false. Any questioners, any dissenters, are met with threats and abuse, as ever, the trademarks of the self-righteous who cannot see that they are the new bigots, the new inquisitors, the new hysterical fanatics who will not tolerate opposition.

That they will even copy the favoured tactic of the catholic jesuits and brainwash children -from the age of 3! - is yet another sign of how low these fanatics will stoop to further their creed.

This brainwashing is nothing more than child abuse. What a dispicable endictment that is on the marxist/liberal doctrine, a doctrine that, just like many before it, cannot stand on its own merit, it has to be imposed by fear of force.

If I had kids there is no way I would let them anywhere near a British school to be abused by these evil lunatics.