Fuck the BBC and the Traitor Government 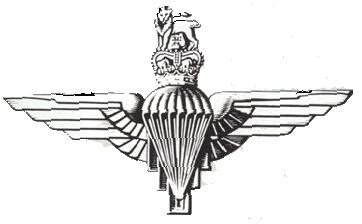 The BBC and the traitor Cameron are saying the Parachute Regiment should be ashamed of what happened in Northern Ireland.

They didnt want to go there - they were ordered to go there by the same traitor scum political parties that also sent them to Iraq and Afghanistan.

The Para's are combat assault troops, not the fucking police.

They should never have been doing policing duties in Northern Ireland.

There job is to be sent in and kill the enemy, not ponce about acting like social workers in fucking uniform.

Therefore the fault lies entirely with the corrupt British government and the IRA who triggered the Troubles in Northern Ireland and who sent them into the area that day.

The Para's are not guilty of anything.

The people who died were in an illegal march in an area known to be an IRA haunt and were marching alongside members of the IRA who had simply taken their balaclaves off for the day and picked up a placard instead of a machine gun.

They were the IRA's 'useful idiots', the shield the IRA hid behind for propaganda reasons.

The tragedy is that the dead were innocent, whilst the terrorists they stood beside are still alive.

In all wars innocent people die.

The Para's though are heroes.

He isnt fit to lick the boots of a single Para.

Posted by Defender of Liberty at 08:50

The pervious 13 months before bloody Sunday in Ulster were amongst the worst for the British Army.
In 1971 we (the British army) took literally 1000's of casualties, dead and injured.
It was a war, a proper war, although British government's would never admit to this.
In 1971-72 we lost more soldiers than both Iraqi wars and most of the Afghanistan war put together.
Sniping was an every day occurence. Many demo's and marches were a front to bring the British army out into the open to make easy targets.It was a well known IRA trick.
This happened every day. I can not see one reason why this march would have been any different. The British Army were out in the open making easy targets as news coverage shows us.
The Irish republican ARMY would have been fools not to have used this to their advantage.
It was the British army who were being attacked as news coverage shows, attacked by literally 1,000's of angry Provo supporters.
Behind the stone throwers were about another 10,000 protestors.The British army were greatly outnumbered.
It's a miracle that our troops did not suffer many casualties that day.
Youtube IRA or 'the troubles.

Couldn’t agree more. This piece on your blog is how it should be reported by the scum media. (Fat chance)

yes it was a civil war and innocents die, "collateral damage". The greater good of the greater number will require this at times as well. However I do admire the relatives of those killed in their dogged stance. They wanted the truth because as we know the truth and history is written by the powerful and in our island by the zionist corporate establishement.
Just remember soonit may be us they are shooting at and calling terrorists with weapons.
Let us hope though that Saville will not lead to show trials.