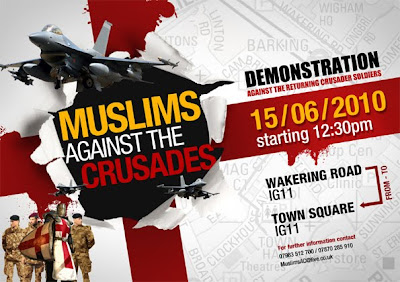 The police and government have no power to stop it as it is a static demonstration.

Therefore it is for us to resist the scum.

Bring gloves and masks as the police will be filming those who demonstrate against the Taliban filth who have been allowed to colonise our country by our politicians.

The resistance must come from the streets, as the government are cowards and traitors.


Link here for details on the scum ;

Posted by Defender of Liberty at 03:56

Of course us native Brits are at work at that time midweek but the colonisers have no such problem.

Something they will never be is British.

Sorry mate, I would and could never use that word to describe the filth that has been politically steered to our Home land.
Besides, it is not their fault,they are what they are; it is the scum commie filth we know as the Establishment who has brought them here.

I say, fuck the mussie scum, take it to the Politicians door steps.

Close up and personal , just like they have dont to us !