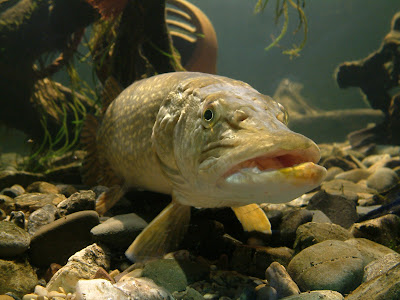 Amidst a snarl of willow root,
It lay in wait, in ambush,
Motionless, yet in motion,
Moving as imperceptibly as stars,
Drift across the face of night,
Delicate in its silver armour,
As that of the Lorica Squamata
Worn by Ceaser’s praetorians,
In Romes lost Ninth Legion,
Who vanished into mist and murk,
Of the wild Caledonian mountains,
Whose peaks ranged all around me,
And into the annals of infamy,
As ghosts glimpsed only rarely,
So arrogant in its demeanour,
Uncaring of my rapt attention,
Fearing only the oldest ghillies,
Who would hunt only the hunters,
Usurping them with their wiles,
Of hook and feathers, deftly woven,
Slipping so softly, sensuously,
Slick within the slipstream,
Graceful in each curl of current,
In the trap of shade and light,
It had set beside the river bank.

As golden sun beams gashed,
The crystal running waters,
Which rushed on rocks and gravel,
From the high moors overhead,
Down into the drowsy valley,
They would dazzle for a second,
With their fey lucent glamour,
Each and every wanderer,
Which went within its sanctum,
And as a warrior upon a battlefield,
So cunning, as if almost human,
It calculated with cruel reason,
Each time it struck and killed,
Seeming to exult in the savagery,
As a Roman reborn, delighting in death.


I watched the sacred ceremony,
Rituals of life and death,
Lightnings flash and stab,
The witcheries of its work,
Each sudden blush of blood,
As if from a gladius slash,
Or a ballista bolt, piercing,
The water, I watched them all,
The killings and the cull,
Until the hours of a whole day,
Had fled as if from a foe,
And its had its fill of kills,
Then with a flick of tail,
It swiftly fled into the flow,
Returning to its wild empire,
As it hunted the oldest of roads.

Oh Shit!!! You, you're a Muslim, aren't you? You fuckin muslim. You're trying to direct white Christians to hate Jews instead of the real enemy, Islam. Trying to create a diversion. I got your number now. Got to expose you...wherever you show up.

Pikes are cool my fav fish, kind of a freshwater shark yet few know much about them.

I find very few in this country know much about our aquatic life both inland and coastal.

we have many amazing creatures that are simply overlooked.

I have longed for a more indepth look at Britains aquatic life, perhaps there are some out there but i have yet to see any worthwhile or as lavish as the other aspects of nature.

I want to see the cod of our shores, our sharks, even seahorses, our pike in lakes and other such wonders often unique to this country and parts of Europe.

I once `caught` a pike fishing and it snapped my line, the fish then swam off with the a huge tennis ball sized sea float which went under the water just like in jaws - amazing fish with some real monsters out there.

Lee
This is really off topic
http://vigilantcitizen.com/

Have you seen this site? Illuminati and Freemasonry imagery in pop culture and in the arts, humanities, architecture and politics.

The Lady Gaga stuff is far out.

according to this jewish population study, 1933 europe, the 6 million figure just doesn't add up. Many millions fled into the soviet Union, and America and the UK and africa. and the Western Jewish population was small, just about numbering 1 million.
The majority were in Eastern Europe which came under Soviet control.


All together there are only 9+ million jews in Europe, east and west, in 1933. the majority in Eastern Europe, and many millions escaped from there, into Israel, America and the UK.
And I found this with a quick 5 minute google.

Theoretically speaking, if more lived in Eastern Europe then maybe possibly many millions of jews fled into the soviet union, joined the soviet army, or became prisoners of the soviets and sent to death camps or simply faded into society, or died fleeing the German army/Soviet army.
This seems more logical.

The numbers just dont add up.

Lee, only 4 million Jews lived in Easter and Western Europe in 1933, 2 million lived in the soviet Union.

you also dont have to publish this but this is the first accurate study I have fod of jews living in europe and it comes from a jewish source.

"You're trying to direct white Christians to hate Jews instead of the real enemy, Islam"