Slavery and the Confederacy 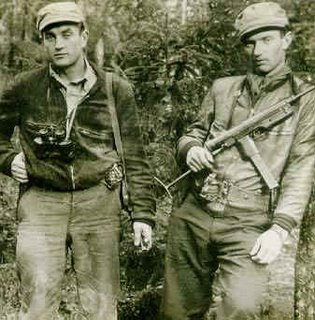 
Three things that must never be challenged as if you do you then become a pariah ;

1) The Confederacy was run by evil racist, slave traders who went to war to retain slavery.

This lie is important as it is used to ensure the citizens do not question the actions or legitimacy of the Federal Government. As long as American citizens believe that Free States were merely evil slave traders, that the war against the Northern Bankers and corrupt politicians was a war for slavery instead of for states rights guaranteed under the American Constitution and that the Confederate cause was 'racist' and evil - then they remain as idiot slaves of the Federal Government, the same government that invaded Iraq, killed millions of innocent Iraqi civilians and which is busy pillaging the world for oil as it kills American soldiers to enrich the oil companies and appease AIPAC. Only when you believe the enemies of evil are themselves evil, do you confuse good with evil.

This is because the Holocaust is now an economic and political weapon for extremist Far Right Jewish legal and lobby groups to use for profit and self empowerment, for Zionist groups to use for their own ends and for Israel to attack anyone that dares question their Zionist National Socialism and state terrorism.


3)That all those who fought for Germany in World War 2 were evil.

This is simply 'idiot thinking' as this includes some real heroes of mine such as the Estonian Forest Brothers, who first fought for the Germans, who were then arrested by the Germans as a 'Nationalist threat' to the domination of the Nazi Empire over Eastern Europe and who at the end of the war carried on fighting the Communists and Soviet Union until well into the 1980's. Some of them stayed in the forests of Estonia and fought the Russians and Communism until the fall of the Soviet Union and Estonian independence itself. Note that the Hindu, Muslim and Sikh Waffen SS units are never regarded as evil for fighting alongside the Nazis against the allies.


History is merely a reflection of the present political elite in power.

Those in power dictate 'history'.

History is nothing but a whore who sells herself to the highest bidder.

"This was a recognition of American terrorists."

That is CNN's Roland Martin's summary judgment of the 258,000 men and boys who fell fighting for the Confederacy in a war that cost as many American lives as World Wars I and II, Korea, Vietnam and Iraq combined.

Martin reflects the hysteria that seized Obamaville on hearing that Gov. Bob McDonnell had declared Confederate History Month in the Old Dominion. Virginia leads the nation in Civil War battlefields. So loud was the howling that in 24 hours McDonnell had backpedaled and issued an apology that he had not mentioned slavery.

Unfortunately, the governor missed a teaching moment -- at the outset of the 150th anniversary of America's bloodiest war. Slavery was indeed evil, but it existed in the Americas a century before the oldest of our founding fathers was even born. Five of our first seven presidents were slaveholders. But Virginia did not secede in defense of slavery. Indeed, when Abraham Lincoln was inaugurated, March 4, 1861, Virginia was still in the Union. Only South Carolina, Georgia and the five Gulf states had seceded and created the Confederate States of America.

At the firing on Fort Sumter, April 12-13, 1865, the first shots of the Civil War, Virginia was still inside the Union. Indeed, there were more slave states in the Union than in the Confederacy. But, on April 15, Lincoln issued a call for 75,000 volunteers from the state militias to march south and crush the new Confederacy. Two days later, April 17, Virginia seceded rather than provide soldiers or militia to participate in a war on their brethren. North Carolina, Tennessee and Arkansas followed Virginia out over the same issue. They would not be a party to a war on their kinfolk.

Slavery was not the cause of this war. Secession was -- that and Lincoln's determination to drown the nation in blood if necessary to make the Union whole again.Nor did Lincoln ever deny it. In his first inaugural, Lincoln sought to appease the states that had seceded by endorsing a constitutional amendment to make slavery permanent in the 15 states where it then existed. He even offered to help the Southern states run down fugitive slaves.

In 1862, Lincoln wrote Horace Greeley that if he could restore the Union without freeing one slave he would do it. The Emancipation Proclamation of Jan. 1, 1863, freed only those slaves Lincoln had no power to free -- those still under Confederate rule. As for slaves in the Union states of Delaware, Maryland, Kentucky and Missouri, they remained the property of their owners.

As for "terrorists," no army fought more honorably than Robert E. Lee's Army of Northern Virginia. Few deny that. The great terrorist in that war was William Tecumseh Sherman, who violated all the known rules of war by looting, burning and pillaging on his infamous March to the Sea from Atlanta to Savannah. Sherman would later be given command of the war against the Plains Indians and advocate extermination of the Sioux."The only good Indian is a dead Indian" is attributed both to Sherman and Gen. Phil Sheridan, who burned the Shenandoah and carried out Sherman's ruthless policy against the Indians. Both have statues and circles named for them in Washington, D.C. If Martin thinks Sherman a hero, he might study what happened to the slave women of Columbia, S.C., when "Uncle Billy's" boys in blue arrived to burn the city.

What of the Sons of Confederate Veterans, at whose request McDonnell issued his proclamation? What racist deeds have they perpetrated of late? They tend the graves of Confederate dead and place flags on Memorial Day. They contributed to the restoration of the home of Jefferson Davis, damaged by Hurricane Katrina. They publish the Confederate Veteran, a magazine that relates stories of the ancestors they love to remember. They join environmentalists in fighting to preserve Civil War battlefields. They do re-enactments of Civil War battles with men and boys whose ancestors fought for the Union. And they defend the monuments to their ancestors and the flag under which they fought.

Why are they vilified? Because they are Southern white Christian men -- none of whom defends slavery, but all of whom are defiantly proud of the South, its ancient faith and their forefathers who fell in the Lost Cause. Undeniably, the Civil War ended in the abolition of slavery and restoration of the Union. But the Southern states believed they had the same right to rid themselves of a government to which they no longer felt allegiance as did Washington, Jefferson and Madison, all slave-owners, who could no longer give loyalty to the king of England.

Consider closely this latest skirmish in a culture war that may yet make an end to any idea of nationhood, and you will see whence the real hate is coming. It is not from Gov. McDonnell or the Sons of Confederate Veterans.

Posted by Defender of Liberty at 03:30

It wasn't the British people themselves that engaged in the slave trade, it was African Chiefs selling slaves and the establishment elites buying and transporting to THEIR plantations, but we the little guys continue to get the blame.
Komrad Kameron should be apologising for his ancestors, not mine.

I should read this I know - but - I disagree with the whole structure. The Confederacy - as far as I am aware - is held as a noble, freedom-fighting, romantic period in American history. So where is all this anti-Confederate rhetoric coming from? I used to support the North till I READ. In Eastern Europe the Confederate flag was/is used to represent freedom and anti-state tyranny.