Well Done to the EDL in Barking 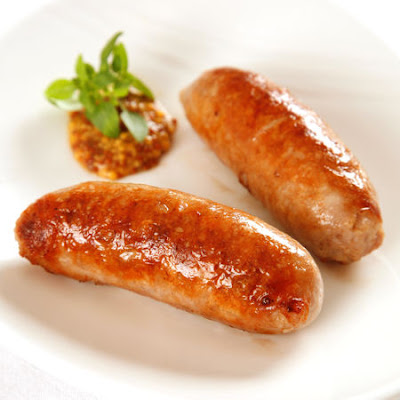 Image - stick that up your jackseys, you Islamist arseholes.


Well done to all the lads and lasses in Barking today who demonstrated against the Islamist filth.

Next time lets hope the police aint there.

Then justice will be delivered.

A group of extremist Muslims prompted violent clashes at a homecoming parade for British troops today after they heckled soldiers and called them 'murderers.'

The chants were drowned out by a large mob on the opposite side of the street who retaliated with jeers of 'Traitors' to the Muslim protesters.
Clashes

Clashes: Police hold back Muslim protesters as they trade insults with English Defence League members while soldiers take part in a homecoming parade in Barking, Essex

The hour-long parade had been delayed due to growing tensions between the two sides, with anti-Mac protestors singing God Save the Queen and drinkers at a nearby pub hurling frozen pork sausages at the Muslims.

Moments after the soldiers passed through tensions reached boiling point and the anti-Mac campaigners broke through the barricades, charged across the road and traded punches with the Muslim throng.

Police quickly separated the mob, with one man wrestled to the ground, handcuffed and led away while the police made a ring surrounding the Muslim group.

They then had to hold back the anti-Muslim group as the Mac protesters made their way to a tube station.

Two men were arrested after the violence, for public order offences.

'This is not the reception these boys and girls deserve. But it is democracy in action.' Earlier the Muslim group was attacked by a barrage of eggs.
Police lead away the protesters from the Muslim Against the Crusade Group as they face jeers from English Defence League members

One member of the Mac group used a megaphone to shout: 'This is a protest against parading in a Muslim area. We love death the way you love life.'

He branded British soldiers as 'butchers' and 'despots'.

The Muslim protesters chanted 'Democracy' as they had an uneasy stand-off against a mob, some waving St George's Crosses, Union flags and an English Defence League flag.

Anti-Mac protesters sang 'I'll be English 'till my dying day,' and jeered 'We pay your benefits'.

Further down the street onlookers, who had arrived simply to pay their respects to the soldiers, were disgusted by the scenes.

The girlfriend of a Royal Anglian soldier killed in Afghanistan said the extremists should have been banned from attending the parade.

Lance Corporal Scott Hardy, 26, from Chelmsford in Essex, was killed in an explosion near Musa Qala on Tuesday March 16, just weeks before he was due to return home.
Two men were arrested after police intervened during the violent clashes

Two men were arrested after police intervened during the violent clashes

Lance Corporal Hardy's partner Charlene Byrne, 24, said: 'It's absolutely disgusting. I know this kind of thing has happened before in Luton but I don't understand how it has been allowed to happened again.

'It's terrible that this group has got away with it. Obviously not everyone supports what's happening in Afghanistan, there are people who are very angry about it, but they shouldn't take it out on the soldiers.'

Emily Penson-Clark, who took the day off work to support the soldiers with her young daughter and parents said: 'I think the protesters are filth. I'm here to support our troops. They put their lives on the line for us. I've got three words: Help for Heroes.'

The soldiers remained undaunted by the abuse, and marched through the town centre with fixed bayonets, accompanied by the Minden Band, a Colour Party and two guards of 70 officers and non-commisioned officers.

It's a proud day for the English. We are actually fighting back against the invaders instead of watching the tele.
Never thought i would see the day.
Can the hero's who were arrested be named and be given a reward.

lmfao,
Re- hurling frozen pork sausages at the Muslims.

I would have fkn wet myself if I saw the Sausages being thrown, what a laugh.

It's funny when the muslim extremists excercise their right to free speech it is welcomed but as soon as a native says something that is an any way deemed unPC you can be prosecuted for a "hate crime".

There was a council spokesman who laboured the point that these muslims "did not represent the muslim community", so where were the so called moderate muslims?......Donna

"and marched through the town centre with fixed bayonets,"

Yet if this scene was in Afghanistan then those British troops would've been ordered to have used those bayonets to round up the islamic extremists.

Either we ARE fighting a war against extremist Islam or we are not. There should be no grey areas in this war.

Just the fact that the police didn't round up the muslim extremists just proves that the British troops are in Afghanistan solely to shore up a western puppet regime and protect the future oil and gas pipeline, plus the mineral deposits, which equals as trillions of dollars for the USA and Europe.