The Vision of Albion 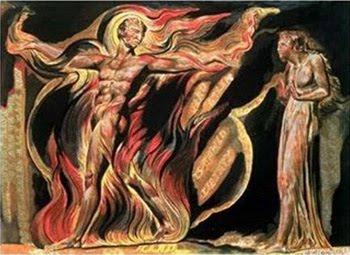 I was speaking to someone earlier who is linked to certain English Nationalist political parties, and he was explaining to me how these groups were trying to appeal to disgruntled BNP members.

We each ensure the other cannot take power.

What is required is a British Cultural Nationalist political party that supports and demands the fulfilment of English Nationalist demands - this being ;

1) The formation of an English Parliament

2) The right in law for indigenous English people to form their own political structures, community, housing, educational facilities, social organisations and cultural movements.

This is required for the following reasons ;

The idea of Britain and England being hostile towards each other must never occur.

Such a fusion British Nationalism and English Nationalism will not occur in a political landscape of mutually hostile and competing parties, so it must occur within one political party or via one strategic political alliance.


I suggest the following models ;

The English Nationalists will not work with the BNP under Griffin.

They will also not work with a BNP that has not undergone a radical rebrand to remove the stain of extremism.

I do not believe that Griffin, for the sake of both British Nationalism and English Nationalism, will stand down as the BNP leader and allow the party to have a radical rebranding.

Therefore it may be required to establish a new political party on this new ideological basis in order to achieve the aim of fusing British Nationalism and English Nationalism.

If we can do this, we stand a real of success.

It will allow us to re-nationalise our country, people and culture at the same time as we create a new ethno-communal identity and consciousness, which will allow us to create from the present state of social chaos a new cohesive national community and indigenous English, Welsh, Scottish and Anglo-Irish communities with an ethnic consciousness, political structures and communal structures.

That is the aim of both political movements, it is the very definition of our desired victories.

This truly would The Vision of Albion that poets like William Blake foresaw and espoused, and the beginning of a British national and English cultural renaissance.

Posted by Defender of Liberty at 13:23

They are Political, Ethnic and Cultural mechanisms, not true separatist movements.

Therefore the fact they run their own affairs as Parliaments does not affect the true union of the British Nation.

Therefore there will always be a Unionist movement and Unionist MSP's and MP's in Scotland, Wales etc who will sit in the Scottish Parliament, Welsh Parliament, English Parliament etc - even if they were fully independent national state parliaments.

A new political movement that stands in those Parliaments that represents a new form of Britishness that promotes a vision based on the promotion of our indigenous cultures and indigenous peoples is what is needed.

That is where this new party will come in.

That is the vision we offer, a new vision of Britishness that promotes culture and ethnicity instead of mere political differences.

What a fantastic article.If only the above could come true.
Nationalists are very stubborn people and anyone that has been purged or has left should be asked to return personally and probably more than once by somebody they respect.
A code of conduct should be adopted i.e never say a bad word about another Nationalist.If someone is heard bad mouthing a fellow Nationalist they should be confronted by fellow Nationalists.
Esprit de corps should be taught by the party and encouraged. All Nationalists should treat their fellow comrades as family.

Personally, I'd like to see Scotland, Ireland, Wales even Cornwall have a degree of autonomy if they wished, so long as we all remember, it's a big bad world out there, we MUST work together.
So yes, a Welsh Nationalist group may only be able to achieve so much, but a British National Party that offers the Welsh as much independence as they wish, so long as they understand even the largest component of the UK, IE England is tiny in comparison to most other countries.
Britons, Scotss an Welsh, Irish should preserve their identities and cultures, so too should the Spanish, Spain is more like blackpool on a sunny day.