Is The Tipping Point Here ? 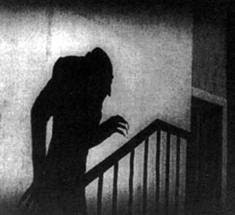 You can sense it cant you, the spirit of death approaching our world.

It is distant now, but it is slouching closer daily.

Like a vampyre climbing up the creaking stairs in the middle of the night, you can sense it approaching.

You cannot see it, but you know its coming.

Silent in the darkness and treading oh so slowly, and so carefully, so as not to alert its terrified prey.

I cannot discern its true form just yet.

It is nebulous, almost protean.

Shifting from form to form amidst the connections of the web of fate, it evolves instant by instant.

But you can feel its sinister intent.

It is like the lead up to the 911 attacks, when you could sense this epic event was about to happen and that was approaching us from the future - for the weight of its impact was a burdern upon us long before the actual event.

Jung said that some events are so epic that they cast a shadow forwards in time - long before they ever happen.

Will it be a comet strike, a solar flare that brings down civilisation, an attack on Iran that triggers WW3 or a terrorist event that will change the shape of the future forever - such as a nuclear plant being hijacked and blown up ?

But you can feel this event moving towards us through future time itself.

A darkness that seeks its birth.

I suspect its cradle will be the Middle East, the sand and dirt upon which it will be born.

Will the deserts burn again, where the blood red roses bloom in the night of day ?

Will the old desert gods, their ancient dusty throats parched by time, awake to lap again at the limpid blood pools of fresh sacrifices ?

Will the hill where the shadow of the cross once fell, witness now a new crucifixion, though this time of a nation and a people engulfed in an atomic conflagration ?

Will wild poppies bloom bright on Persian sands, furious as dying suns, and scorch the desert into glass ?

I sense this thing.

The death birth cry of the New World Order.

Posted by Defender of Liberty at 05:50

Sean Hoare and Dr Kelly died on the 17th July.
Both bodies discovered on the 18th July -

What a coincidence eh.

Also, if I were a Tory MP, councillor or member, I would be be very concerned about being phone-hacked, email tracked and spied on by Camerons goons.
Cameron is up to his neck in all this .............. while he's busy handing out billions to third world scum.

I know what you mean!!

Makes any attack less likely -spoils it if we all know!!!!


London intelligence insiders, speaking on condition of anonymity, inform us that Mossad is planning a false flag operation against the city’s new Olympic stadium for mid-August. August 12 is a day to mark, they say, since it will be one year before the 8/12/2012 opening of the London Summer Olympics. They add that young Pakistanis living in the poorest parts of London will be blamed, and that Scotland Yard has already prepared a long list of suitable suspects.

Many think that 7-11-11 will be the day that the US Stock Market will collapse; but whether or not this will happen on that date is not the point. The point is that the time has come for all our blatant disregard for the greed and arrogance of the uncommon-criminals that have run this civilization into the muck of history to finally have to pay for everything that we have been doing for far too long.

Our ‘troops’ have been murdering unarmed people around the world for so long that most see this as just part of the inevitable price we pay for our place as the leaders of the world. No one asks if anyone, besides ourselves, wanted us to assume this role as “the self-appointed-leader of the whole-wide-world.”

See video of same name at You Tube-Rage and Outrage Waiting..it's very chilling.


Welcome to PAYBACK and good luck dealing with all those people that will be on their way to OUTRAGE without a second glance before the powers that believe they are invincible can even mobilize any real resistance!

Collapse is coming not if- it's coming!

End of summer or fall.

This collapse will be global and it will bring down not only the dollar but all other fiat currencies,as they are fundamentally no different. The collapse of currencies will lead to the collapse of ALL paper assets. The repercussions to this will have incredible results worldwide.

We know just who we have to thank!!

USA won't be protecting anyone- it will be too occupied at home.