Gary Glitter and The Prophet 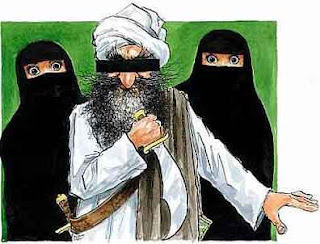 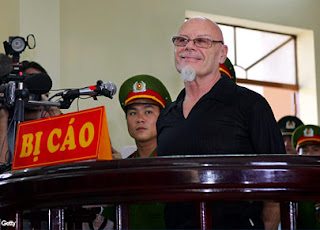 Here is a story of two men in their late fifties.

Both of them liked to have sex with children.

Both of them were famous, respected, powerful, charismatic and both groomed and had sex with very young girls.

One went to prison, one formed a religion.

One of them is regularly attacked in the media as a vile pederast, whilst the other is never mentioned by the media as being a child molester.

Whilst the name of the one is able to be used to silence the media in the name of Islamaphobia, the other is used by the media to stir up hatred against pederasts in the community.

One of them is on the sex offenders register - whilst the religion of the other is taught in our schools.

One of them is banned from the radio and his songs blacklisted - the other has a call to prayer ringing out across our streets day after day from mosques.

One of them has served time in prison, the other is considered holy.

One of them lives in a culture that despises pederasts but where the media is run by cowards, liberal quizlings and degenerates who choose self consership rather than defend liberty - the other is respected by the media, feared by the journalists and used to undermine and destroy our right of free speech and democratic freedoms in the name of 'tolerance'.

One of them has terrorist groups killing people in the name of their religion, the other sits in a Thai jail.

Whilst one of them is excused by the media for their crimes against a child in the name of 'cultural relativism', religious tolerance and multi-cultural harmony, the other is routinely described as a scumbag criminal for violating the sanctity of an undeveloped childs body.


What a sick, sick society we live in.

No logic exists - we live drowning in an insane society ruled by fools, cowards and criminals who use the law as a mechanism to kill democracy and liberty.


This is a psychotic society, a society where the terrorists have already won beause those that lead have chosen to surrender to them and their demands.

Our leaders pass laws to silence the screams of the victims before the echo of the terrorists bombs has even faded away.

This is a society that criminalises truth and glorifies evil.

This is a society where logic and truth have been replaced by fear and the craven arselicking of extremists and lunatics whose violent psychosis is regarded by supine liberals as a manifestation of their religion.

This society is sick and needs to be euthenased, and in its place a society and a new natural order created based on health and life, not sickness and death.