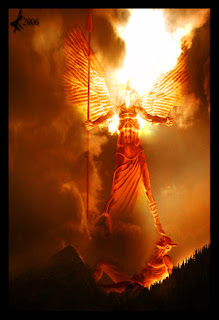 Hitler had the Hitler Youth to look out for crimes by their parents against the Aryan race, Stalin had the Spartacus Youth Movement spying on their parents to protect the socialist revolution, Mao had his Red Guard Youth to hunt down middle class reactionary parents and now the Globalist Capitalist scum have their new youth movement of brainwashed schoolkids spoonfed bullshit about climate change to hunt down and denounce their parents involved in 'climate crimes'.

The only climate criminals are the liberals and leftists and capitalists that give aid to the developing world so they spawn ever more unwanted and unfed babies doomed to die in the next famine.

We should have an 'Aid For Population Reduction Deal' - in other words we give them money that is then spent on sterelisation programmes.

No more food aid, no more financial aid - just money for doctors to go into those nations and sterelise those who have more than one child.

The White Race is the ONLY racial group whose population numbers are below replacement level, in other words we have less babies than we have deaths and so our racial numbers are falling.

At the same time we keep spendin our wealth and money on feeding those racial groups who wont stop reproducing - this is insanity.

At the same time as we fixate about climate change we subsidise those racial groups and nations that keep on spawning ever more unwanted kids.

THIS HAS TO END.

The liberals still clap themselves on the back about Live Aid - without admitting their pathetic actions merely ensured more unwanted kids were born in a nation which caanot feed them.

Four million still receive food aid, and almost half of Ethiopia's babies are still malnourished. The rains failed for three consecutive years from 1997 and the country entered the new millennium by once again filling television screens with harrowing images of famine victims.

By 2003, 14 million people faced starvation. Ethiopia had to receive 1.44 million tonnes of food to avert another disaster. And if famine does not kill them, disease will - Ethiopia has the third-largest number of people living with HIV/Aids in the world and life expectancy is just 42 years.

Economically, the country is still one of the poorest in the world and in the past 20 years the price of coffee, Ethiopia's major export, has fallen by 73 per cent.

By the year 2050, the Washington-based Population Reference Bureau says Ethiopia's population will grow by an astounding 120 percent.

That means in 44 years, the population of Ethiopia is expected to be around 169 million people.

UNLESS THEY STOP REPRODUCING THEY MERELY PERPETUATE THEIR OWN SUFFERING - AND WE KEEP ON FUNDING THEIR REPRODUCTION.


CLIMATE CHANGE IS A LIE - IT SIMPLE HUMAN OVERPOPULATION !

The Liberal scum have killed more people through their actions than most of the great dictators.

A William Blake said ' The Road to Hell is paved with good intentions' and the liberals have led Africa and the world to the gates of hell itself !

A leading British energy company blitzed the newspapers with full page colour advertisements this weekend which encourage children to sign up as "climate cops" and keep "climate crime case files" on their families, friends and neighbours.

The ads, run by Npower, promote a website at www.climatecops.com where "trainees" must complete three missions before they can join the "elite cadets" and "train to become a climate cop".

These missions basically consist of a barrage of eco propaganda which the child must simply engage in in order to be accepted as a special agent of the green brigade.

The site offers a selection of downloads, including a pack of “climate crime cards“, which instruct recruits to spy on families, friends and relatives, encouraging each of them to build up a written “climate crime case file”.

"Report back to your family to make sure they don't commit those crimes again (or else)!” one section states, before reminding recruits to keep a watchful eye on parents and even extend their web further. "What about the homes of aunts and uncles, or friends from school?" it suggests.

The concept brings to mind George Orwell's classic Nineteen Eighty Four, in which children are encouraged by authorities to spy on their own parents and turn them in for minor transgressions against the State.

The site also has sections for teachers to gather materials from.

The following full page ads appeared in British newspapers this weekend - they detail seven different "climate crimes" which include using a tumble dryer, leaving a door open (how evil) and not using energy saving lightbulbs, the very same that have to be left on all the time in order to actually save any energy, are bigger and heavier than traditional incandescent bulbs, require up to ten times as much energy to manufacture, use banned toxic materials, including mercury vapour, and are expected to cost the consumer millions in replacement of household fittings If Npower has its way, parents all over the country are going to find themselves having to explain to their children why they have not paid out to have their home refitted to accommodate light bulbs that cost up to 20 times as much as incandescent bulbs and have not invested in the latest energy saving roof insulation and draft excluders.

This is somewhat rich given that the majority of British families are currently struggling to buy eggs and milk, while energy companies continue to make record profits and announce plans to INCREASE gas and electricity prices.

This concept perfectly demonstrates how it has become the norm to label anyone who questions the climate change "consensus", and still attempts to engage in free thinking debate, as a scourge on society, a "criminal" an "offender" or even a "denier" with all the connotations that word comes with.

Government and corporate fueled alarmism about global warming - which has not occurred in the last 10 years nor will it occur in the next 10 years - is accelerating the creation of new forms of malthusian control over our lives. Those who don’t submit to the whims of the climate cult are derided as second class citizens and subjected to a new manifestation of 1950’s style segregation.

Aunts and uncles, you better hide your washer dryers in the garage or concealed areas of the house, because you are next on the list of the climate cops.

There is a profound sickness in enforcing upon children the idea that they are changing the world when in actual fact they are doing the bidding of corporate elites and megalomaniacs, who have publicly announced their plan to use global warming alarmism as a means of tightening the screws on our freedoms and ultimately eliminating us altogether.

I have a better idea for Npower's climate cops. Report Npower for printing full page colour ads in newspapers. Your dad leaving the television on standby for 10 years will not waste as much energy as those ads already have.

Also add the climate cops website to your “climate crime case file” as it encourages the printing out of utterly pointless and totally wasteful (not to mention thoroughly annoying) full colour door hangers, posters,"climate crime cards" and "fun packs", all of which will no doubt end up at the bottom of landfills across the country after fuming parents and neighbours find them littered all over their property.

Apart from the nauseating self-piety and hypocrisy, this begs the question: What value do we place on our children and the family unit? Is it now acceptable to brainwash our children and turn them against their own flesh and blood? All for an outright lie?

I think this is diabolical and these bastards have the neck to label those of us who support the BNP as fascists.

As for Ethiopia, I learned recently that the population in 1984 - when the media began covering the famine - was 35 million. It is now at 70 million so we have funded a popultaion boom in a country that has very little arable land and cannot feed itself. We are being conned - no, it is worse than that, we are having the piss ripped out of us, we are being treated with contempt by our own corrupt elite. An elite who will lead us down the path to destruction as well as causing so mich suffering to people they are claiming to be helping. It absolutely stinks the place out.

I realy do hope the BNP will one day make the vile, profiteering, self righteous lying scum pay dearly for their crimes against our society.