The Slow Death Of America 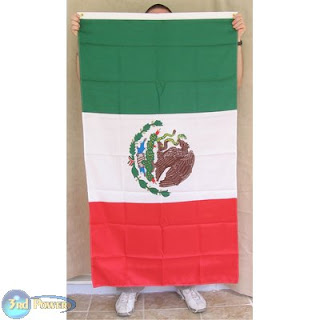 Modern America is primarily a product of the Anglo-Saxon culture that built the foundations of the America of today.

Alongside those Europeans who built the modern America were the emancipated black slaves, the chinese workers and the Native Americans who all contributed to the creation of modern America.

Yet it cannot be denied that in language, culture, law, liberty and character Modern America is a manifestation of Anglo-Saxon Culture.

The various peoples who can call themselves the true Americans are those whose ancestors who built America, be they white, black, Native American or the descendants of Chinese workers.

These people alone are the True Americans - their ancestors built the modern America. Frequently at war with themselves, frequently united in war against external enemies, they form an uneasy alliance but each can say with pride that they are truly Americans, for their ancestors collectively shed the blood that built the country they call home.

Hispanics and the rest of the immigrants who now form the mass of the new populace that will outstrip the True Americans in the 21st century, have no roots in the history of the US. Their past is in alien nations, not rooted in the history of America.

These will have no respect or care for Anglo-Saxon Culture or the contribution that Whites, Blacks, Native Americans and Chinese have made to American History.

For them American history does not exist, only Hispanic History or the history and culture of whatever country they come from.

For them the civil rights struggle of the Black Americans (not an African American - thats what Obama is, as his father was from Kenya) will be meaningless. Hispanics hate blacks. Watch any documentary on the US prison system and you will see that Hispanic gangs hate everyone who isnt Hispanic.

The prison system of any nation is the most accurate reflection of that society in a micro-cosm.

Ignore all the PC ' lets all pretend race doesnt exist ' bullshit of the liberals, and all the crap the media print about 'racial tolerance' blah blah blah - RACE EXISTS and in prisons EVERYTHING revolves around the issue of race.

Do you know what a white liberal anti-racist is called in a US prison ?

Its either 'the corpse' or 'bitch'.

In US prisons the fallacy of 'anti-racism' is revealed in all its pathetic reality.

What you see in the prisons today, is the reflection of American society in the future.

Obama is the last gasp of the liberal dream, for once this generation of white and black american morons raised on TV poison and liberal media bullshit dreams passes into dust - the new americans of the 21st century, the 150 million plus of the projected demographic rise, will vote simply on the grounds of their race and ethnicity.

The New Racism is based on colonisation - in that the colonists of today will vote on racial grounds in the future.

LA RASA IS THE FUTURE HOMMES !

In the New America built on recent immigration the civil rights struggle of black americans will be irrelevant and forgotten, and will be about as meaningful to the new americans as the struggle of Southern whites against the Northern Bankers in the Civil War or that of the Apache to hold onto the Black Hills - as a new anti-black and anti-white racism will erupt as hispanics reveal their true racism once they form their own demographic power base.

In the New America the white liberal half wit, raised from birth on the septic tit of the TV and its endless multi-cultural pap, will discover that his / her liberal rhetoric about 'lets all respect each other' will be so much bullshit.

Everyone hates whitey - and white liberals are merely making sure their grandkids are gonna be the despised minority of ethnic fascists.

The New America is not American - it is about as American as a new passport.

What you are witnessing is the slow death of America hommes !

Minorities set to be US majority

Population projections are subject to a variety of factors
White people of European descent will no longer make up a majority of the US population by the year 2042 - eight years sooner than previous estimates.

The big change is among Hispanics and Asians whose share of the population is set to double to 30% and 9%.

The population is also ageing: by 2050 one in five residents will be aged 65 or over, up from one in nine today.

The US Census Bureau's latest projections are based on birth, death and current immigration rates.

The projections show that the US population is expected to rise from 305 million people to 439 million by 2050, but it will be a population that looks quite different both in age, race and ethnicity.

According to the census bureau's statistics, people who regard themselves as Hispanic, African-American, Asian, American Indian, Native Hawaiian and Pacific Islander will become the majority by 2042.

Officials had previously projected that this change would happen in 2050.

The new projections suggestion that by 2050, minorities will account for 54% of the population and non-Hispanic whites 46%, down from their current 64.7% share.


Immigration and higher birth rates among US minorities, especially Hispanics, are accelerating the demographic changes.

Hispanics will see their population nearly triple from 47 million to 133 million, causing their share of the population to increase from 15% to 30%.

Asians will also see a big increase, with their numbers growing from 16 million to 41 million.

Single-race Asians will account for 8% of the population and 9% including those of mixed race.

The black population, including those of mixed race, will show a slight increase from 14% to 15% of the total.

It is likely that the demographic changes will be experienced right across the country - and no longer confined to urban areas as in the past.

The population will also be ageing, with some 88 million people, predominantly white, being aged 65 and over.

The number of people over 85 years old will more than triple in the next 40 years, reaching 19 million.

"The white population is older and very much centred around the ageing baby boomers who are well past their high fertility years," William Frey, a demographer at the Brookings Institution think tank, told the Associated Press.

"The future of America is epitomised by the young people today. They are basically the melting pot we are going to see in the future."

The Census Bureau points out that its projections are subject to big revisions, depending on immigration policy, natural or man-made disasters.

The projections are also subject to changing cultural definitions and the way people see themselves.

The New York Times notes that in earlier eras Irish, Italian and Eastern European Jewish immigrants were not universally considered as whites.

Until the 1960s, Hispanics were not counted separately by the census and Asian Indians were classified as whites, the paper reports.

Posted by Defender of Liberty at 08:40

I believe that Wilmot Robertson raised some of these issues in The Dispossessed Majority back in the 1960s.

It all appears to be happening.

Re: Hispanic gangs, I recall the FBI rated the mainly Hispanic MS-13 gangs as among the most dangerous in the world. I believe they have links with other groups that have common ground w.r.t. hatred for whites.

They also seem to control large stretches of suburban areas on the west coast of the US.

All of which is cause for concern.

i liked a lot but couldn't take anymore of the rant. when you started crying about the liberals i had enough. the fact is, who has really opened up our borders are the conservatives! the Republican Party today, and coward Bush, is a tool for the corporate interests of world without borders. but they trick americans into flying off at liberalism and letting them off the hook. they must be having a good laugh. in fact, we should be focused on both ideologies and both parties.

on this blog I operate an equal oppurtunities hatred policy - I hate all the bastards right and left.

Every day in every way i try to spread a little hate to make the world a better place,