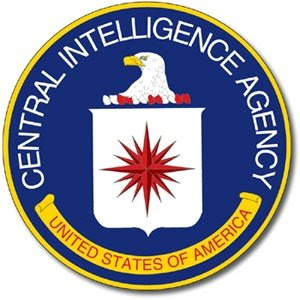 The White House ordered the CIA to forge a hand-written letter from the head of Iraqi intelligence to Saddam Hussein fabricating a visit by an al-Qa'eda operative two months before the September 11th attacks, according to a new book.

Ron Suskind claimed in "The Way of the World" that the letter was designed to portray a fictitious link between the dictator's regime and al'Qa'eda as a justification for the Iraq war.

Branding Mr Suskind's book "gutter journalism", the White House flatly denied as "absurd" any notion that it had ordered any forgery.

Suskind writes that the letter's author, Tahir Jalil Habbush al-Tikriti, the former head of the Iraqi Intelligence Service, had been in contact with the Bush administration and MI6 before the March 2003 invasion.

"The White House had concocted a fake letter from Habbush to Saddam, backdated to July 1, 2001," Suskind writes.

"It said that 9/11 ringleader Mohammad Atta had actually trained for his mission in Iraq - thus showing, finally, that there was an operational link between Saddam and al Qa'eda, something the Vice President's Office had been pressing CIA to prove since 9/11 as a justification to invade Iraq. There is no link."

The author also claims that the Bush administration had information from a senior Iraqi intelligence official stating "there were no weapons of mass destruction in Iraq - intelligence they received in plenty of time to stop an invasion".

Suskind states that according to Nigel Inkster, the former assistant director of MI6, the intelligence service sent Michael Shipster, one of its top officers, to Jordan for meetings with Mr Habbush. Suskind writes that Mr Inkster confirmed that Mr Shipster was told by Mr Habbush that there were no illicit weapons in Iraq.

Mr Inkster added that Saddam was focused on his own image and was worried about how he was viewed by Iran, and that Saddam didn't think a US invasion "was a serious proposition".

Suskind says he asked why Mr Blair did not act on the spy's intelligence and Sir Richard is quoted as saying that Mr Shipster's mission was an eleventh-hour "attempt to try, as it were, I'd say, to diffuse [sic] the whole situation".

The former spy chief added: "The problem was the Cheney crowd was in too much of a hurry, really. Bush never resisted them quite strongly enough.

Yes, it was probably too late, I imagine, for Cheney. I'm not sure it was too late for Bush."

The letter's existence was first reported in December 2003 after a copy was passed to The Sunday Telegraph by a member of Iraq's transitional government.

Posted by Defender of Liberty at 04:17

War Criminals to a man jack one of them.

You need to watch this Lee


You will need to type: "4/7 - Syndrome of Control - Lindsey Williams" into the search box as number 4 does not show up!