You Couldnt Make It Up ! 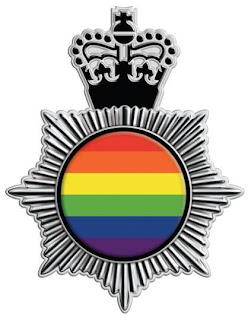 As if the police couldnt get even more of a laughing stock - now they stop fighting crime to get transexual training !

Humberside Police has been criticised for taking officers off frontline duties in a crime-ridden neighbourhood to send them on sex-change training.

The move is in response to one of their colleagues undergoing treatment to change from a 42-year-old married man into a woman called Lauren.

But senior officers have said it constitutes "political correctness gone mad" to have staff on anti-discrimination training when they could be out on the beat.

A total of 510 staff - including 344 police officers - working for Humberside Police in North East Lincolnshire received a letter from the chief superintendent saying they had to attend the half-day training course to help PC Lauren's transition.

The training is likely to cost thousands of pounds but could help to protect the force from a potentially embarrassing lawsuit if PC Lauren were to experience discrimination.

Kevin Sharp explained in his letter that she suffered from gender identity dysphoria, which left her feeling like a woman trapped in a man's body.

"As from today, Lauren starts her new life and over the next few weeks you will receive awareness training during which you will be able to read a personal letter from Lauren," he said.

"I trust you will have the same determination as I have to help Lauren return to work with as little fear and trepidation as is possible. . . but feel much happier than she has ever done before."

Humberside Police's A Division covers Grimsby and the surrounding area in North-East Lincolnshire, which according to the force website suffers from a "disproportionately high level of crime and disorder".

Nearly 30 per cent of residents live in 10 per cent of the most deprived boroughs in England, and last year police recorded in excess of 27,000 crimes there - more than a third more than the average.

One unnamed senior officer from the division said the plan was "a scandal".

"It's time spent away from duty at the public's expense," he said. " We give time to this while the amount of training given to police officers on law has dwindled."

This reeks of Common Purpose and represents another deliberate attack to ruin the Police service.

The British people really are something else these days. What other people accept having the piss ripped out of them so passively?