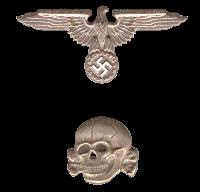 There is in this country a fascist impulse within our political and social systems.

It is not a fascism of the right though, it is a fascism of the liberal left and it is even more dangerous than the stiff right armed, goosestepping variety as it is much more insidious and covert.

The reason why the media constantly call the BNP fascist and nazi, is simply to divert peoples attention from the true fascists and fascism in our society.

This fascism lies routinely to its own people ;

Figures to be published by the Home Office this week will massively understate the scale of the problem.

Data provided to The Sunday Telegraph by nearly every police force in England and Wales, under freedom of information laws, show that the number of firearms incidents dealt with by officers annually is 60 per cent higher than figures stated by the Home Office.

Last year 5,600 firearms offences were excluded from the official figures. It means that, whereas the Home Office said there were only 9,800 offences in 2007/8, the real total was around 15,400. The latest quarterly figures, due to be released on Thursday, will again exclude a significant number of incidents.

The explanation for the gulf is that the Government figures only include cases where guns are fired, used to "pistol whip" victims, or brandished as a threat.

Thousands of offences including gun-smuggling and illegal possession of a firearm - which normally carries a minimum five-year jail sentence - are omitted from the Home Office's headline count, raising questions about the reliability of Government crime data.


This liberal fascism is a state where the police and security services have been subverted and are now in the pay of the political elite.

I remember when New Labour came to power and its whining about the files held by MI5 on its own members such as Jack Straw, yet under New Labour the security state has expanded to the point where the government now sends in covert police teams to take secret DNA samples from peoples houses, such as by rifling through their underwear in the washing bin to get a semen sample ;

MI5 and the police may be allowed to secretly collect genetic samples from items such as cigarette butts and teacups under new laws that could massively expand the national DNA database.

The powers would allow investigators to break in to suspects’ homes to collect DNA which could then be shared with foreign governments to check for links to crime and terrorism.

The new law, being discussed by Parliament, would mean the ‘stolen’ samples – thousands of which have already been taken by the security services – would be admissible in court and at a stroke hugely expand the Government’s controversial DNA database.

At the same time as this the government are going to introduce farsical law such as forcing people to show a passport to the shop when you want to buy a mobile phone ;

Everyone who buys a mobile telephone will be forced to register their identity on a national database under government plans to extend massively the powers of state surveillance.

Phone buyers would have to present a passport or other official form of identification at the point of purchase. Privacy campaigners fear it marks the latest government move to create a surveillance society.

A compulsory national register for the owners of all 72m mobile phones in Britain would be part of a much bigger database to combat terrorism and crime. Whitehall officials have raised the idea of a register containing the names and addresses of everyone who buys a phone in recent talks with Vodafone and other telephone companies, insiders say.

It is a pity that the fascists in the government who are planning this nonsense have not seen the new film Body Of Lies yet.

The plot has a very interesting statement to make about the growing reliance on electronic communications and interceptions as part of the security state.

People will communicate with each other by dead letter drops, by codes in mail or simply be speaking to each other face to face and using note books to write what they want to say which can then be burnt.

The creation of the electronic fascist surveillance state and our reliance on its mechanism is an act of utter folly.

The primary threat we face is from a people who have learnt that the reliance and use of modern technology is to open a door for their enemies to see, hear and understand what they are doing at all times.

The idea they will not reassess their tactical plans and operations in light of this reality is sheer stupidity.

The more the liberal fascist state relies on electronics to defeat terrorism, the quicker the terrorists will shift to new tactical methodologies where they use electronic communications as a way to mislead, divert and obscure what they are really doing.

The chattering terrorists will build up networks of bullshitters whose role will be to draw in teams of security service operatives who will watch them whilst the real terrorists will work in total silence in the background.

The more the fascist state builds up the surveillance society, the more the real terrorists will cease to use the modern tools of communication which the state will focus in on.

The simple truth is that the British state and its fascist impulse will never defeat terrorism.

This is because it does not have the will to defeat terrorism.

The liberal fascist state thinks that by building a fascist security infrastructure that treats ALL its own citizens as potential terrorists, that it can therefore claim it is not 'racist' or 'islamphobic' - yet this fascist state structure treats all of us criminals, it robs us of our dignity and privacy and places so much power in the hands of unelected and unaccountable apparatchiks of the security systems that in effect the government has created a 'Shadow Government' within our nation.

There is no-one policing the policemen.

The state now sees its own people as the criminals, whilst in the name of security it creates systems that are above the law.

At the moment this monstrous mechanism is built, the terrorists will shift tac\tics and leave it just a parasitic vampire of system to be used by the minions of the security state and politicians for their own whims and means.

The fascist state has been built - but it was never built under fascism.

The Gestapo can be see as incompetent amateurs with their card file indexes and telephone listening.

The security state is something that Hitler or Stalin or Mao would have used, and yet only under New Labour and in a Liberal Democracy could such a system have been built.

There is no democracy anymore, their is just the fascist state and its liberal quizlings.

Posted by Defender of Liberty at 01:50

If the authorities ever read your stuff maybe they will learn (sic) and start to review their antiterrorist strategies.

Of course, all struggles and wards transmogrify according to changing political and military technologies and doctrine. History shows that any successful revolutionary movement or struggle that changes and adapts can win.

However, the fact is that the State is simply using the existence and threat of terroristm as an excuse to instigate massive changes in our society tomspy on us and to control us. Terrorsim is really a secondary focus and is a convenient excuse. If terrorists didn't exist the governments would have to invent them ( and in some cases have, or manipulate them).

The fact is that we as citizens of 21st-century Britain are sleepwalking into a fascist state.

The dip-drip slow and creeping Orweelisation of our society is working - it is happening so slow and stealthily that we are not notiocing it and the so-called intelligentsia (sic) are oblivious to it , as they ahve long brought into the liberal consenus system.

Like cooking a live frog, boil it slowly in apan in cold water, letting the ehat cook the frog slowly as it turns to boiling, and the frog won't protest.

But in reality, there is no where to hide and no where to run.
After many years of complicated ,mind blowing subversion, they will now ramp up within a very small time scale the systematic enslavement and Genocide of our people; just don't say you weren't warned !

There is only "at the moment" a small resistance, immune from the brainwasheing, these are known by the stablishment scum as the non conformists/criminals of "their false" society, thats us at the BNP.