Zionists and the Israel Double Standard 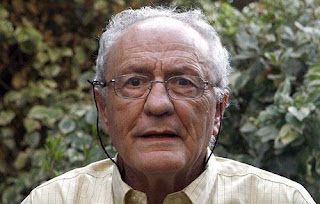 Read the statement below.

Note how the professor is called Left Wing.

If I had said about Great Britain and immigrants what the professor has said about Israel and Palstinians I would not be called 'Left wing' I would be called a 'Nazi'.

No doubt Melanie Phillips and her Zionist network in the media and Lancaster Unity would already be penning a missive for her spectator blog and frothing their venom across the internet.

Here writ large is the sickening double standard of the Zionists and the self appointed Zionist elite in the UK .

When White British people stand up to defend the interests of our nation as the indigenous people of this land we are called Nazis, racist, fascists and scum by many Zionists, both Jews and non-Jews, in the media.

Though a massive numbers of 'jews' in Israel are only nominally Jews and most of them barely Israelis, in that they are recent immigrants to Israel settling under the Right Of Return, it appears that Jews in the UK and in Israel have more of a right to live in that land than we as the indigenous people of Great Britain have to live in our land when we have lived here for tens of thousands of years.

Imagine if I said Britain should be a 'state of indigenous whites' - the media would howl like drunk dogs until they turned blue !

Imagine if I said 'Britain should be a state of whites with whites making up the large majority ' - the BBC would point their trembling figure and scream 'WACIST' until they keeled over !

Unfortunately for us British indigenous whites, this is our country and we do not have the choice to go and live where we want in the world as a minority.

This is our homelnd and we want to keep it - regardless of the hypocritical whining of the British media and its infestation of Zionist apologists and activists that see this country as just another base for Zionism to use for its own interests.

The true definition of Zionism is ' Organised hostility, hypocrisy and duplicity within foreign nations by agents of Israel in the name of Israel against all those people and organisations that the Israeli foreign ministry consider obstacles to their aims and goals of securing the interests of the Israeli state'.

"This right-wing extremist violence defending the settlements is a danger to the future of Israel," Prof Sternhell said.

"If you want a state of Jews, with Jews making up a large majority, which is how I and many others envisage Zionism, then keeping to the territory of the 1948 war of independence is the goal.

"If you want to keep the occupied territories then you suddenly have a country of roughly ten million people, split roughly half and half, Jewish and Palestinian.

"That can only lead to one thing where Jews will live in state as a minority.

"There are plenty of nicer places in the world I can think of where I can live in a Jewish minority."

Posted by Defender of Liberty at 00:41

By keeping to the territory created by the war of independence people of White European decent could save the United State of America. I wonder if the Israeli left would support that idea?

The battle between nationalism, zionism and bolshevism was the defining battle of the 20th century. The Jews in central and eastern Europe being "outsiders" naturally gravitated towards adopting their own nationalism aka zionism or to bolshevism which promised to suppress the nationalism of their host nations. Early 20th century bolshevism has now morphed into early 21st century frankfurt school political correctness.
You only have to read Mcdonald's evolutionary psychological studies to understand this. Most population groups work toward their own survival; unfortunately the ethnic European seems to be least imbued with this innate quality whereas those from the "east" and "south" ofthe world have this in abundance.

What about the BNP's double-standard?

Why does the BNP defend more rights for the Jewish people than for the British peoples?