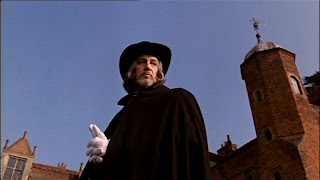 Yep its that time again, when the politicians play 'PC Top Trumps' with each other.

Christ Almighty, as if the wasted millions spent on the McPherson Report wasnt enough, now TWO more come along.

Just as the pernicious effects of a decade of PC policing are being felt and revealed in the Met Police as a result of the McPherson Report through the actions of the Metropolitan Police Black Police Officers Association and its coterie of gangsters and crooks, a new round of witchfinding is ordered in order to ensure that the 'revolting' ranks of the police who are sick of this politically correct bullshit are terrorised into cringing servile silence at the merest mutter of the word 'wacism'.

This is what Mao did when ordered the 'perepetual revolutions' of the Cultural Revolution in China.

In order to repress dissent there must be constant revoutions, investigations, witchunts and hysteria.

The people must suffer constant fear of being labelled a 'WACIST' in order to ensure they do just as their masters tell them.

I will make sure that the employment tribunal case report that labelled the Met Police as 'institutionally racist' against white officers is available to the inquiries.