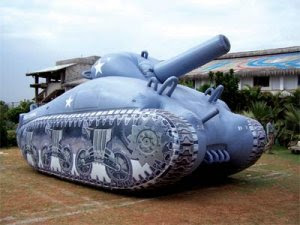 We are fighting a phoney 'war on terror' against phantoms that do not exist.

Lets start with the Taliban.

There is no Taliban.

There are bands of armed opium smugglers, Afghan and foreign Islamist terrorist cells and Pakistani military forces fighting against the international forces in Afghanistan.

There is no Taliban. The Taliban as an organised Islamist force in Afghanistan territory were destroyed a few months after the initial invasion of Afghanistan or returned to their army and intelligence jobs in Pakistan.

" British officials covered up evidence that a Taliban commander killed by special forces in Helmand last year was in fact a Pakistani military officer, according to highly placed Afghan officials.

The commander, targeted in a compound in the Sangin valley, was one of six killed in the past year by SAS and SBS forces. When the British soldiers entered the compound they discovered a Pakistani military ID on the body.

It was the first physical evidence of covert Pakistani military operations against British forces in Afghanistan even though Islamabad insists it is a close ally in the war against terror.

Britain’s refusal to make the incident public led to a row with the Afghan president Hamid Karzai, who has long accused London of viewing Afghanistan through the eyes of Pakistani military intelligence, which is widely believed to have been helping the Taliban. "

Al Qaeda as an organised international structure has been destroyed long ago. Al Qaeda is now the 'McDonalds of international terrorism', a fading brand who because of its own criminal terrorist attacks, murders and violent actions against its own Sunni supporters, has become about as popular across the Middle East as Mossad.

Those Islamist groups who espouse Al Qaeda are 'Hollywood Islamists', many of them in the pay of British state, US and Zionist interests - rather like many of the 'Hollywood Nazis' in the UK who rule the Fourth Reich of an internet website. Most of those people and groups are 'honey traps' designed to lure in to the daylight the nutters, cranks and extremists that have overdosed on internet conspiray theories.

All that exists are cells of extremists that use the name of AL Qaeda to 'brand' their particular act of terrorism or campaign of terrorism.

Their is no Al Qaeda leadership structure, no secret decoder ring for hidden verses in the Koran and no organised global force called Al Qaeda.

There are small cells of extremists, individual extremists, false flag groups, state honey traps and nutters that call themselves Al Qaeda for their own reasons.

But we cannot admit that truth or they are the enemy, as then we would need to deal with the reality of that situation.

In recent weeks US forces have been fired upon by Pakistani troops, shelled by artillery fire, been attacked by undercover units of the Pakistani army and air craft have beenm fired upon when entering Pakistani territory when hunting terrorists.

In effect the Pakistani army takes off its uniform in Pakistan, crosses the border with Afghanistan and puts on Afghan robes and headresses then attacks international forces.

This is war. It may not be declared war, but it is war.

We face both a military threat and an assymetric threat.

This situation is the direct result of the UK becoming entangled in the dark side of Globalism and successive governments support for Mass Immigration into the UK.

The real enemy we face is the inner enemy.

The real threat is the threat from within.

The political parties that allowed mass immigration into the UK and the politicians that manipulate truth to suit their own political agendas.

The liberals that will surrender all our rights to the terrorists, the media that support the corrupt political parties as they trade seats in the Houses of Parliament, the Judges that punish the victims and reward the criminals, the corporations and banks that put profit before patriotism and the Servile State that feeds off people and promotes its own interests.

We must regard the liberals, the servile state, the apologists of Islamism and the forces of globalism as the barriers to our security - each of them must be swept away.

Before we can be safe, we must neutralise the inner enemy.

The Liberal Consensus is the sea in which the terrorist swims, for terrorism only thrives when liberalism has replaced liberty.

Liberty is not liberalism.

The Liberal Consensus must be replaced with a new creed, a creed of National Liberty.

National Liberty is the revolution that Nationalism as a political process must enact.

National Liberty is the restoration of our constitutional rights and freedoms, it is the state as the servant of the people as opposed to our master, it is a media that prints truth instead of propaganda, it is the will of the majority as opposed to the tyranny of the minorities, it is the victim first and the criminal punished and patriotism before profits.

The British Army must be returned from its phoney war for oil, and redeployed as a the National Border Force whose role will be to secure our national borders and remove every single illegal immigrant, foreign criminal and bogus asylum seeker.

Only when the war against the Islamists is won at home, and both the Islamists and their liberal lackeys neutralised, can our security as a nation be secured.

The Phoney War must end and the battle on the Home Front begun.


The world is entering an age of extremism, from the Hindu Nationalists in India to Christian Zionists in the US to Zionists in Israel that want a war with Iran - the forces of war are gathering.

The multi-cultural experiment has failed.

All that is left is to reverse the process. The British Army must secure our national borders as we begin the process of deporting every Islamist, foreign extremist, illegal immigrants, bogus asylum stayers and foreign criminal in the country.

The swamp of illegal entrants in the UK in which the foreign terrorist hides and plots must be drained from our nation.

The entire ideologies of liberalism, multi-culturalism and mass immigration and all their political social, cultural, legal, economic, military manifestations and mechanisms must be dismantled and destroyed.

Posted by Defender of Liberty at 12:53

As usual a very sensible analysis of it all Lee!