One Down - A System To Go 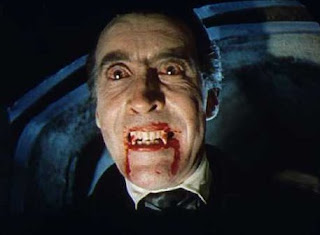 Sir Ian Blair has been the worst copper this country has ever seen.

He was the most anti-white racist, pro-political correctness, appointing ethnics on the basis of their race not their talents, cringing lickspittle of incompetent politicians like David Blunkett in history.

The only true thing the man ever said was this ;

Sir Ian said: “I am resigning in the best interests of the people of London and the Metropolitan Police Service.”

The fact he allowed the bent thug copper Ali Dezai and his cabal of incompetent racist halfwits and crooked lawyers in the MBPA run the Met Police like it was Al Capones mob, showed what a pathetic little arsehole the man was.

Because of his PC brown nosing of all ethnics in the Met and the ethnic lobby groups that flock like flies to crap in our country whenever ever a few bob can be made by hurling facile and asinine chants of 'racism' at any liberal fifthwit with a white skin and a guilt complex for the British Empire, he allowed the Met to be tolerant of Islamists, Islamist terrorist apologists and eventually ended up dragging the met into disgrace when he awarded dodgy business contracts to his mates.

Under this government corruption has flourished almost as well as it did under the tories.

The Islamists and the race relations industry all made a mint out of Blair. Under Blair the terrorists were those that criticised the Islamists, whilst the Islamists were regarded as the victims.

No doubt though we merely witness the replacement of Blair with another just like him.

Regardless of who gets into govrnment, they all trail along their little litters of piglets with them.

These piglets infest all the public services, and they are accomplices of the carrion crows of the politicians that are feeding upon our nation and cultures demise.

Blair was such a piglet, one whose greedy little lips were constantly suckling for money and influence from the tit of the government.

Now the time has come to sweep away all the crows and pigs, to stick the entire Servile State and its swarm of parasites into the toilet of history and flush the entire foul stinking pile of reeking crap away.

Only when this nation has finally pumped the bilges of the state clean of the clinkers of corruption and political correctness that cling to it, will our nation start to heal.

We need to plunge a stake straight into the heart of the Vampire of the Servile State, and save our nation from the bloodsuckers that infest it.

Your article is yet again, right on the money. Unfortuately i don't foresee anyone different filling Blair's shoes. The Tory's will want 'their man' just as Tony the Liar got 'his man' into office.