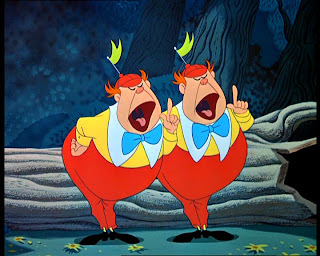 There is nothing more stupid than the public in a 'democracy' where the media is owned by corporations and is able to get politicians elected to power.

In the farsical 'democracy' of America in order to get elected into power you must be able to demonstrate the following ;

1) You are a puppet of the bankers who can be bribed with political donations to your campaign.

2) That you can and will spend hundreds of millions of dollars on advertising with the corporate media to ensure you get elected.

3) That you insert your tongue firmly up the arse of AIPAC and demonstrate that you are a stooge of the Israeli lobby groups and that you will put the interests of Israel before those of the US.

If you dont do all three - then you aint gonna get elected.

Obama has done all three which is therefore proof that he AINT GONNA CHANGE A THING and that its business as usual for the crooks that run America.

The new boss is the same as the old boss.

Obama is still in the pockets of the same scumbags that controlled Bush - so he aint gonna change a thing.

The bankers, Aipac and the media will still control America - so there aint gonna be no change you dumb shits.

This is the man who lied in the UN about the WMD in Iraq and who drivelled the most disgusting lie in history when he said Iraq had weapons that could hit the West in 45 minutes.

It was Colin Powell who was the architect and sponsor and propagandist for the Iraq War, he was the little Drummer Boy banging his drum in the media and the UN for WAR, WAR, WAR, BABY !

Yet now he endorses Obama, the supposed anti-war candidate.

That is a bit like having Dracula as a supporter of the Anti-Vampire Party.

I wonder if its because 'e is blak innit', that Obama gets his vote.

So much for whites having to vote for non-white candidates in order to demonstrate their anti-racist credentials, yet when a black candidate comes along Oprah, Powell ( a republican) all become supporters of the Black candidate.

Kinda reminds you of the O J Simpson murder trial dont it, when all the blacks in the US were saying ' he is innocent' and the whites knew he was guilty.

What a shame for the blacks in the US that OJ went and wrote a book boasting about how he did the murders in order to profit from it.

The fact that Obama is crowing about having powell support him is a sure sign the guy is an idiot.

If he truly was against the war then he would say ' On your bike Powell, you were the main propagandist and exponent of the war, having you on board with us is like having having OJ Simpson run a campaign against domestic violence '.

Yet the supposed anti-war Obama wants Powells support - which just goes to show that Obama has no principles and is just another opportunist self serving politician.

No doubt the media will not point out that the anti-war Obama having the person responsible for propagandising the Iraq War on board with him is an act unparalleled hypocrisy , staggering in its breathtaking chutzpah.

Thats the joy of having a corporate media - little things such as exposing the bullshit of politicians is hidden to make sure they retain credibility with the morons and lemmings who vote for them.

The other issue of Obama is who funds him.

Obama is supposed to be for the working man, so why is he being funded by the bankers who have destroyed the American economy and who have put millions of working people into homelessness and poverty ?

Obama boasts about raising 160 million dollars in a week for his campaign - that demonstrates to me the man is a sick, evil and twisted bastard.

If he had any sense of decency he would donate that money to the poor of America, so that people could get hospital treatments and stay in their homes instead of using it to pay for TV adverts and enrich the same scumbag corporate media who promote him.

The bankers give millions to Obama as the media promote him as a candidate who can win the election, Obama then pays the corporate scum media millions of dollars for advertising and they then promote him as a candidate to win the election thereby guaranteeing that he will get more millions in donations to be given straight back to the media for more adverts.

Its a circle of iniquity and corruption that is evil.

YOU HAVE GOT TO BE AN IDIOT IF YOU CANT SEE THIS IS THE BIGGEST SCAM IN HISTORY !

I wonder if that snivelling sack of shit Michael Moore will do a documentary about how Obama, the bankers and the media are all whores making money of the American public. I doubt it.

Both Obama and McCain have benefited from over 2 million dollars of donations from the same banks which are now being subsidised by the US government.

The tax payers give billions of dollars to the banks and then the bankers give millions to Obama to get him elected into office.

We all know that Obama will protect those who fund him now - and that this oney is how such politicians are bought and paid for.


If Obama had a single shred of decency he would give that 160 million dollars to the poor of America instead of using it to subsidise the corporate media.

If he had a single human aspect to his soul he should give all the money donated to him from the bankers straight to the charities in America that help the homeless - but he wont,

thats because he is just another political whore master son of a bitch scumbag.

Instead Obama will get elected because of the bankers money and he wil lick their hands for his reign as supinely as a dog licks the hand of his master.

America deserves all it gets.

Posted by Defender of Liberty at 02:40

Well it's about time someone exposed Powell for what he is...one ridden with guilt. After all, he did testify before the UN that Saddam had WMD's. In his defense, he did leave the administration in disgust, as did Rumsfeld.

Unlike many of his supporters, I believe that Obama is far from sainthood. But I must choose the lessor of the two stooges.

America deserves all it gets.--DOL

The citizens can't be blamed for limited choices in leadership.

Lormarie, I don't think you quite get it. Whoever you vote for the government gets reelected. The shadow government that is. Obama is the protegee of Trilateral Commission founder Zebrew Zebrinksi. He's merely a reasonably eloquent puppet and no more.

reaffirming his support to the top corporations in america from every industry, reassuring he will stay on his knees, balls deep in fascist dick for the tenure at the white house.