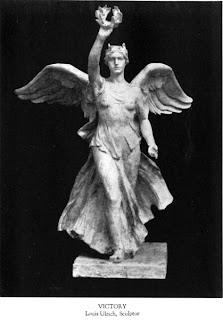 * Labour Mayor knocked out in Rotherham

* One vote short of third gain in Amber Valley

The British National Party has shown solid steady growth in all areas of the country in the regions where local elections have been held, taking seats from mainly traditional Labour areas, as that party’s vote collapses everywhere.

Before today, the BNP held 84 council seats at all levels. With almost all results in, this figure has now reached 100, and could still exceed that number.

In Thurrock, the BNP had a runaway victory by taking 40 percent of the vote, beating all the other parties hands down.

Two new BNP councillors grace Nuneaton - a running start for that area from zero, and a number of good places there bode well for the future.

In Pendle, Marsden ward, the BNP also beat all oncomers, polling double the Labour candidate and beating the Lib Dems into a humiliating fourth place.

In Three Rivers DC Ashridge ward, near Watford, the BNP gained a seat, which in Daventry’s Drayton Ward, the BNP polled 31% of the vote, coming a close second to the Tories and leaving Labour in third place.

In Halifax, the BNP took a seat with a whopping 300 majority, while in Stoke, another three seats fell to the BNP, pushing the party’s representation on that town council up to nine in all.

In Loughton, the BNP held one seat but lost two to a ferocious onslaught, a loss which was however ameliorated by the election of no less than 5 BNP representatives to the Loughton town council.

BNP national treasurer John Walker pulled off a surprise victory by being elected to the Mancot ward of Hawarden community council. This brings the total number of councillors for the BNP up to 100 countrywide.

There were also a large number of excellent second places countrywide. In Barnsely, no less than seven BNP candidates came a close second. In Swansea, the BNP trounced the Tories, Plaid Cymru and the Lib Dems, and in the spiritual Labour heartland of Jarrow, South Tyneside, a place where the Labour Party promised “there would never even be a BNP candidate”, the BNP polled 33% of the vote, beating the Tories into third place.
Posted by Defender of Liberty at 09:22

u said 70 gains for the BNP in your spliff soaked dreams - as the BNP has won less than 15 wards this proves you are a total loser and a cunt to boot, which if you ever set foot in Derbyshire I will boot your fucking cunt face into something more fitting to a twat like you. Then again chances of you finding your way out of your piss stenched Medway flat are next to zero. Your a fucking loser Brain Dead Barnes, just remember that, a fucking loser.

I AM LAUGHING AT YOU

Lee, I am new to this is Equalitarian a Hitler youth out of his time?