The Surreal World Of Lancaster Unity 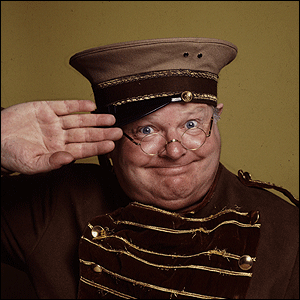 Image - Denise Garside rousing the moral of the Lancaster Unity troops, "Today Bloggers, we will advance upon the evil, imperialist, running dog of the BNP Lee Barnes. I salute all you fighters of the anti-Barnes Revolution. Together we can destroy the Beast, or if not at least keep him amused and hope that he dies from cramp due to over exertion whilst laughing".


Just when I thought my day could not get any funnier what with this mornings bogus e mail debacle, now comes this series of comments from the Lancaster Unity site.

I kid you not this is what has been written on Lancaster Unity comments section on the article with the picture of the handsome fella on it that Denise Garside finds so strangely ... alluring ..... and sexy.....and who she keeps thinking about ....... all of the time.....

First these comments - These comments below go beyond satire into a whole new realm. They read like the ramblings of some Cold War based cheap novel penned by some enthusiastic, but talentless, writer. A bit like John Le Carre but written by one of the Dingles off of Emmerdale. But in fact these are real comments and they reflect the reality in the minds of the posters of Lancaster Unity ;

Marianne said...
"For those stupid enough to think the Colin Auty leadership challenge is legitimate here is the proof that Ebanks is involved, that Blake is involved and that they are so desperate they have to resort to this type of rubbish."

Perhaps Lee Barnes did send it to Sharon Ebanks, deliberately using the wrong email address, and knowing she would post it on a forum, so that he can claim it is a forgery and in so doing smear Colin Auty by linking him to Ebanks, Searchlight, MI5, Special Branch, Steve Blake and whoever else he sees as this month's devil incarnate.


Antifascist said...
'Perhaps Lee Barnes did send it to Sharon Ebanks, deliberately using the wrong email address, and knowing she would post it on a forum, so that he can claim it is a forgery and in so doing smear Colin Auty by linking him to Ebanks, Searchlight, MI5, Special Branch, Steve Blake and whoever else he sees as this month's devil incarnate.'

Fair point and a distinct possibility.

Of course, it would be a lot simpler if one of the people in the BNP who have received this rubbish would send us the whole thing complete with the email headers, then we could have a look at it properly.

If anyone fancies doing that, send it to us via email and it'll be treated with complete confidentiality.

I'm getting a headache now.


And then this comment below from the demented hag Ebanks herself. This has to be read to be believed. Ebanks spends more time posting on Lancaster Unity than Garside, and yet here she is saying she has never met garside or spoken to her in person - well Ebonics, you dont need to speak to her as you havent got the time too seeing as you are always posting on her blog, you rat infested harridan. Dont forget to give Denise your regard eh Ebonics.

Ebanks is as bonkers as a bag of frogs - and along with Tulip (away with the fairies) and Garside (a walking enyclopedia of clinical mental illesses) she has found a lovely little home amongst the 'special people' of Lancaster Unity where they can all spend their time obsessing over me and my blog and sharing 'conspiracy theories'. Whats the betting at least one of this trio of demented hysterics has a doll with pins in it and a picture of me on it on her bedside cabinet, next to the Lithium pills, empty whisky bottles and a seriously traumatised vibrator.


"I have know doubt this has been thought up by Ebanks and Denise Garside of Lancaster Unity.
Ebanks and Garside both post on the stirrers forum together, both full of hate for the BNP.
That it first appeared on the Lancaster Unity's blog says it all."

Afraid not, Lee, and I have the IP's that the email came from, namely, YOU. Most people in the BNP know that its your email account you insane twat, but, if it helps you to blame me, go ahead, you poor deluded bastard.

As for Denise Garside, I've never met her, nor spoken to her in person, and as for the Stirrer, I'll say what the fuck I like when I like, and thats why I resigned from the BNP you dictatorial lying shit bag. When the rest of the BNP members finally wake up to the BNP lie machine, you'll be fucked ;)


You know what I cant wait to see what comes next, this is just so funny.

Who needs a TV - this is funnier than Dads Army and Rising Damp combined.
Posted by Defender of Liberty at 12:09

Lancaster Unity are pathetic. Every time I have sent in a comment free from abuse or any other form of unfairness, simply pointing out their hypocrisy, it gets rejected. Each blog is full of anonymous comments or often fake names designed to case confusion with BNP members simply repeating the same thing over and over again. How these people can take themselves seriously when all they have to do in life is hate a small, grass roots political group I have no idea. You want to fight Fascism? Do something about the war in Iraq you sad little people.