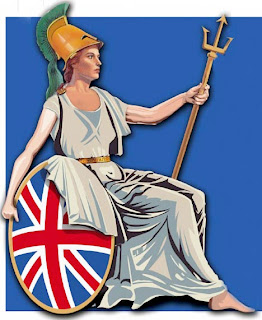 I did a radio interview with Voice Of Africa internet radio station last night. In the studio were representatives from the greens, tories and Labour.

I have to say that this was the first radio show I have done where the presenter was fair, courteous and gave me time to respond to questions.

It appears that Voice Of Africa radio show can show the pathetic British media what responsible and fair interviewing is.

I think the presenter will be voting for us. The way that London has become a death trap due to mass immigration impacts not just on the indigenous people but also settled ethnic communities as well, and they are as sick of it as we are.

My forecast for results ;

If the plans we have in place to prevent electoral fraud via the spoiling of ballot boxes works then I expect three BNP officials to be elected in London. If their is fraud then only Richard will get elected.

Around the country I expect 40 new councillors to be elected and us to come second in about 120 other places.

The Greens will stay as they are but the One London will vanish as quickly as a communist at the bar when it is their round.

Ken Livingstone will be replaced by Boris Johnson as London Mayor and the Lib Dems will be wiped out as per their candidate.

So it should be a great night - no more Red Ken so the Maoist Republic of London will no longer be under red control, the BNP will hold the balance of power in the assembly, UKIP wiped out, the Lib Dem Paddick annihilated and Boris the Bonker in power in London to misrule the place and who will be busy ravishing any females that come near him and thereby destroy any tory credibility in the lead up to the next election.

Onwards and Upwards !
Posted by Defender of Liberty at 00:40

Really excited about tonight let's hope we get what we want - fairly and squarely.

The radio interview sounds very interesting. Do you have an audio file we could download?

Would be great to listen to a fair debate for once!

I dont think there is a sound file.

I'm unsure if a modern Tory Mayor will mean the Reds will lose control, but at least this one will be 'ravishing females'...

Any blog readers who feel elated at Lee's predictions, please ensure you don't just leave it to everyone else to vote BNP. We've missed out on seats by a handful of votes before...

Our activists have worked hard - all you have to do is get to the polling station.

Off to listen to Lee's broadcast...

In London, reportedly, some of the ballot boxes are cardboard. How can one determine if one's ballot papers have been tampered with after being cast?

I would hazard a guess that there will be sufficient fraud to limit the BNP to one London Assembly seat and further that the Ruling Class have not only closed ranks on the Electorate but have also abandoned them.