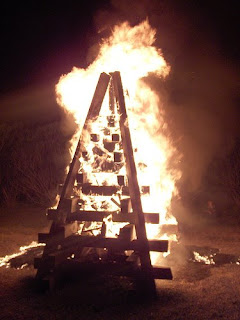 All political revolutions begin like the turning of the tide, for the feculant waters of the old order reach their reeking peak, and then with a single wave turns and so begins the ebb.

This is what is happening now in Austria and across Europe.

The black reeking tide of liberalism has begun to turn.

It had reached its peak and is now ebbing away, exposing in its wake the ruins of our nations and cultures that jut from the mud flaps of filth and excrement it left behind.

Just as the reds were wrong about Dialectical Materialism, the fall of capitalism and its replacement with communism, multi-culturalism and mass immigration they are also now facing the ruin of the whore little sister of communism, Liberalism, that has dominated the West since the fall of Communism.

How wonderful it will be to able to go and piss on both the graves of Communism and Liberalism.

Only the twin monsters of Global Capitalism and organised Islamist Extremism remain as the barriers to us taking our countries back - and seeing as Capitalism is the mechanism whereby the organised Islamists will conquer the West through the creation of the final phase in Cpitalism which is Islamo-Capitalism, then capitalism carries the seeds of its own destruction.

This process has already begun - it is based on the reliance of the west on Arab and Islamic oil which will lead to the accumulation of wealth, political power, media power and financial capital by the Arab states which will enable them to take over capitalism itself.

The crisis in capitalism that will usher in the Islamo-Capitalist global takeoever, or the Capitalist Caliphate, is that as the economies of the West rely on oil when we reach Peak Oil, the rise in oil prices will allow the wealth of those Arab oil producing nations to literally buy up our national economies and corporations. This will allow them to takeover our nation states and national economies and impose Islamic values and sharia law on our nations through the laws and regulations they will impose on businesses they own. Either live under Islamic law or be unemployed and get no business contracts.

This is how capitalism will ensure it must be destroyed, as the moment it begins to create Islamo-Capitalism the people will rise against it and smash the whole stinking capitalist system itself and the media and lobby groups that control the beast.

Then we can piss on the grave of Capitalism as well.

The we will merely have one more struggle for our full freedom against the organised Islamist extremists and the last of their capitalist lackeys.

What begun in Austria under Jorg Haider, that arose in Holland before Pym Fortuyn was gunned down, that has arose in Italy and that grows in Britain, Germany and France and what is happening now in Austria and Switzerland is the wave of the future.


No more will nationalists wage wars against each other in the name of empire, kings, religion, gold or in the interests of strangers - this time we arise as one united against our common enemies.

Nationalism is the last hope of the West.

The flame that has flickered into life in Austria is the light of a new dawn.

With that flame we will ignite the bonfires of our redemption and cast into the pyre of the past the liberal consensus, the poisonous values of cultural relativism, the worship of the degenerate and the diseased, the death culture of decadence and greed and the whole slave system itself.

There is nothing left worth saving in this stinking shit pit of a system, where maggots make the laws and men meekly follow them.

Let it burn until only the ashes of the shame of our past remain, and then let the wind scatter them away into nothing.

So begins the revolution, let all those who stand with us be our comrades and kin - let all those that stand against us be marked as traitors and enemies.

The lines have been drawn, the struggle commences.

Posted by Defender of Liberty at 09:00

Uninformed on the Austria situation, was geschehen da?

As bad as I believe Islamic extremism is, this is far worse...frightening.

When Africans regained control of their nations, cultures, economies and political systems from the whites it was heralded as wonderul, liberation and a renaissance - so why when white nations regain their countries from the liberals and multi-culturalists is that frightening ?

Isnt that a racist double standard - surely what is good for the black african is also good for the white european ?

Are only whites to be forced to surrender their lands to aliens, whilst blacks are celebrated for liberating their lands from whites ?

Admittedly, I got caught up in the title. The thought of Austria and nationalism combined does frighten me a bit. Sue me, shoot me down, whatever you need. I had to be honest about that fear just as the thought of Sharia law in England frightens you.

When Africans regained control of their nations, cultures, economies and political systems from the whites it was heralded as wonderul, liberation and a renaissance - so why when white nations regain their countries from the liberals and multi-culturalists is that frightening ?--DOL

Isnt that a racist double standard - surely what is good for the black african is also good for the white european ?--DOL

Whites aren't treated like second class citizens as the Africans were. Besides, Africa is still basically a colony. Soon again to be a colony of China.

Are only whites to be forced to surrender their lands to aliens, whilst blacks are celebrated for liberating their lands from whites ?--DOL