Capital Punishment For The Paedo-Intellectuals 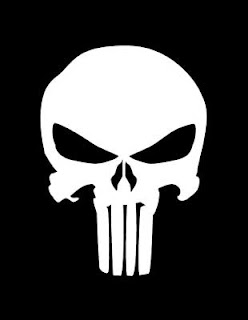 These paedo-intellectuals are funded by the tax payer as part of the politically correct Servile State that must be totally destroyed and all its scum bag activists and intellectuals cleansed from any positions of power or responsibility within society.

In fact I would say that a purge on the par of the Stalinist purges is required in order to save our country when dealing with the cabal of militant political correctness advocates that infest the servile state.

All paedophiles and Paedo-Intellectuals either homosexual, lesbian, bisexual and heterosexual, must be eradicated from our society through capital punishment.

A Paedo-Intellectual is a paedophile who cloaks their paedophilia within the context of a radical homosexual, feminist, lesbian, bisexual, or heterosexual civil rights critique.

Homosexuals are those who are over 16 years of age who are attracted too and who participate in legal sexual relations only with other homosexual men over the age of 16.

Heterosexuals are those who are over 16 years of age and who are attracted too and who only participate in legal sexual relations only with heterosexual women over the age of 16.

Lesbians are those who are over 16 years of age and who are attracted too and participate in legal sexual relations only with other lesbian women over the age of 16.

Bisexuals are those who are over 16 years of age who are attracted too and who participate in legal sexual relations only with other men or other women over the age of 16.

Those who promote an agenda whether in the name of homosexuality, heterosexuality, lesbianism or bisexuality that seeks to sexualise children, to encourage children to have sex, to normalise sex between children, to encourage tolerance in society to under age sex or to sexualise children via the sexualisation of our culture are simply Paedo-Intellectual filth.

The fact that no-one has correctly classified what a Paedohile is and what a Paedo-Intellectual is means they have been able to use the causes of homosexuality, feminism, lesbianism, bisexuality and heterosexuality and the dynamics of the various lobby groups associated with those causes as a way to promote a paedophile agenda disguised within the framework of the various 'liberation struggles' they have infiltrated.

The Paedo-Intellectuals in the organisation in th article below are not homosexuals as they are not interested in promoting the rights and interests of law abiding, adult homosexuals in society and nor are they interested in assisting the integration or civil rights of adult law abiding homosexuals in society - their agenda is simply to use and abuse the homosexual 'liberation struggle' as a vehicle for their aims which is to legalise and encourage the sexualisation of young children and the normalisation and acceptance of paedophilia in society.

The Paedo-Intellectual of the homosexual groups is also reflected in the Paedo-Intellectuals of the heterosexual, lesbian and bisexual groups who seek to sexualise young girls and boys, to sexualise our culture and to encourage under age sex and the normalisation and de-criminalisation of underage sex with young girls and boys.

All the Paedophiles and Paedo-Intellectuals that are heterosexual, lesbian, bisexual and homosexual must face capital punishment.

Inciting violence and hatred against homosexuals, lesbians, heterosexuals and bisexuals is rightly a crime, but the law does not say that inciting hatred against Paedophiles or Paedo-Intellectuals is illegal.

Therefore I am well within my rights to call for the execution of all paedophiles and Paedo-Intellectuals of all sexual denominations in our country.

The Servile State that supports and funds the Paedo-Intellectuals is a crime against our nation and people.

The entire Servile State is a crime against our people and nation - and those responsibe for its most serious crimes must be punished with capital punishment.

When we are in power the £600,000 pounds given to the filth below will be spent on hospitals, not on promoting paedophilia to children.

I believe that the harm and damage done to our society by padeophiles and the paedo-intellectuals has been so devastating that they must face trial, and if found guilty of the crimes of sexualisation of children, sexual abuse of children and an attempt to indoctrinate children with ideas that encourage early sexualisation, then they must face capital punishment if found guilty of those crimes against children.

In the midst of a global AID's epidemic, the huge rise of STD's amongst young people and the huge numbers of paedophiles in society and the growth of paedophilia crimes, means we must adopt emergency measures to end this crisis and that therefore those guilty of such crimes must face capital punishment.

The era of the Liberal Consensus is over - and those that spawned it must face trial for their crimes.

Comments (0) Add to My Stories

Children as young as five should be taught to understand the pleasures of gay sex, according to leaders of a taxpayer-funded education project.


Heads of the project have set themselves a goal of 'creating primary classrooms where queer sexualities are affirmed and celebrated'.


The ambition was revealed in documents prepared for the No Outsiders project run by researchers from universities and backed with £600,000 of public money provided by the Economic and Social Research Council.

Children as young as five should be taught about gay sex, an education project has said (file picture)

The stated purpose of the project - which is operating in 14 primary schools - is to stop bullying and prejudice aimed at homosexuals.


However, at a seminar at Exeter University tomorrow, supporters of the group will go beyond the anti-bullying agenda and discuss 'pleasure and desire in educational contexts'.


A document prepared for the seminar and couched in convoluted academic jargon says: 'The team is concerned to interrogate the desexualisation of children's bodies, the negation of pleasure and desire in educational contexts, and the tendency to shy away from discussion of (sexual) bodily activity in No Outsiders project work.


More...
Dennis the Menace was toned down to avoid accusations of gay-bashing, former Beano editor reveals


'The danger of accusations of the corruption of innocent children has led team members to make repeated claims that this project is not about sex or desire - and that it is therefore not about bodies.


'Yet, at a very significant level, that is exactly what it is about and to deny this may have significant negative implications for children and young people.'


No Outsiders is led by researchers from Sunderland University and also involves academics at the Institute of Education and Exeter University. Books, puppet shows and plays are used to teach children about same-sex relationships.


During the project, the seminar paper says, its members have 'challenged each other to go beyond imagined possibilities into queer practice'.


The seminar will 'question the taken-for-granted of the supposedly sexless, bodiless and desire-less primary classroom' and examine 'the place of the research team members' own bodies, desires and pleasures in this research'.


The discussions provoked a furious reaction from critics of the homosexual rights agenda. Simon Calvert of the Christian Institute said: 'When an adult who is working in a primary school suggests that children should explore their sexuality, that should result in a complaint to the police.'


Patricia Morgan, author of studies of family life and gay adoption, said: 'The proposal is that primary school classrooms should be turned into gay saunas. This is about homosexual practice in junior schools. The idiots who repealed Section 28 should consider that this is where it has got them.'


Section 28, the law which banned the promotion of homosexuality in state schools, was repealed five years ago. Current guidance on sex education says it should not promote sexual orientation or sexual activity.