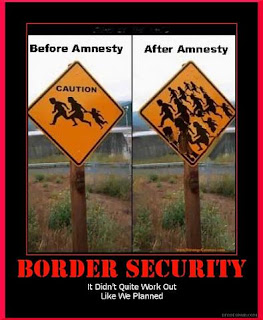 Leading Tory and adviser of Boris Johnson, Anthony Browne, has said that all illegal immigrants in the country who are working illegally, not paying tax, not paying national insurance, undercutting British workers wagesand working conditions, acting as scab labour, who have been arrested or imprisoned for crimes, who are guilty of entering our country illegaly and taking our homes and council houses and profiting only greedy employers should be allowed to stay in the country.


The tories want crime to pay, such as entering the UK illegally, by rewarding the crminals with citizenship as long as one of their coporate donors is employing them as cheap labour.


Anthony Browne: Why we should grant illegal immigrants an amnesty


With porous borders, Britain has built up a large stock of illegal immigrants, including those who entered illegally and those who entered legally but overstayed their visas. Estimates range from around 400,000 to a million, and they are concentrated in London and the south-east. Many have been here a very long time. There are three policy responses to this – engage in a mass deportation, accept the status quo, or have an amnesty.

Policy makers are usually in denial about it, but there is simply no prospect of a mass deportation of illegal immigrants. There is a very powerful moral case for not deporting people who have successfully settled here – no country that sees itself as civilised wants to send immigration officials into schools, yanking distraught children away from their distressed classmates. Deportations are also incredibly time consuming and expensive, making it difficult for the Government to meet even its comparatively modest deportation targets.

Should we then just leave the status quo? This is what politicians tend to find most convenient, but it is not cost free. Living without legal status obviously creates huge problems for the migrants themselves, but there is also a cost on wider society. Strong, integrated communities are the building blocks of a successful country, but they are undermined if there is a large section of the population unable to fully participate.

The third option is the political dynamite known as an amnesty. This is often viewed through an economist's lens, since regularising migrants is likely to mean they will both pay more tax and claim more benefits. However, the precise short-term fiscal impact of an amnesty misses the far more important impact on long-term productivity.

Anyone with even the vaguest belief in free markets must accept that it is economically damaging to have a legal impediment to a large section of the population freely entering the labour market to do the jobs they are best capable of doing. Regularising the status of illegal immigrants would without doubt improve their economic productivity, and boost GDP.

There are two other arguments being made against an amnesty: firstly, that it is a moral hazard, and secondly, that it would be counterproductive. Many believe that as a point of principle, no law-breaking should be rewarded. It is a good principle, but should be applied carefully. There are many archaic laws still on the statute that no court would seek to uphold. And likewise, if the state has simply failed to uphold its immigration laws for a long period of time and let someone live in peace in Britain for many years, the reality of the situation should outweigh a moral point about not rewarding law breaking.

Then there is the danger that an amnesty might be counterproductive because it would send out a message to the world that all you need to do is arrive illegally and you will eventually be legalised. Spain and Italy have indulged in one-off amnesties, encouraging more illegal immigrants to try their luck. But this fear wouldn't be founded if the amnesty is introduced by a government that is already clamping down on illegal immigration.

A one-off amnesty might be politically more sellable, but it wouldn't help reach a long-term settlement of this issue. What would be far better would be to introduce a permanent earned amnesty for those who have been in the country a long time. In fact, Britain already has a long residency concession for illegal immigrants who have been in Britain and making an economic contribution for 14 years.

This, however, is far too long to make much of a difference, and only a few thousand a year take advantage of it. It should be reduced dramatically and the restrictions on it scaled back, giving the right to reside and work to illegal immigrants who have not been imprisoned for criminal offences and who have lived in the UK for seven years at first, and then gradually reducing it.

At present, we have the worst of all worlds, turning a blind eye to illegal immigration, but making it impossible for illegal immigrants to regularise their status. Doing more to enforce immigration law, while accepting the reality that there are long term illegal immigrants who have settled well, would be far fairer, better for society and more economically efficient. All we need is for policy makers to accept reality.

Anthony Browne is director of the Policy Exchange think-tank

Posted by Defender of Liberty at 03:11

The recent BBC1 documentary on the Motorway Cops showed appalling incidents in this respect.

You'll recall the report of the female Swedes who ran onto the M6 and were hit by vehicles, causing a major incident that closed the M6 for about 2 hours. This case featured heavily in the programme.

The slag who assaulted a police officer in that fracas served a grand total of ONE DAY in prison.

(How long did Kev Hughes serve, who never assaulted anybody??)

The other slag, her twin sister, spent 7 weeks recovering in hospital after being hit by the lorry which crushed her legs. She had to be heli-lifted to hospital.

Guess who would have paid for this.

Being visitors rather than immigrants, they will thankfully soon be back from whence they came.

We should be grateful for small mercies.

The programme - one hour's duration - reported 2 illegal Iranians also sauntering along the edge of the M6, who did not get arrested, only directed to the nearest bus stop to travel on to the nearest immigration centre. They didn't get there of course.

- A Czech national with no valid UK driver's licence and falsely completed insurance documents - but the company let him off because he had an old Czech licence.

- An Estonian drunk who was clocked in excess of 112 mph with a near-bald near side front tyre. He got disqualified for 12 months and fined £850, though he replaced the tyre. A triumph for British justice.

- A nondescript BME member living here illegally for 10 years, with no licence or vehicle insurance, who had never paid any tax or NI. He got fined £600 and the Home Office won't say if he'll be deported. (He won't be because we don't have a BNP Government.)

A partial triumph for British justice, depending on who ends up paying the fine.

Most spoke only broken English. The Iranians and the Czech spoke almost no English.

This means that the police may have to spend additional hours on each of these cases because interpreters may have to be called in - guess who pays for them.

And it was all about foreign offenders. Not a single evil white Brit in the lot.

Which suggests that there must be a problem. The motorways cops think there is. They said they had encountered increasing numbers of foreigners traipsing up and down the motorways in the last 10 years - on foot.

*I suppose I have been in a way by this programme. The incident with the suicidal Swedes has at least helped me understand why trolls feature so prominently in Norse folklore.