The Heroin Trade and BBC Asian Radio Attack on the BNP 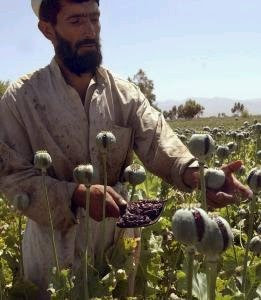 Image - opium poppies being harvested for opium in Afghanistan by member of Islamist Taliban.

Interesting radio show on the BBC asian radio network which talks about the BNP anti-heroin leaflet which blames muslims for the heroin drugs trade with a free speech supporter defending our right to campaign on the issue and various near the knuckle comments about whites and the bnp by racist asians.

A very good commentator defends free speech and the right to campaign on the issue.

The radio article can be found here ;