The Drug Wars and Immigration 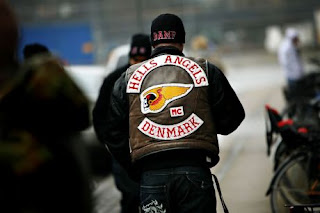 The three articles below reveal the reality of immigration on Europes streets.

Mnay immigrants, as we all know too well, use the asylum process and open borders of Europe as a way to establish the links of international drugs gangs.

They come to the UK and Europe with the aim of forging new markets in our countries, but by so doing come up against established indigenous drugs gangs or other immigrant drugs gangs.

This results in the street wars in the articles below.

As the lefty writer on the Guardian says - " As we say in Danish: "Why didn't we fix the roof while the sun was shining?"

The problem you idiot wasnt the roof, the problem was that that a deluge of immigrants rained down that flooded the house itself and undermined its foundations.

The roof was fine, its just that the house was flooded.

When you invite guests into your house you are free to tell them how to act in your house, what they are allowed to do whilst inside your property and also at liberty to ask them to leave at any time.

Our house is not their house.

They are guests - and like all guests when they overstay their wlecome then they should just piss off back where they came from when told to piss off.

Copenhagen is reeling as local youths with Turkish, Palestinian and Pakistani roots fight a drug turf war with the Hells AngelsAll comments (87)


Norrebro, the neighbourhood in Copenhagen where I grew up, has for years been plagued by criminal youth gangs whose members are increasingly drawn from the Turkish, Pakistani, and Palestinian communities.

It wasn't always like this; indeed Norrebro used to be seen as an example of how integration in Denmark was working – but that's not the case any more. As competition for the lucrative drug trade has increased, there is a sense of fear and mistrust between the communities and integration is non-existent.

To exacerbate matters, for weeks Copenhagen has witnessed an intensifying war between the notorious motorcycle group, Hells Angels, and the drug gangs. Bullets have flown and many residents are abandoning the troubled area.

Compounding the drug turf wars is a nasty streak of racism. The Hells Angels are currently recruiting prospects to "rid Denmark of the Muslim menace". Meanwhile, their opponents are seeking new members to "eliminate those who want to eliminate us".

A network of violent gangs is operating around town, directly targeting the "fortresses" where Hells Angels hang out. The Angels' response is typically unrestrained: "Hells Angels are a motorcycle club that bothers no one, but if someone steps on our toes we'll stamp back with a vengeance," they said on a website.

Despite these claims, the Angels are no angels. For years they fought an armed war with another motorcycle gang, the Bandidos, vying for control of Copenhagen's criminal markets. Scores of dead later, the conflict cooled down.

If the original motorcycle gangs consisted of misfits, this is even more true of their new enemies. Isolated from society, these kids' only claim to self-esteem is violence. Several well-meaning local groups and individuals have tried to reach out to these youngsters, but all attempts have failed and many of those who tried have had to move out of the neighbourhood, fearing for their personal safety.

Copenhagen and Denmark has turned into a hotspot for racial tension. Immigration is the single most populist political issue. Affluent Denmark has dramatically failed when it comes to integration. With Europe's most stringent immigration laws, an insistence on monoculture and assimilation, the once-pragmatic Danes have increasingly isolated themselves.

The famous Danish photographer, Jacob Holdt, who in the 1970s documented racism in the US and said in today's Politiken newspaper: "Denmark is today more racist than America."

Frightening indeed, and a largely self-created problem. The current centre-right government – supported by the nationalistic and right wing Danish Peoples party – has since 2001 marginalised and stereotyped immigrants.

The troubles on the streets of Norrebro can be traced back to that approach. This is not to defend or excuse the community's violent response – parts of the area are now a total no-go area and even the Danish Broadcasting Corporation is staying away from certain trouble spots as journalists have been threatened with beatings if they film in the area.

How did it come to this? Denmark has been through a decade of years of unprecedented economic growth. Our society is much fairer than the British with far fewer class divisions. As we say in Danish: "Why didn't we fix the roof while the sun was shining?"

The answer, unfortunately, is that there was no will to do so. An unwelcoming host will usually find he has impolite guests. This is the case in Copenhagen right now and it is hard to see how things will change.


The Hell’s Angels biker group is experiencing a flood of new applications for membership, in particular for its support group AK81. The group normally receives only few enquiries in its web-based guest book, but the past week alone has seen 250 queries.

Seventy-five of those enquiring have asked to become members of the AK81 group, or to be invited to Hell’s Angels parties in order to gain affiliation.

AK81 is a support group for the Hell’s Angels. The acronym stands for the Danish words Altid Klar (Always Ready), while 81 are the alphabet numbers for H and A.

Showdown
The increase in membership enquiries comes in connection with a showdown in recent weeks between immigrant groups and the Hell’s Angels as well as shows of strength by Hell’s Angels members who have walked the streets of Copenhagen and Århus en masse.

The Hell’s Angels home page has introduced a special AK81 page providing direct mail to the group, thus preventing police from being able to track approaches.

Going fast
A concerned police force has, however, registered the flood of interest in being recruited to what is termed the Hell’s Angels ‘mini-army’.

“We are worried that this is escalating and involving more and more people,” says Deputy Chief Superintendant Jørgen Isalin of the National Investigation Support Centre.

“It’s all going very fast now and there is no doubt that more and more people are joining. This is also happening on the other side too where large numbers of anti-social youths are supporting criminal immigrant groups who cause trouble in the streets and are provoking the Hell’s Angels,” he says.


Last month the conflict between the two groups cost the life of a young man. Since then the showdown has become more open, with shots being fired, hand grenades lobbed and marches in which the gangs show their strength.

“First of all it was the other groups that bothered the Hell’s Angels. Then they started AK81, and now they feel strong enough to arrive at parties, pubs and techno parties to show off their insignia. That is something the other groups won’t accept,” says Isalin.

It has not been possible to get a comment from the Hell’s Angels.

NAPLES, Sept 19 (Reuters) - Immigrants rioted in a southern Italian town on Thursday after six Africans were shot dead at a tailor's shop, in what police said they suspected was fallout from a drug-related turf war.

Dozens of rioters smashed windows, flipped cars and threw rocks at police, calling for justice and accusing law enforcement of racism for assuming the victims were drug traffickers.

'We want justice. It's not true that our murdered friends sold drugs or were mobsters,' one protester told reporters.

Police say at least six hitmen sprayed 130 bullets at the men late on Thursday in Castelvolturno, a town of 20,000 northwest of Naples, apparently using a Kalashnikov automatic rifle as well as smaller weapons.

It was one of the bloodiest shootouts in recent memory blamed on the Camorra, the Naples version of the mafia, and stunned a region long used to violence from organised crime.

The six dead were from Ghana, Togo and Liberia, and between the ages of 25 and 31. A man from Ghana was wounded in the shooting, Italian media reported.

'The arrogance of the Camorra has reached intolerable levels,' said Sandro De Franciscis, president of the Caserta province which includes Castelvolturno.

Cardinal Crescenzio Sepe, archbishop of Naples, called for an end to the violence.

'Put down your guns. What you use to kill people today will kill you and your families tomorrow,' Sepe told reporters. 'As long as these killers are not defeated we will always have a cemetery filled up by hate and with violence.'