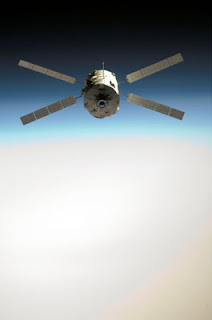 
The Blue Kachina dances as the markets crash,
As the Fourth World burns with war and greed,
Sick with the sins of Koyaanisqatsi,
Saquasohuh falls afire from the heavens,
Dancing in the plaza, he removes his mask,
Singing the song of the Wuwuchim ceremony,
As True White Brother carries the Tiponi stone,
Etched with the runes of Yggdrasil and Odin,
Walking from the West with his brothers,
As the earth trembles beneath his steps.

"The Fourth World shall end soon, and the Fifth World will begin. This the elders everywhere know. The Signs over many years have been fulfilled, and so few are left.

"This is the First Sign: We are told of the coming of the white-skinned men, like Pahana, but not living like Pahana men who took the land that was not theirs. And men who struck their enemies with thunder. (Whites in the early West with rifles and artillery)

"This is the Second Sign: Our lands will see the coming of spinning wheels filled with voices. In his youth, my father saw this prophecy come true with his eyes -- the white men bringing their families in wagons across the prairies."

"This is the Third Sign: A strange beast like a buffalo but with great long horns, will overrun the land in large numbers. These White Feather saw with his eyes -- the coming of the white men's cattle."

"This is the Fourth Sign: The land will be crossed by snakes of iron." (Railway Engines)

"This is the Fifth Sign: The land shall be criss-crossed by a giant spider's web." (Railway Tracks)

"This is the Sixth sign: The land shall be criss-crossed with rivers of stone that make pictures in the sun." (motorways)

"This is the Seventh Sign: You will hear of the sea turning black, and many living things dying because of it." ( oil spills such as Exxon Valdez)

"This is the Eight Sign: You will see many youth, who wear their hair long like my people, come and join the tribal nations, to learn their ways and wisdom. (The Hippies movement in the 1960's)

"And this is the Ninth and Last Sign: You will hear of a dwelling-place in the heavens, above the earth, that shall fall with a great crash. It will appear as a blue star. Very soon after this, the ceremonies of my people will cease.

"These are the Signs that great destruction is coming. The world shall rock to and fro. The white man will battle against other people in other lands -- with those who possessed the first light of wisdom ( Iraq - the cradle of early civilisation ). There will be many columns of smoke and fire such as White Feather has seen the white man make in the deserts not far from here. Only those which come will cause disease and a great dying. "

Posted by Defender of Liberty at 10:40