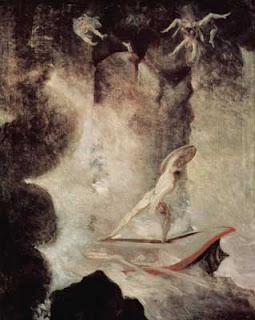 The issue of tax cuts or cutting public services is a fake debate.

The Servile State is the tyrant that enslaves us, it is a monster that craves all liberty.

From its creation of the surveillance society to the race relations industry, the Servile State is a parasitic monstrosity which grows stronger as the nation itself sickens and dies.

Today we are trapped by the Scylla of the Servile State and the Charybdis of Capitalism, between both abominations the individual is both denuded and devoured.

The entire apparatus, structures and mechanism of the Servile State must be destroyed in a bonfire of laws and legislation if we are to be free again.

Into the fires must be cast ;

3) The end of the Human Rights Industry and the leftist / liberal legal agitators within the legal profession and judiciary that use human rights laws as the main weapon of judicial and legal activism.

4) The entire politically correct lickspittles and their organisations funded by the public purse - form asylum seeker resource centres, immigration advisers to diversity officers who produce nothing but liberal bullshit.

5) The entire asylum industry and its legal whores and pimps that exploit the system.

What is the point of cutting taxes if hundreds of billions of pounds per year will still be being spent on all the usual Servile State bullshit.

It is the Servile State and its pimp sister global capitalism that are the anchors that drag our nation down into catastrophe.

Unless we break the chains that bind us to the beast, then the nation itself will die.

Posted by Defender of Liberty at 14:24

What are some viable alternatives to modern capitalism?