The Cannabis Crimes of Governments 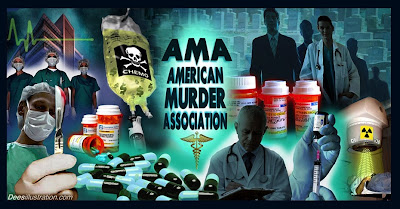 The drug laws in the UK are ridiculous.

The criminalisation of people who have Multiple Sclerosis, cancer and other illnesses who can benefit from the anti-cancer properties of cannabis is a crime against humanity.

That includes alcohol and tobbacco the biggest drug killers of people in the world and the most profitable drugs in the world as regards taxes to governments.

The video below reveals the anti-cancer properties of cannabis.

The fact that the medical and pharmeacutical companies profit from people getting serious illnesses and treating their conditions, as opposed to us having a drug licensing system based on prevention of illnesses in the first place, is why anti-cancer drugs like cannabis are banned.

But that means the medical compaies, drugs companies and government do not profit from people who get cancer from drugs like tobacco.

The goverment allows people to buy tobacco as they get billions in taxes and when they get cancer the pharmeacutical companies make billions treating them.

Cannabis is banned as it prevents cancer forming and stops cancer returning.

Therefore it breaks the circle of profits.

Cannabis should not be legalised.

It should remain illegal.

Those who suffere from serious illness and who are in pain are not criminals, it is the governments that exploit and profit from their misery and suffering.


The video here explains why ;