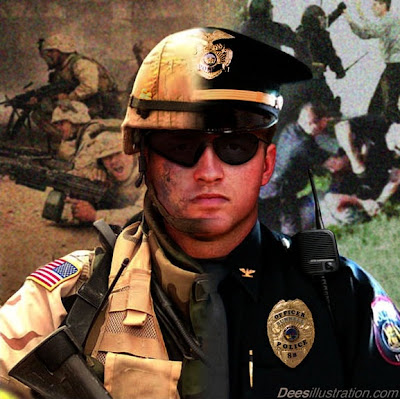 You think things are bad, they just got worse ;


The war in Libya is an attempt by Africom to expand its reach into Africa to check Chinese expansion on the continent, and it was Libya and Gaddafi who over recent years who has blocked the expansion of Africom ;


The attack on Libya is an attempt to topple the primary obstacle to the spread of US power across Africa.


Now China is sending its navy off the coast of Libya to protect its Lebensraum and investments in Africa and its precious oil exports from Africa.


Whilst everyone is watching a few Al Qaeda idiots being protected by the US and UK oil companies, WW3 could be about to begin.


Now we know why Obama will not relinquish power to NATO, why there are no declared public war aims, nor any exit strategy. They are all secret so as to ensure the real motive behind this war is obscured.

This is Africoms war - an attempt to bring down Gaddafi and allow Africom to begin its plan to check Chinese expansion into Africa and for the US to reassert control over African resources.

This is now a war between two Empires, China and the US.

Recently the Americans ordered 179 of the new generation Boeing tanker planes.
It is reported that they are ordering 2,400 of the new F35 planes.
It seems they are planing for something really big.

Plant 20 Billion trees over the next 10 yrs, Great for hiding Harrier Jump Jets in, if only some Dick head hadn't scrapped them.

Can be used as Fuel.

It will even work in those Harriers Generals and in Tanks.

You can even use Veg oil in your Diesel Car


Add to this we are sitting on 200 yrs worth of Coal, this country could be independent in terms of Energy.

We can grow our own energy, all we need is to get a sensible population balance by electing a Nationalist Govt, we can grow a sensible balance between fuel and food.

The Libyan desert is also home to EUSSR Solar panels, they had hoped this would end the need for oil and nuclear power.
I have seen a photograph which seems to have gone.
Details though are still there- search Solar power in Libyan desert.

October 2010 build up on a huge scale close to Iran.
The monumental expansion of arms sales and the buildup of naval and air power in the Arabian Sea region are unprecedented. They are also alarming to the highest degree.

A quarter of the world's nuclear aircraft carriers will soon be in the Arabian Sea.

Details of the equipment in link below.

many areas of Britain used to grow Hemp for many hundreds of years.

Every part of the plant is used and as many diverse uses including food, productin of thread and for fuel

Lt Cmdr Brian Gerrish spells it out for Ex Military

Similar in the US

If you are Ex Services, your country and people need you again.