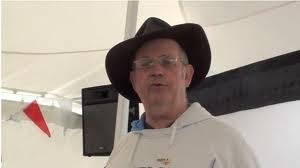 
Someone posted the comment below on my blog a few days ago.

It comes from someone who knows Morris well and was a former friend of his.

It exposes the true Paul Morris.

I did not publish it as I was abiding by the truce.

Morris has now broken that truce, and by doing so he has exposed himself as an inner enemy of nationalism.

I said I would only attack those inner enemies of nationalism who attack me or other nationalists.

" During 1976 Morris befriended and then stole £400 from Georgina Woodward , the NF of Gwent organiser .

This was whilst she was very vulnerable, her husband died a week prior and this money was not funds of the NF, it was her life savings that she had withdrawn to bury her Husband.

This above is the single reason no one heard from him for so long, he couldnt go back to the NF, people were out for his blood.

He is not a registered voter, he did not vote for the BNP and never has.

During the last elections he would not sign nomination papers for BNP candidates and refused help to his friend John Voisy get signed nominations.

He would not even go to his count . Considering Voisy is the only friend GA has !

A few years back when allegations were made about two nationalists having drunk schoolgirls in their hotel room at a BNP conference, GA supported their actions and then drew familiarities of how attractive his own 14 year old niece was.

In 1976, he was also involved with an armed robbery on a post office with his Father, they both were caught. His father went to prison, he was also found guilty, but because he was waiting to be drafted with the Army, they kept him out of prison and he had a fine.

Lately he has gone right out on an attack on the BNP, because Griffin will not agree to pay him or stroke his ego , thus he wants to destroy it for his own personel ends and greed.

You know the rest about his personality of Hypocrisy mate, he is real scum. "

That comes from an ex-friend of Morris, a man who knows him personally.

Morris is not a nationalist, he is a pathetic, whining, egotistical moron who has pretended to be a nationalist.

He has now exposed himself as the inner enemy of nationalism.

You are a real man of Honour Mr Barns, for you have kept to your word and not attacked any Nationalists.

JEWISH JOSEPH BOLINSKI/aka PAUL MORRIS / GA is not and never has been a Nationalist, he is a state paid infiltrator who try's any way he can to pull people in with a patriotic Nationalist interests and uses them to destroy and divide our people.


1. ARROW 2 IS THE ULITIMATE BOLISTIC WEAPON OF ISREAL

2. THERE IS A GREEN PLANT THAT GROWS IN ISREAL THAT HAS BEEN ADOPTED AS A SYMBOL OF ZIONISM.

THERE WAS ONLY ONE GREEN ARROW.


"Quote"- Although Green Arrow was not overtly political or religious when he was first introduced, he has over the years evolved into an outspoken and devout Liberal Marxist Communist.

Everyone should now give Bertie Bert and Mark / Corsham Crusader the opportunity to disassociate themselves from the scum above, they are decent blokes.

They are good people and are welcome back to all National groups.

At last the truth on Morris goes public. I knew he wouldnt stick to the truce he is a sick and twisted man Lee. He uses people like Bertie and Corsham for his own ends. He revells in causing splits and divisions in nationalism. He has made a nice living from loyal BNP supporters via his "donate" button for years. The man lives in a fantasy world claiming to have worked undercover against the IRA lol. He is a bankrupt printer. One only has to look at his online personas Green Arrow and facebook Bruce Wayne??? One has to laugh at his attempts to break the NWO from his caravan! I bet the Rothchilds are shitting bricks at this very moment! This man is a nasty dangerous little coward. He recently called a mans wife a slut in an article. A lot of abuse and brave words while hiding behind his keyboard. After attacking Buttler they met face to face outside the high court in London and green arrow turned a whiter shade of pale!! The man is a coward!

Enquiring minds would be pleased for your thoughts on Mick Simpkins he seems to have it in for you Mr Barnes perhaps you could explain his true motivation.

Thanks for linking the interview, I found green arrow to be a right twat and hope others that heard him last night stop supporting the cretin

Green Arrow rants about Buttler in his room as usual he does it from behind the keyboard!

Paul Morris is a keyboard warrior and has been dealt with by Mr. Barnes. He is a hater and has an ego bigger that I have seen before.

I will be chatting with Paul very very soon.

Please stop this nonsense. If all we can do is keep fighting amongst ourselves we really will be lost.

So Paul Golding and Mark Collett are priviledged to be invited to Pal Talk.

PS
Sarah,take it up with GA, who is already lost to nationalism