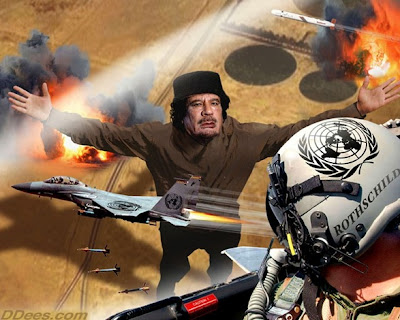 
A Foolish and Unconstitutional War

“The president does not have power under the Constitution to unilaterally authorize a military attack in a situation that does not involve stopping an actual or imminent threat to the nation.”

So said constitutional scholar and Sen. Barack Obama in December 2007—the same man who, this weekend, ordered U.S. air and missile strikes on Libya without any authorization from Congress.

Obama did win the support of Gabon in the Security Council, but failed with Germany. With a phone call to acquitted rapist Jacob Zuma, he got South Africa to sign on, but not Brazil, Russia, India, or China. All four abstained.

This is not the world’s war. This is Obama’s war.

The U.S. Navy fired almost all the cruise missiles that hit Libya as the U.S. Air Force attacked with B-2 bombers, F-15s, and F-16s.

“To be clear, this is a U.S.-led operation,” said Vice Adm. William Gortney.

“In wartime, truth is so precious that she should always be attended by a bodyguard of lies,” said Winston Churchill. Obama is a quick study.

In his Friday ultimatum, he said, “We are not going to use force to go beyond a well-defined goal—specifically, the protection of civilians in Libya.”

Why, then, did we strike Tripoli and Moammar Gadhafi’s compound?

So many U.S. missiles and bombs have struck Libya that the Arab League is bailing out. League chief Amr Moussa has called an emergency meeting of the 22 Arab states to discuss attacks that have “led to the deaths and injuries of many Libyan civilians.” We asked for a no-fly zone, said Moussa, not the “bombardment of civilians.”

What caused Obama’s about-face from the Pentagon position that imposing a no-fly zone on Libya was an unwise act of war?

According to the New York Times, National Security Council aide Samantha Power, U.N. envoy Susan Rice, and Hillary Clinton flipped him. The three sisters feel guilty about us not invading Rwanda when Hutu were butchering Tutsi.

They did not want to be seen as standing by when Gadhafi took Benghazi, which he would have done, ending the war in days, had we not intervened.

While Obama is no longer saying Gadhafi must go, Hillary insists that has to be the outcome. No question who wears the pants here.

As U.S. prestige and power are committed, if Gadhafi survives, he will have defeated Obama and NATO. Hence, we must now finish him and his regime to avert a U.S. humiliation and prevent another Lockerbie.

The Arab League and African Union are denouncing us, but al-Qaeda is with us. For eastern Libya provided more than its fair share of jihadists to kill U.S. soldiers in Iraq. And jihadists are prominent among the rebels we just rescued.

Yet, even as Obama was announcing U.S. intervention to prevent “unspeakable atrocities,” security police of Yemen’s President Saleh, using sniper rifles, massacred 45 peaceful protesters and wounded 270. Most of the dead were shot in the head or neck, the work of marksmen.

Had Mahmoud Ahmadinejad done this in Tehran, would U.S. protests have been so muted?

In Bahrain, 2,000 Saudi soldiers and troops from emirates of the Gulf have intervened to save King Khalifa, whose throne was threatened by Shia demonstrators in the Pearl roundabout in Manama. The town square was surrounded, the Shia driven out, the 300-foot Pearl monument destroyed.

This crackdown on Bahrain’s Shia has been denounced by Iran and Iraq. Grand Ayatollah Sistani, most revered figure in the Shia world, ordered seminaries shut in protest. This is serious business.

Not only are the Shia dominant in Iran, and in Iraq after the Americans ousted the Sunni-dominated Ba’ath Party, they are heavily concentrated in the Eastern Province of Saudi Arabia, where the oil deposits are located.

They are a majority in Bahrain, where the U.S. Fifth Fleet is based. Shia Hezbollah is now the dominant military and political force in Lebanon.

Riyadh must have regarded the threat to Bahrain a grave one to have so exacerbated the religious divide and raised the specter of sectarian war.

Yet, again, why are we bombing Libya?

Gadhafi did not attack the West. He faced an uprising to dethrone him and rallied his troops to crush it, as any ruthless ruler would have done. We have no vital interest in who wins his civil war.

Indeed, Gadhafi has asked of Obama, “If you found them taking over American cities by force of arms, what would you do?”

Well, when the South fired on Fort Sumter, killing no one, Abraham Lincoln blockaded every Southern port, sent Gen. Sherman to burn Atlanta and pillage Georgia and South Carolina, and Gen. Sheridan to ravage the Shenandoah. He locked up editors and shut down legislatures and fought a four-year war of reconquest that killed 620,000 Americans—a few more than have died in Gadhafi’s four-week war.

Good thing we didn’t have an “international community” back then.

The Royal Navy would have been bombarding Lincoln’s America.

Posted by Defender of Liberty at 00:23