The Vampires and Libya 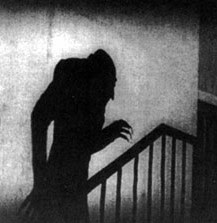 
Who are we kidding? The United States, Britain and NATO don't care about bombing civilians to contain rebellion. Their militaries bomb civilians every day without mercy. They have destroyed most of the community infrastructure of Iraq and Afghanistan before turning their sights on Libya. So what's really going on here?

According to the CIA, the following never happened

Last October, US oil giants- Chevron and Occidental Petroleum- made a surprising decision to pull out of Libya, while China, Germany and Italy stayed on, signing major contracts with Gadhaffi's government. As the U.S. Asset who started negotiations for the Lockerbie Trial with Libyan diplomats, I had close ties to Libya's U.N. Mission from 1995 to 2003. Given my long involvement in the Lockerbie saga, I have continued to enjoy special access to high level intelligence gossip on Libya.

Last summer that gossip got juicy!

About July, I started hearing that Gadhaffi was exerting heavy pressure on U.S. and British oil companies to cough up special fees and kick backs to cover the costs of Libya's reimbursement to the families of Pan Am 103. Payment of damages for the Lockerbie bombing had been one of the chief conditions for ending U.N. sanctions on Libya that ran from 1992 until 2003. And of course the United Nations forced Gadhaffi to hand over two Libyan men for a special trial at The Hague, though everybody credible was fully conscious of Libya's innocence in the Lockerbie affair. (Only ignorant politicians trying to score publicity points say otherwise.)

Knowing Gadhaffi as well as I do, I was convinced that he'd done it. He'd bided his time until he could extort compensation from U.S. oil companies. He's a crafty bastard, extremely intelligent and canny. That's exactly how he operates. And now he was taking his revenge. As expected, the U.S. was hopping mad about it. Gadhaffi wasn't playing the game the way the Oil Bloodsuckers wanted. The Vampire of our age-the Oil Industry-roams the earth, sucking the life out of every nation to feed its thirst for profits. Only when they got to Libya, Gadhaffi took on the role of a modern-day Robin Hood, who insisted on replenishing his people for the costs they'd suffered under U.N. sanctions.

Backing up a year earlier, in August 2009 the lone Libyan convicted of the Lockerbie bombing that killed 270 people, Abdelbasset Megrahi, won a compassionate release from Scottish prison. Ostensibly, the British government and Scottish Courts granted Megrahi's request to die at home with dignity from advance stage cancer-in exchange for dropping a legal appeal packed with embarrassments for the European Courts. The decision to free Megrahi followed shocking revelations of corruption at the special Court of The Hague that handled the Lockerbie Trial. Prosecution witnesses confessed to receiving payments of $4 million each from the United States, in exchange for testimony against Megrahi, a mind-blowing allegation of judicial corruption.

The Lockerbie conviction was full of holes to begin with. Anybody who knows anything about terrorism in the 1980s knows the CIA got mixed up in heroin trafficking out of the Bekaa Valley during the hostage crisis in Lebanon. The Lockerbie conspiracy had been a false flag operation to kill off a joint CIA and Defense Intelligence investigation into kick backs from Islamic Jihad, in exchange for protecting the heroin transit network.

According to my own CIA handler, Dr. Richard Fuisz, who'd been stationed in Lebanon and Syria at the time, the CIA had established a protected drug route from Lebanon to Europe and on to the United States. His statements support other sources that "Operation Corea" allowed Syrian drug dealers led by Monzer al-Kassar (also linked to Oliver North in the Iran-Contra scandal) to ship heroin to the U.S. ON Pan Am flights, in exchange for intelligence on the hostages' whereabouts in Lebanon. The CIA allegedly made sure that suitcases carrying heroin were not searched at customs. Nicknamed the "Godfather of Terror," Al Kassar is now serving a prison sentence for conspiring with Colombian drug cartels to assassinate U.S. nationals.

Building up to Lockerbie, the Defense Intelligence team in Beirut, led by Maj. Charles Dennis McKee and Matthew Gannon, suspected that CIA infiltration of the heroin network might be prolonging the hostage crisis. If so, the consequence was severe. AP Reporter Terry Anderson got chained in a basement for 7 years, while 96 other high profile western hostages suffered beatings, mock executions and overall trauma. McKee's team raised the alarms in Washington that a CIA double agent profiting from the narco-dollars might be warning the hostage takers whenever their dragnet closed in. Washington sent a fact-finding team to Lebanon to gather evidence.

On the day it was blown out of the sky, Pan Am 103 was carrying that team of CIA and FBI investigators, the CIA's Deputy Chief assigned to Beirut, and three Defense Intelligence officers, including McKee and Gannon, on their way to Washington to deliver a report on the CIA's role in heroin trafficking, and the impact on terrorist financing and the hostage crisis. In short, everyone with direct knowledge of CIA kickbacks from heroin trafficking died on Pan Am 103. A suitcase packed with $500,000 worth of heroin was found in the wreckage. It belonged to investigators, as proof of the corruption.

The punch line was that the U.S. State Department issued an internal travel advisory, warning that government officials should get off that specific flight on that specific day, because Pan Am 103 was expected to get bombed. That's right, folks! The U.S. had prior knowledge of the attack.

Unforgivably, nobody told Charles McKee or Matthew Gannon. But other military officials and diplomats got pulled off the flight-making room for a group of students from Syracuse University traveling stand by for the Christmas holidays.

It was a monstrous act! But condemning Megrahi to cover up the CIA's role in heroin trafficking has struck many Lockerbie afficiandos as grossly unjust. Add the corruption of purchased testimony-- $4 million a pop- and Megrahi's life sentence struck a nerve of obscenity.

It struck Gadhaffi as grievously offensive, as well-The United Nations had forced Libya to fork over $2.7 billion in damages to the Lockerbie families, a rate of $10 million for every death. Once it became clear the U.S. paid two key witnesses $4 million each to commit perjury, spook gossip throughout the summer was rife that Gadhaffi had taken bold action to demand compensation from U.S. (and probably British) oil corporations operating in Libya. More than likely, Libya's demands for kick backs and compensation extended to other European oil conglomerates as well-particularly France and Italy-who are now spearheading attacks on Libya.

I knew last summer there would be trouble. Payback would be a b-tch on both sides. You don't lock an innocent man in prison for 10 years on bogus charges of terrorism, and expect forgiveness. The United States and Britain had behaved with remarkable selfishness. You've got to admit that Gadhaffi's attempt to balance the scales of justice demonstrated a flair of righteous nationalism.

Alas, Gadhaffi was playing with fire, no matter how justified his complaint. You don't strike a tyrant without expecting a tyrant to strike back.

Don't kid yourself. This is an oil war, and it smacks of imperialist double standards. Two articles by Prof. Chossudovsky at the Global Research Centre are must reading: "Operation Libya and the Battle for Oil: Redrawing the Map of Africa" and "Insurrection and Military Intervention: The US-NATO Attempted Coup d'Etat in Libya?"

There is simply no justification for U.S. or NATO action against Libya. The U.N. charter acknowledges the rights of sovereign nations to put down rebellions against their own governments. Moreover, many observers have commented that plans for military intervention appear to have been much more advanced than U.S. and European leaders want to admit.

For myself, I know in my gut that war planning started months before the democratization movement kicked off throughout the Arab world-a lucky cover for U.S. and European oil policy. Perhaps too lucky.

As Chossudovsky writes, "Hundreds of US, British and French military advisers arrived in Cyrenaica, Libya's eastern breakaway province" on February 23 and 24- seven (7) days after the start of Gadhaffi's domestic rebellion. "The advisers, including intelligence officers, were dropped from warships and missile boats at the coastal towns of Benghazi and Tobruk." (DEBKAfile, US military advisers in Cyrenaica, Feb. 25, 2011) Special forces on the ground in Eastern Libya provided covert support to the rebels." Eight British Special Forces commandos were arrested in the Benghazi region, while acting as military advisers to opposition forces, according to the Times of London.

We're supposed to believe the United States, Britain and Europe planned, coordinated and executed a full military intervention in 7 short days- from the start of the Libyan rebellion in mid-February until military advisers appeared on the ground in Libya on February 23-24!

Nothing can persuade me that Gadhaffi's fate wasn't decided months ago, when Chevron and Occidental Petroleum took their whining to Capitol Hill, complaining that Gadhaffi's nationalism interfered with their oil profiteering. From that moment, military intervention was on the drawing board as surely as the Patriot Act got stuck in a drawer waiting for 9/11.

The message is simple: Challenge the oil corporations and your government and your people will pay the ultimate price: Give us your oil as cheaply as possible. Or die.

Don't kid yourself. Nobody gives a damn about suffering in Libya or Iraq. You don't bomb a village to save it. The U.S., Britain and NATO are the bullies of the neighborhood. The enforcers for Big Oil.

Libya, Iraq, Afghanistan have something in common. They have vast and extraordinary oil and mineral riches. As such, they are all victims of what I call the Vampire Wars. The Arab Princes get paid off, while the bloodsuckers pull the life blood out of the people. They're scarcely able to survive in their own wealthy societies. The people and the domestic economy are kept alive to uphold the social order, but they are depleted of the nourishment of their own national wealth.

The democratization movements are sending a warning that I don't think Big Oil, or their protectors in the U.S. and British governments understand or have figured out how to control. The Arab people are finished with this cycle of victimization. They've got their stakes out, and they're starting to figure out how to strike into the heart of these Vampires, sucking the life blood out of their nations.

And woe to the wicked when they do!

This article may be reprinted in full or part with attribution to the author.

Former U.S. Intelligence Asset, Susan Lindauer covered Iraq, Libya, Yemen and Syria/Hezbollah from 1993 to 2003. She is the author of Extreme Prejudice: The Terrifying Story of the Patriot Act and the Cover Ups of 9/11 and Iraq

Posted by Defender of Liberty at 09:03

Apparently the French had started the plan for attacking Libya last November, report at Global research.
UKcolumn also did an article regarding the drugs trade, for a trade it is, up there with the best!
Worth billions.
Western governments never refusing a dollar are in the thick of this trade.


Lee, The UKcolumn is a paper well worth the pound a month investment.
British/French defence treaty. The French will eventually take over our nuclear detterent. Cameron has already filled Blairs agreement of the late 90s handing over our military.

Dismantling Britain continues at a pace!