The Rebels are Al Qaeda 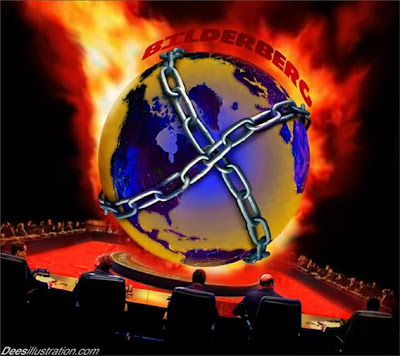 
WASHINGTON -- In 2007, when American combat casualties were spiking in the bloodbath of the Iraq War, an 18-year-old laborer traveled from his home in eastern Libya through Egypt and Syria to join an al Qaeda terrorist cell in Iraq. He gave his name to al Qaeda operatives as Ashraf Ahmad Abu-Bakr al-Hasri. Occupation, he wrote: “Martyr.’’

Abu-Bakr was one of hundreds of foreign fighters who flocked into the killing zones of Iraq to wage war against the “infidels." They came from Saudi Arabia, Syria, Oman, Algeria and other Islamic states. But on a per capita basis, no country sent more young fighters into Iraq to kill Americans than Libya -- and almost all of them came from eastern Libya, the center of the anti-Gaddafi rebellion that the United States and others now have vowed to protect, according to internal al Qaeda documents uncovered by U.S. intelligence.

The informal alliance with violent Islamist extremist elements is a coming-home of sorts for the United States, which initially fought on the same side as the Libyan fighters in Afghanistan in the 1980s, battling the Soviet Union.

According to a cache of al Qaeda documents captured in 2007 by U.S. special operations commandos in Sinjar, Iraq, hundreds of foreign fighters, many of them untrained young Islamic volunteers, poured into Iraq in 2006 and 2007. The documents, called the Sinjar documents, were collected, translated and analyzed at the West Point Counter Terrorism Center. Almost one in five foreign fighters arriving in Iraq came from eastern Libya, from the towns of Surt, Misurata and Darnah.

On a per capita basis, that’s more than twice as many than came from any other Arabic-speaking country, amounting to what the counter terrorism center called a Libyan “surge" of young men eager to kill Americans.

Today, there is little doubt that eastern Libya, like other parts of the Arab world, is experiencing a genuine burst of anti-totalitarian fervor, expressed in demands for political freedom and economic reforms. But there also is a dark history to eastern Libya, which is the home of the Islamic Libyan Fighting Group, an anti-Gaddafi organization officially designated by the State Department as a terrorist organization.

Story continues below
AdvertisementThe group was founded by Libyan mujahideen returning in the mid-1990s from Afghanistan, where they had gone to fight the Soviets’ Red Army. Building on a radical Islamist credo, they organized to fight the secular corruption of the Gaddafi regime. In 1996 they nearly succeeded in assassinating Gaddafi by attacking his motorcade with either a bomb or a rocket-propelled grenade which missed its target. The attack led to a severe crackdown by the regime. Many were imprisoned or disappeared, but the CIA still regards the group as one of the many franchises of al Qaeda, including al Qaeda in the Arabian Peninsula, which operates in Yemen, and al Qaeda in the Islamic Maghreb, which is active in Algeria and elsewhere in North Africa.

Eastern Libya has been described by U.S. diplomats as a breeding ground for Islamist extremism. In diplomatic cables released by Wikileaks, the region’s young men were said to have “nothing to lose" by resorting to violence. Sermons in the local mosques are “laced with phraseology urging worshippers to support jihad," one diplomat reported.

U.S. officials declined to discuss the make-up of the anti-Gaddafi forces in eastern Libya, and U.S. intelligence agencies declined to comment publicly. To be sure, extremist elements make up only a portion of the resistance to Gaddafi and have been present in every popular uprising in the region stretching from the Iranian revolution to the Egyptian people’s overthrow of Hosni Mubarak. But others caution that in the chaotic jockeying for power that will ensue, whether or not Gaddafi is forced from power, eastern Libya’s extremist groups will emerge.

“Lingering civil conflict in Libya (certain to happen if Gaddafi clings to power) would create ample ground for radicalization and extremist recruitment," Yasser al-Shimy, an Egyptian diplomat who defected during the last days of the Mubarak regime, wrote recently. Protracted civil conflict “usually induces radicalization and chaos. In other words, Libya might turn into a giant Somalia: a failed state on Egypt's borders with radical groups taking advantage of the mayhem," al-Shimy wrote in the blog, Best Defense. Or as Secretary of State Hillary Clinton said Friday about the immediate future of Libya: “We don’t know what the outcome will be."

About the Muslim Brotherhood … in Libya


Just wondering if any of those Libya Hawks (here are a few) caught Robert Baer on Fox last night. The way the former CIA operative tells it, the Muslim Brotherhood is the “strongest group in Libya” and “transcends all the tribes.” Baer also mentioned that Libyan MB members told him years ago that they wanted to set up a “caliphate” in Libya– just by the way.
If Baer is correct about MB strength, a NATO-US-UN-EU-NR-WS no-fly-zone would actually help empower the Muslim Brotherhood — a “strategy” not worth one American flyer or one American airplane. (…)

Egypt, the world's most populous Arab country, is suddenly roiling with a wide-open, combative election that seems certain to end with the country's main Islamic group, the banned Muslim Brotherhood, as a big winner.

The country's rulers, longtime American allies, are starting to show signs of panic: Police have barred voters from polls and thugs have attacked Brotherhood supporters in recent days in an apparent effort to blunt the group's growing momentum.

Even before the final round of voting Thursday, Brotherhood loyalists have increased their seats in parliament fivefold. That's not enough to unseat the ruling party, but is still seen as a slap to President Hosni Mubarak.

The following is taken from http://www.redmoonrising.com/Ikhwan/BritIslam.htm

Prior to World War II British Intelligence cultivated ties with the Brotherhood through agent Freya Stark, the British adventurer and writer (1)