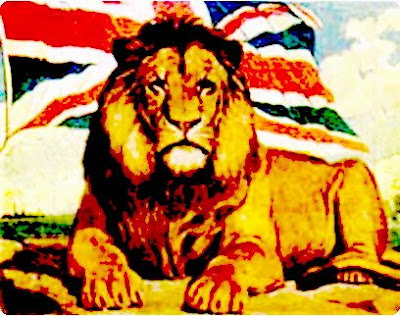 It appears the media talking heads are in state of total panic about the grass roots revolution of British workers against the political and plutocratic elites plan to disenfranchise and impoverish British workers by globalising our national economy.

British workers are not stupid - they know that the problem is entirely the Banksters, the politicians and the media and not 'foreigners and Italians'.

What the media are trying to do is to link the protests with 'racism' and thereby flick the guilt switch that the word racism inspires in the conditioned minds of the British public. Usually when the media call something 'racist' then it triggers a pre-conditioned pavlovian response, and the individual or public institution immediately begins to visibly diminish and wither. Its as though salt were poured on a slug, as the object retracts in upon itself and then slowly dies.

The voodoo of the word 'racism' is heap powerful magic, and it is used in the same way as African witchdoctors once used powerful spells and curses to put a bad 'Ju-Ju' spell on someone.

This media voodoo is very potent and dangerous and when a Ju-Ju curse of racism has been placed upon an institution then it normally undergoes hysterical collapse, extreme psychological distress and visible physical symptoms of panic and pain.

Only those who have been bitten by the serpent once before are immune to its poison, so in order to acquire their immunity to the poison British workers must also be bitten by the media and smeared as racists.

The media by seeking to conflate the strikes with 'racism' are guilty of an unlawful attempt to subvert the interests of British workers.

By their actions are they damned. The British media use its talking heads to support, empower and enrich the capitalist and corporate class that also control and own the companies and corporations involved in the hiring and importation of foreign workers into Britain.

The media are acting to protect the interests of their own employers - for the same globalist corporate that signed the contracts and that are also involved in these 'worker dumping' scams, also own the media.

The media tell the masses the lies their corporate masters tell them to tell.

The media are the primary weapon in the arsenal of the plutocrat controlled Servile State.

The worker faces not just the enemies of politicians, banksters and the Servile State but also the media - and the media are the most powerful weapon in the arsenal of the globalists, more powerful even than the para-military wing of the corporations which are the national state policing and judicial bodies.

The foreign workers are simply workers. They are just taking the jobs they were offered. They are symptoms of the problem, they are not The Problem.

They are also tools of the same British, European Union and globalist political and corporate elite that is throwing British workers on the dole over here.

It is the system that is the problem, not the workers of our nations.

It is the work of all European workers that is required to create the national communities and the forms of a new European idealism that must replace the present globalist system. Nations ruled in the interests of profit or class merely cause conflicts between neighbours. This is why our nations must be governed by those who seek to promote only the higher principles of democratic nationalist idealism.

Ours is a 'unity of purpose' not a political union.

We will all arise as one, comrades in the struggle for the unity and ideals of both our national communities and of European civilisation itself.

Each of the nations that must be rebuilt across Europe requires all their workers.

Men that are forced to leave their own nations and march across Europe in search of jobs to feed their families are not free men, and they do not have the right to free movement of workers. They are compelled to leave their nations, homes and families and seek work because the system forces them too. There is no 'freedom' in this criminal system of globalisation of workers and capital, it is simply global slavery where the wage slave is owned by the same corporations that control and run the media, the government and the finanical system.

It is the system that creates the economic crises that cause the problems in our national economies. The system then profits from removing European workers from their ancestral lands and making them rootless serfs in the European Union slave plantation.

Pouring more money into this system is insanity.

A new system must be imposed.

That new system must be based on both the National Ideal and the European Ideal.

We wish to see a Europe of national flags that each fly with equal pride, power and dignity alongside the other.

We wish to see a Europe Of Nations, not a european union.

The Europe that we will build from the rubble of the European Union will be a Europe of independent nations, each a bulwark for the defence of their national communities and cultures and each also dedicated to the preservation of the ideals and unity of our European civilisation itself.

The present economic system cannot be fixed. It must be dismantled and in its place a new system imposed.

Along with that there must be massive media reform so that truth is not replaced by propaganda.

This strike is Britain finally finding its voice.

Finally the British Lion has begun to roar again !

Posted by Defender of Liberty at 05:36

This article has been DUGG.

Go to www.digg.com if you are not registered and REGISTER!

Then go to this DIGG:

and DIGG FOR BRITAIN!

It speaks of common sense and principle of unity, rather than of division and hatred.

This is the true voice of real nationalism, not the petty nationalism of yesteryear.

We must bear patience in that people are not always stupid and are gradually begining to understand that this issue is about jobs and economics, and not race or culture. They are - and will- see that the media are the Establishment's mouthpiece and are simply trying to smear and undermine the historic struggle of the British worker.

As for those foreign European workers how can there really ever be a 'free' movement of labour (and capital) when those very workers are virtualy owned by those very same corporations who have factories and contracts across the whole pf Europe - and the world?

The EU and its principles are merely the organs of globalist and corporatist entities.