Dont Mess About - Kick Them Out 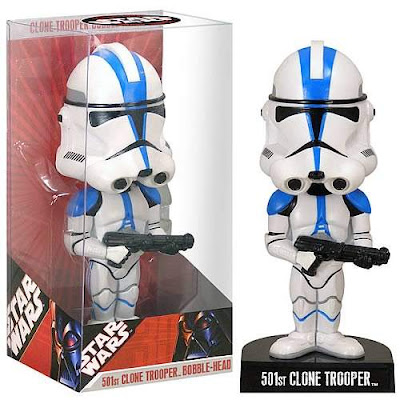 Image - photograph of the BNP Clone Army person in the Immigration Service. This individual is capable of teleportation, so lock up your sarnies as he will have 'em out your sarnie box whilst also on duty in another part of the country. Others resembling this individual also work in the Immigration Service. If you see anyone that looks like the image above report it to Dianne Abbot MP or the Independent. They are fucking dumb enough to believe anything the mugs.

The Independent has gone into a spasm of frothy liberal rage because a BNP member has been found working for the Immigration Service.

They say they are going to sack him - but instead the guy should be promoted.

Heres what should happen.

There are tens of thousands of people employed by the Immigration Service.

Yet this ONE individual is supposedly responsible for causing the 300 plus complaints of racism in the immigration service - even in other detention centres where he did not work.

That is fascinating, as it appears this individual has the power to teleport himself from place to place and be in many places at the same time subjecting poor innocent immgrant terrorists, drug importers, criminals and other scum to 'racism'.

Either that or he is a clone, of a BNP Clone Army that have infiltrated the Immigration Service.

Lets ignore the fact that no-one has accused him, or found him guilty of 'wacism' , yet the The Independent think that the BNP are responsible for racism along with this teleporting individual.

Like most fucking idiot journalists the twat that wrote the Independent article is conflating 'causation with correlation'. Just because I have an umbrella that does not mean I am responsible for it raining.

Just because their is 'racism' in the immigration service ,which is mainly bullshit made up immigrants trying to stay in the country by creating sob stories, does not mean this individual or the BNP have anything to do with it.

Even the Immigration Service have stated in the report that the McPherson Report definition of racism is being abused by liars, criminals and the government to bolster and manufacture reports of racism to assist their bullshit PC policies.

Every single BNP member on the stolen list that these idiots in the Servile State keep attacking should instead be promoted or offered the immediate jobs of ;

Passport Checkers at Docks and Airports

As at least you know the BNP members on the list would be dedicated, serious and professional staff who are dedicated to the goals of ensuring no more parasites are allowed to infest our nation.


In fact the BNP hereby offer to do those jobs for free.


This country is in a terrible economic state, the government has employed as many idiots, communists, paedophiles, degenerates and liberals as it can on the public purse in the Servile State and yet immigration is still in a terrible crisis.


THE BNP MEMBERSHIP OFFER TO DO ALL THE JOBS ABOVE FOR FREE ON A VOLUNTARY BASIS AND DONATE ALL THE MONEY THAT WOULD HAVE BEEN PAID TO THE LACKEYS OF THE SERVILE STATE TO CHARITY.


We would solve the problem in a month.

Once you get in the country illegally, unlawfully, you break the law or you overstay your visa - THE BNP WILL KICK YOU OUT.

No more billions per year to enrich the race relations gravy train parasites and ponces in the legal profession, no more media bullshit stories where the sad old hypoctrite Diane Abbott MP ( MY KIDS ARE TOO GOOD TO SCHOOL WITH POOR BLACK AND WHITE KIDS, I AM AN MP DONTCHA YOU KNOW ! ) talks a load of bollocks to simpering, witless liberal journalists of The Independent.

They would be the most efficient public services in British history.

Instead these public services are being run by scum appointed by the liberal scum in the government - whilst the shop floor workers have to watch as the public service is transformed into another wing of the PC State.

The immigrants know they aint gonna be kicked out as they know the government is about as bent as a nine bob note.

This shit government, and all the shit governments that preceded it, are all corrupt lickspittles of the politically correct scum that infest our country.

They are gutless bully boys who seek to divert the publics attention from their incompetence, failure and stupidity by pointing their wobbling fat fingers at the BNP and saying ' its all their fault'.

Fuck me , how dumb to the public have to be to believe that crap.

The BNP have never been in power, have never passed a single one of the moronic laws that have destroyed our nation and the BNP have never profited from the present chaos - unlike the government, bent judges, bent immigration lawyers, bent race relations staff, bent liberals, bent leftists and the rest of the corrupt class of public service scum bags that have ruined our country.

The time has come to take those public services listed above out of the public sector and hand them over to the BNP to run.

Within a year this country would have undergone a revolution.

Millions of Council houses would be going back to the British people, taxes would fall as we sack all the scum bags employed by the Servile State, new hospitals could be built, people get treatment faster as we kick out all the foreign spongers who use the NHS as an International Health Service, crime would drop, thousands of people would not suffer as victims of crime, the lawyers and the judges that have made millions letting the immigrants stay in this country would be signing on the dole instead of the British workers who have to pay the price for their idiotic decisions to allow the immigrants to stay in the UK, the country would no longer be in the grip of political correctness and we would be free again.

As for The Independent newspaper.

Stone me - does anyone still buy that rag.

No doubt the three idiot liberals that still buy the paper will be very upset by this article, but hey fuck em.

LOL - great post Lee, I am loving the vitriol of your recent posts :-)

What also cracks me up is when idiots post messages on your blog, who don't know their arse from their elbow, and despite the fact that IT IS WRITTEN OUT BEFORE THEM WHAT WE BELIEVE THEY STILL CAN'T GET IT INTO THEIR FUCKTARD SKULLS - what do they need it written in crayon or felt pen?!

Also, another funny... is when these same twats make statements that swearing isn't going to do our nationalist cause much good - what the fuck?! Talk about desperate... I know let's find out if Einstein ever swore, then if it is proved to be the case, let's then dismiss the theory of relativity... what a load of shite.

I look forward to your next appearance on The Moral maze, Lee, or something equivalent, like Newsnight.

The BBC are probably shrewd enough to realise a good prospect for healthy listening/viewing stats, when they see one.

But take some big pieces of cardboard and a box of crayons with you:

1. To get across points like 'Which part of 'The BNP is a legal political party' don't you understand?' as necessary

2. Also if necessary, to use any descriptive terms that Radio 4 won't allow to be broadcast. You might as well use the opportunity to get 'Middle England' on board as far as possible.

When are the next novel instalments coming out?