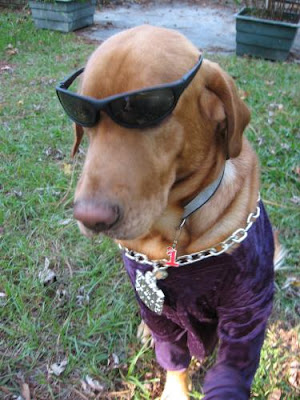 
In the latest episode of her lifelong quest to be 'cool' the Daily Mail journalist Liz Jones has married a dog. Liz Jones is a sick product of a sick society. Her entire life she has craved attention and the pseudo-kudos of conforming to social stereotypes and conditioning. This perverse pathological mental disease manifested in her only having sex with people the media told her were 'cool'.

Liz Jones has offered her vagina to the services of the media all her life.

Liz Jones in the link below, reveals that she has only ever had sex with people that the media tell her are a cool.

Her entire life and sexuality are predicated on what some wanker in the NME, MTV or the media tells her is the latest fad.

She reveals that only one 'odd' white man has ever kissed her, and seeing as she is so dumb he would had to have been odd to want to kiss her.

One mans castoff is another mans treasure I suppose.

She has announced her intention to now marry Growler, a dog that inherited ten million pounds from its previous owner.

Liz in the interview states, " My entire life I have only been attracted to those people who I have been told by the media are cool. Dogs are cool, and I do not see why dogs should not marry. I am anti-racist and demand that we all also be anti-specieist. Growler is rich, famous and well known in the media. He is also the coolest dog I have ever known. He can also lick his own balls which will save me having to do it when I am too tired. All in all its a perfect match ".

Her parents, used to her previous marriages, say they are happy for her and are going to buy him a tennis ball and a squaky toy for a wedding present.

Growler gave us an interview whilst chasing his tail in the gardan and said " Woof woof woof, growl,woof woof growl growl " which Liz translated for us as , " I love me bitch. Alright she could have bigger tits but I am gonna pay for a new set for her. Some of me mates are a bit shocked as they think she is a bit of an old slapper to be honest, but I have explained that dog - human relationships are the future. "

Growler and Liz then had a very public argument when Growler started to leg hump one of our reporters, which was defused only when Liz covered herself in dog food and let Growler chase her round the garden.

The Daily Mail have donated all money from this interview to the Battersea Dogs Home Dating Service For Demented White Women Suffering From Perverse Psychological Syndromes.

Posted by Defender of Liberty at 02:04

Oh my goodness! Have you ever felt embarassed for someone before? Did she honestly read over her own article before publishing it?
I think the americans use the term 'wigger'!

"On the one hand, we’re about to have a black family in the White House."

Can someone point out to her that the White House is in Washington DC, USA, not 10 Downing Street.

She's as dumb as a box of frogs.

It's about time that these pathetically silly white liberal bitches who think that it's cool and trendy to date BMEs cos "the media says it's fashionable and in any case I wanted to be seen as somehow different" (sic,) should be castigated by having the piss taken from them.

I read the craven piece in the Mail too and felt sick as to why this soppy liberal cow could be so utterly dripping wet with sentiment shit that she feels that she has to tell the world, just so as to make her "ant-wacist" credentials obvious to all her liberal friends, after the furore with that awful royal wacist, Prince Harry.

Liberal white bitches like her should be paraded through the streets wearing a placard of their stupid sayings round their neck. Then they ought to be shipped over to Saudi Arabia to have their heads cut off for not wearing a veil.

Are we in a grip of some mass delusional hysteria where stupid white liberal women are infected by some psychological meme so as to be come demented bitches?

I think the dog 'Growler' is far more better looking and intelligent than that other fucking dog, Liz Jones.

What a vile specimen. Personality issues? Much!

Her next stunt will be the leaking of her own Liz Jone's and Growler sex tape... what an attention whore.