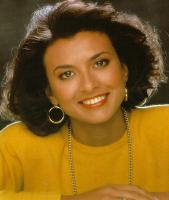 Oh what a surprise, another bogus race claim withdrawn from the tribunals.

The greed and arrogance of the Ethnic Middle Class is such that they will take advantage of positive discrimination plans to get a job and then when they are caught out ( like Dodgy Dez the copper ) they then scweeeeaaaammm wwaacccciiiissm !
until they get a pay out.

Presenter Lisa Aziz is leaving ITV for 'personal reasons', it was announced today.

The news presenter has also withdrawn and apologised for a series of allegations she made against ITV colleagues.

Aziz was alleged to have made claims of race, sex and age discrimination at a forthcoming industrial tribunal.

She was suspended from her position as presenter of ITV West news programme West Country Tonight last July over claims that she had fiddled her expenses.

Her departure after four years at the channel was announced in a statement this afternoon, which said Aziz 'has decided to leave the company for personal reasons'.

She said: 'I have enjoyed my time with ITV, but over the last few months I realise I made serious and damaging allegations against my Bristol colleagues and ITV managers.

'The allegations were made whilst I was very angry and unwell. I now withdraw all the allegations and wish to continue to develop my career.

'I leave ITV knowing that my time at ITV has been amongst the most fulfilling of my career in television and I have the highest regard for the quality of journalism produced there.'

A spokesman for ITV said today: 'Lisa has made a significant contribution to our team. We have now resolved all of the outstanding issues and we wish Lisa success in the future.'
Enlarge Lisa Aziz

Star role: Aziz was one of the main presenters on Sky news before she jumped ship for ITV

It is understood that a meeting was called at the ITV West newsroom this morning at which an apology from the presenter was read out.

It is believed the letter explained to colleagues she was withdrawing her allegations and apologised to both ITV and the individual ITV managers about whom she had made claims.

Her letter said she would be making no further comment about the matter.

ITV previously said it had investigated Aziz's claims and they were 'baseless'.

When Ms Aziz made her original complaint last November, a close friend told of the pressure she was under

She said: 'Lisa is overwhelmed with stress over how she has been treated. She never had her expenses claims questioned before and if they had a problem with any receipts she would have paid it back in a second.
Enlarge Lisa Aziz

Aziz with her then TV-am colleague Lorraine Kelly

'Instead they ambushed her with a few claims amounting to less than £200. She feels as if she has faced a campaign to be forced out.

'She has a good relationship with the local Muslim community as that was where she began her career but for a news editor to imply that she had "terror contacts" made her furious.

'It wouldn't happen to a white colleague or a male colleague, so there is an ageism and sexism issue as well as the racism. She has been off air for a month and ITV has replaced her with two blonde, blue-eyed presenters in their thirties. That says it all.'

While she was at Sky, Aziz she first met the then Sarah Macaulay, now Sarah Brown.

They shared the same charitable interests – children, women and community relations – and a deep friendship developed. Even as Sarah began to date the then Chancellor, Gordon Brown, the relationship flourished.

It has been played out against a backdrop of 11 and 10 Downing Street, Chequers and the family’s private home in Kirkcaldy, Fife.

'They are very jolly, generous and informal hosts,' Aziz told a Mail on Sunday reporter in January.

'More than once I’ve had a gin and tonic too many and Gordon has escorted me down in the Downing Street lift and had his official car run me to the end of the road.

'If I pop in for a kitchen-table coffee, Sarah might say something like, "Let's peep into the fridge and finish off the canapes from last night’s reception.'

'My children Jacob and Leah go to parties at their Downing Street flat and it’s wonderful to see those historic rooms packed with children making a huge hullabaloo and enjoying a magician or a puppeteer. At Chequers, they throw pool parties for the little ones. They are very grounded, hands-on parents.'

Posted by Defender of Liberty at 08:49

Off to the BBC then to join Evan Davis?