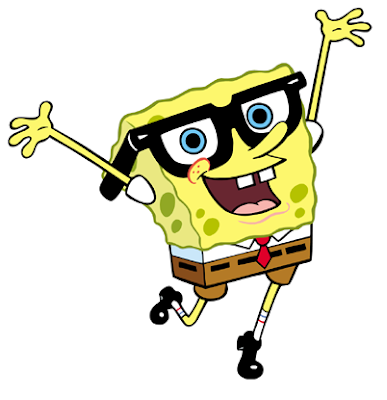 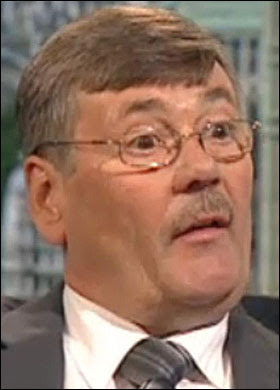 Image - SpongeBob Square Eyes " My one brain cell is lonely. "


I have just been sent the e mail below from within the Ministry of Defence that was sent by Bob Ainsworth to the Taliban prior to the announcement of the new campaign underway in Afghanistan that has so far killed three British soldiers killed by IED's planted by the Taliban ;

I hope you dont mind but we have decided to send a few soldiers into your area.

I know its a bit short notice and all that but those bloody generals keep telling me what to do and I hate it.

They say I shouldnt tell you when our troops are coming but I have to take my orders from the real people that run Britain, which is the Health and Safety Executive.

I hate those generals.

They call me 'SpongeBob Square Eyes' behind my back and its really annoying.

Anyway back to business.

Enclosed with this e mail is a map of the routes British troops are going to take when they pass through your areas and also the times of when they are coming.

I have passed this on to you because the Health and Safety Executive are worried that our tanks may be a threat to your fighters if they have lost or misplaced their glasses, are short sighted or are blind.

I hope you will send all your Taliban chaps this map so as they can keep out of the way when the soldiers and tanks are sent forward.

We dont want any unnecassery deaths of the Taliban as we do not want to be sued in court under the Human Rights Act.

The lawyer Phil Shiner and his para-legal assistant's Miranda and Tarquin are going to be following the tanks into action and distributing legal aid claim forms to any injured Taliban fighters so they can sue the British government for compensation and we are also offering first class trips to Britain, all expenses and welfare benefits paid, for any Taliban wounded by our attack.

It would be awfully nice of you chaps to not plant any bombs on the roads we are going to use.

It would be jolly bad sport for you to use this e mail and map to plant IED's that could kill our troops.

I know you wont do that as you are all bloody good chaps who have been forced to take up arms against us infidel, crusader dogs and that you not the insane, blood thirsty, genocidal, women hating, religious nutters that the scum in the BNP think you are.

You should not use the enclosed map I have sent you in any way that could be seen as assisting terrorism.

Its been sent to you with my deep respect and can only be used to ensure the safety of the public and your livestock.

Please can you ensure that all your camels, donkeys and women are firmly chained up on the day of the invasion as we do not want to have any incidents concerning camel deaths.

The RSPCA will crucify me.

If you have any problems do not hestitate to e mail me at the Ministry of Defence.

P.S If any of you chaps are prepared to play nice we have prepared a load of council houses in Britain for you to come and live in.

I have ensured that the British people who have been on the council housing waiting list have been put back to the bottom so that you and your four wives, thirty kids, camels, goats and chickens can all get a new council house.

You will not of course be living near me, or anyone else in the Labour Cabinet, but we are prepared to let you live in any non-middle class area of your choosing.

I am afraid you will have to put up with those revolting white working class types until we can find you a detached house, but you will understand that we have invited so many immigrants into Britain that we have a housing shortage.

I have asked the government to start a campaign to sterilise as many white working class people as we can to solve the housing crisis, but until this programme starts to work and reduce their numbers then we just have to do as we can with the housing resources we have.

I have also sent you a new document from the Ministry of Defence that reveals where you chaps have been making mistakes when constructing your roadside bombs.

I hope that you will pass this document on to your taliban fighters so that when they are making their bombs they can do so safely and with the minimum amount of danger to the global climate.

I have also sent you our latest policy document on the issue of climate change as I know you and your chaps love to use four wheel drive vehicles which have been adapted to act as troop carriers and mortar platforms.

These vehicles are very polluting for the environment and I suggest you in future purchase ones with hybrid engines as we all love our planet dont we.

I hear that Toyota sell a very reliable four wheel drive vehicle that is green and non-polluting and that you may consider using in the future for your acts of terrorism.

I don't know how you do it Lee, I lose interest after the first paragraph of drivel. These people never seem to address the big issues, too busy whining about a BNP member who has dropped a piece of litter.