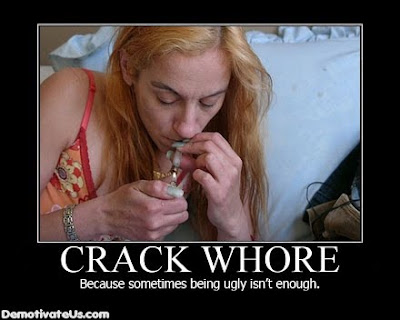 Image = The media are nothing more than crack whores for their corporate masters.

Here is a short guide for the media.


When a political party puts something in its MANIFESTO then that becomes POLICY.


I may think Harriet Harman is a paedophile supporting whore who wants to legalise the rights of child molesters to rape children, but if I put that on my blog thats called COMMENT.

If I persuaded the BNP at its conference to adopt that as a political position then that would be POLICY.

In a DEMOCRACY people have the right to hold OPINIONS and make COMMENTS on any issues they wish.

But seeing as the media in Britain now control democracy and the electoral process via their powers to propagandise the puppet political parties their corporate owners control, then why should we expect the media to understand the nature of democracy or their responsibilities to ensure we live in a democracy.

The media is a whore machine.

Our job is to teach the public about the true nature of the media, so that they understand that the media is a corrupt, bent whore machine.

KJB Baptists in the USA call the media the prostitute press and the news mafia.

They have done since about the 1970s or even earlier.

Either term is applicable, both there and here.

Alistair Campbell at a recent talk I attended said that ALL British newspapers since the 1970s except possibly the Financial Times were propaganda sheets for their particular masters. I dont buy any of them any more

Initially I was going to state that the media are indeed no different to crack-whores, but then I realised they are different, they are worse. Worse because they are the crack dealers, who chose to peddle their filth onto the masses in order to line their pockets and ingratiate themselves into the power elite whilst committing anyone gullible enough to 'buy' their poison to misery.

But there is an interesting sentiment here, because the media do indeed act with the mania of a crack-addict (and this is of course was your point): they are desperate to attain their next fix at whatever cost - their pathology is that of an addict - but in their cycle of addiction they do not ingest substances instead they gratify themselves on the suffering of others. The crack-whore's plight is internal craving, whereas the media's craving is external - the trajectory of the addiction is of fundamental significance.

The crack-whore is a ruined, tragic human, who sees nothing beyond the four walls in which they barely exist. The media are calculating, ruthless, manipulative, narcissistic predators who define human existence as slave and master. They perceive themselves as the latter and thus this illusion of self justifies the treatment of the slaves with hideous contempt.

The personality of the regular journalist is that of an extreme narcissist: someone who has repressed their negative self image, and now projects a false personality onto the world, that of a "powerful" person, in a vain pursuit to feel the void within - they seek external power (over others) in order to compensate for their innate feeling of inadequacy. They have no organic sense of self or of being.

The public have no idea what is going on out there.

We are being slaughtered

Any Lefties looking in are probably well happy at this death and carnage wrought on Western civilisation.

Mr Lee Barnes (LLB Hons?),
Could you please confirm that you really do have a LLB Hons degree? Your UAF friends don't seem to think you do but i have my doubts :)
Ahmed Baluch Kuoni, The Man from Jalalabad, Afghanistan

You should be happy I didnt buy a medical degree as I would be working in the NHS right now.

You should be happy I didnt buy a medical degree as I would be working in the NHS right now."

Game,set and match to LJB

whores propagating poison indeed as the media accuse the BNP of politicising the the deaths of soldiers ,when THEY the media are doing exactly that on behalf of their labour /conservative/ liberal one party government who put the soldier there in an unwinnable war that got them killed in the first place

I am just joined here and , worrying to into some things here.

Sorry for my bad english i m Belarus