Contrary to the assertion of most film reviewers though the film Avatar follows the plot of the film Dances With Wolves, I believe that it operates on a far deeper level than most people have realised.

Whether James Cameron did this consciously, or unconsciously I do not know.

The first sign in the film that triggered this realisation were the horses in the film.

These were obviously modeled on the horse of Odin Sleipnir ; 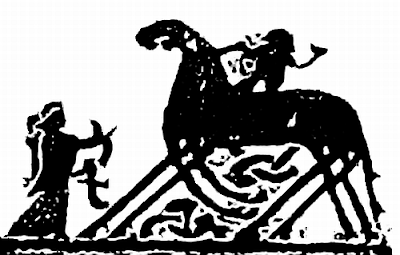 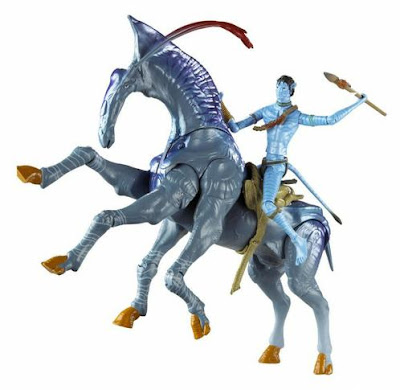 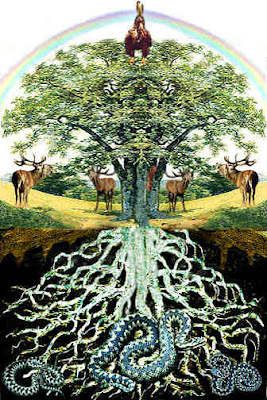 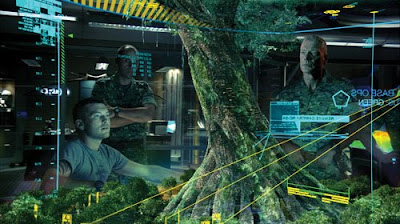 Then we have the blue indigenous people of Pandora.

The blue skin of the people could relate to either the Indo-European god Krishna or the Picts of Scotland who were called the blue people after painting themselves with woad. 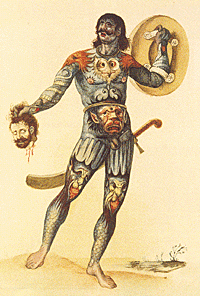 Another blue god is the god Odin, who wears a blue cape to represent the sky ; 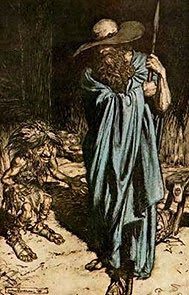 Then we have the dragons, which in the old myths refer to man conquering his animal nature and in the film relates to a youth becoming a warrior ;

This relates to Sigurd the dragon slayer ;

The story of Avatar is that of Ragnarok - in that the forces of Loki and Surt ( the corporation and soldiers in the film ) attack the gods, destroy the world tree and after a massive battle a new world is reborn from the ashes.

Then the gods are reborn, as Jake Sully was in the film.

6 out of 10 for the story as it was derivative of Dances for Wolves and Dune.

Watch it in 3D and you will be amazed at the experience.

My bum was hurting after watching it as it was so long and my eyes were sore.

As for the 3D - I foresee that the future for 3D lays primarily in video gaming as opposed to film making.

I would hope that the next generation of video games would merge the Wii and 3D gaming visuals.

Imagine playing a video game like Modern Warfare 2 where you are carrying a replica machine gun as opposed to having a hand console and you are playing the game in 3D on a large screen in 3D HD whilst you track through the game in front of you in a real time 3D game.

Thats where I see 3D being most interesting

i have also taken an interest in 3d gaming and see this as well as movies being the future.

3d gaming is not new off course it has been around for many years, almost given away with some graphics cards.

the problem has al;ways been the need to wear glasses and to some degree the blockiness of the 3d models in games.

but over the last few years a new method has evolved - lenticular 3d.

the separation and effect is not quite as good or dramatic but the need for glasses is gone.

phillips currently have a system
`3d now`, which smart money would invest in now if looking for a lift off technology.

for those that dont know the tech works like those old childrens cards wear you can see a different image as you tilt the picture due to the tiny angled lenses layed over the top of two different images printed on the same bit of paper.

then depending on what angle you hold the card the lense either blocks or shows the image, as you tilt the card, this can be used to simulate movement.

so rather than tilt the picture to change the lense angle the 3d noe tv relies onthe distance between your two eyes and the separate viewing angle this gives each eye.

so whe viewed from the front the tv willl dispay two images at the same time but the tv lenses willl block the vision of one image in one eye and pass the image going to the other eye. 3d.

the big problems is that the distance between the eyes is small and the angle small, so the effect is oftem compromised by where you are sitting etc.

but it has two massive bonus points

2. the tech is basic and adds almost no cost, it can also be applied at will by changing a basic low cost lense on the tv.


i have not seen it in person though you can buy it now and their are demos on youtube etc where they put it up in a shop window and passers by are freeked out by it.

i have seen games in glasses 3d and i must say it does take things to a whole different level, but most poeple dont want to wear glasses to watch the box.

phillips 3d now, has to be the future.

I will check that out - thanks for the heads up.

Not sure if you are aware of a game calleed Deus Ex?

It is quite old now but probably the best game ever made.

It can be found for around £5.

It is the most intellectual but fun game i know of and has a huge following.

But avoid the second version called `deus ex - invisible war` it is no where near as good.

and keep up the great work.

The 3D effects are very good.
But the story was pretty crap and far too long.

I'm afraid it was just an updated version of Fern Gully.

These 3D films might work for a short while. Most of us don't mind wearing the special glasses for a couple of hours, or maybe playing a video game.
However, most people will not wear glasses every night for watching 3D TV.

The technology is not quite there yet. Lenticular 3d does remove the need for glasses but the image quality is poor compared to other methods.

The holy grail has not yet been reached. Until the technology manages to remove the need for glasses this will not become a mass consumer product.