The Fruits of Tolerance 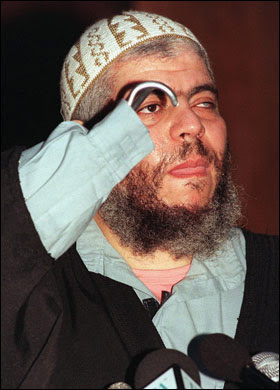 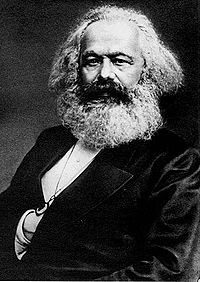 The writer Wole Soyinka has stated something that is very true about Britain.

Because of Britains tolerance and its willingness to allow 'asylum seekers' to come here, the most murderous ideology of all history, Communism, was spawned here and now the evil of Islamism is being spread around the world from here.

Marx was an 'asylum seeker' and most of the Islamist scum in the UK spreading Islamism worldwide are also 'asylum seekers' or immigrants.

Because of Britains 'tolerance' we have allowed evil to flourish here and then spread worldwide.

England is a cesspit because of our tolerance of scum like Marx and Abu Hamza and the Islamists whose rights we out before our own people, and before the rights of those who are being slaughtered around the world by their accomplices.

The reason why we have a surveillance society in the UK is because we have so many of the worlds criminals living here we have had to become a fascist state in order to prevent them causing chaos and carnage.

Liberalism is the progenitor of fascism.


When asked what he thought of his homeland of Nigeria being added to the watch list of countries deemed to be incubating terrorists after the failed attempts of Umar Farouk Abdulmutallab to bomb an airliner in December, Mr Soyinka said that this was “an irrational, knee-jerk reaction by the Americans.

“The man did not get radicalised in Nigeria. It happened in England, where he went to university.

“England is a cesspit. England is the breeding ground of fundamentalist Muslims. Its social logic is to allow all religions to preach openly. But this is illogic, because none of the other religions preach apocalyptic violence. And yet England allows it. Remember, that country was the breeding ground for Communism, too. Karl Marx did all his work in libraries there,” he said.

Mr Soyinka said that Muslims were being radicalised early in their lives in Britain.

“I doubt you can have the kind of indoctrination schools in America as you do in the UK,” he said.

Posted by Defender of Liberty at 02:56

This is the end result of empire -- death to the original country and its original peoples. The process takes a few hundred years, but this is how it plays out, with pollution and total extinction by the imported peoples. We don't see any more Romans or original Greeks anymore, do we? America is half-white now, and her original inhabitants -- English, Scots, Irish, Cymru, Germans and a few Frogs, are in the minority. The Hindus control the hotels, the Jews control finance, law, and academia, the Asians control the technology, and the original Americans (to include African-Americans) are getting the shaft, lower and lower wages every year.

I move we elect a new king.

Again I have to ask, what do they teach our officers at Sandhurst, don't they have a clue what is going on, are they so f'ing brain dead, do they not have children ?

Isn't it obvious what is going on, a cultural revolution, we, Indigenous Brits, Western Europeans are the intended victims.

Stuff the country and continent with as many diverse violent cultures as possible then arrange events so that we are all impoverished.