The Hubris of the CST 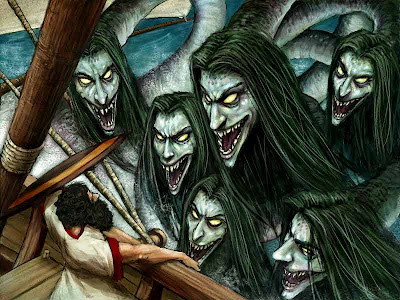 Why does Gordon Brown issue a statement condemning anti-semitism yet remain silent on race attacks on indigenous Whites, and other ethnic communities in the UK ?

Why does 'anti-semitism' have such a high profile in the media ?

Why does Gordon Brown endorse a para-military vigilante group with links to Israel and that acts as militia in the UK ?

Why do the police work with a group that operate under the aegis of the Israel and that would be regarded in other nations as the militia of a foreign government ?

Since when did an 'e-mail' come to be regarded as an 'anti-semitic incident' ?

Why dont the CST list ALL the so called 'anti-semitic' incidents so the public can see that the CST's definition of an 'anti-semitic incident' is ?


Thanks to the film Defamation we have seen how the 'Anti-Semitism Industry' is not just immensely profitable for those running the 'anti-semitism' organisations across the world, but it also revealed just how facile many of these so called 'anti-semitic' incidents were.

Most of the so called incidents of 'anti-semitism' as defined by the ADL were revealed in the film to be opportunistic attempts at using intimidation to get employers to give employees days off when they demanded it.

Alongside this form of 'using the threat of anti-semitism as a means of intimidation and extortion' the issue NEVER spoken about by groups such as the ADL and CST are the many examples of fabricated 'anti-semitic' incidents.

The fact that an organisation that PROFITS from fighting 'anti-semitism' is able to publish reports on levels of anti-semitism, which are not collated by the police, government or any non-partial bodies so as to be checked and assessed as being correctly recorded, is a direct conflict of interest.

The MORE anti-semitic incidents the ADL and CST record, the more money they make and the more they justify their own existence.

This is an intolerable situation - and one that brings into question any statements from the CST on any issue.

But the real scandal is this - why has a group like the CST, which in most other nations would be regarded as the agent of a foreign power operating as a private militia and therefore classified as an illegal organisation, the power to get the Prime Minister to comment on its reports and to generate such publicity in the newspapers ?

The Zionist Network in the UK has our media, politics and democracy in its grip just as the money power of Middle Eastern oil producing nations has our economy in its grip.

Whilst the power of the Zionist lobby groups like AIPAC and in the media within the US is an issue of growing importance and public concern, and hence the driver for the Obama administrations plans to remove free speech from the internet and force people to apply for a government license before they can own and run a website, the issue is also of growing importance in the UK.

Groups like AIPAC, the ADL, and CST are the enemies of democracy - for they exert a power over politics and in the media that is unaccountable and not based on an electoral mandate.

The power of such groups in our society has to be recognised as a direct threat to the democratic process, for when the media, MP's and even the Prime Minister can be coerced or manipulated into doing their bidding - then the entire democratic system is at risk.

The power of the Zionist media and lobby groups is as dangerous to our democracy as the money power of the Middle East Islamist oil producing nations that pump hundreds of millions of pounds into the UK in order to spread Wahabbism and build mosques.

Zionism must be resisted as much as Islamism, for any nation trapped between the Scylla of Zionism and the Charybdis of Islamism is not a free nation.

Loved it in the film Defamation when they are collating reports of anti semitic incidents and showing there was an increase. " So that is good?" the answer was "yes" and then the reporter corrected himself and said ur No.

Check out this debate between Dr. Norman Finkelstein, author of 'The Holocaust Industry: Reflections on the exploitation of Jewish suffering' and many other books, and Israel W. Charny, the Executive director of the Institute on the Holocaust and Genocide in Jerusalem.

The Israeli Lobby in the UK

Zion and the Olympics

Are there any British Lobby Groups?

I've only found One

Finkelstein and others are perfect examples of why these problems are best addressed at political level.
Beating innocent people up, whether African, Jewish or Muslim in the street serves no purpose, it does more harm in the Long run.
And they are mostly innocent just as the Brits murderered or beaten up are.
As things get worse, I hope the Brits on the streets can use their heads. Maybe a public statement by Nick Griffin saying that the decline is deliberate, they want chaos and disorder and we the British people and those of other descent should not walk into this obvious and deliberate trap,

I especially liked that you said

"Zionism must be resisted as much as Islamism"

There is unbridled anti-Islamic feeling expressed by quite a few members/supporters of the BNP which goes just a little TOO far and looks rather as though it might be inspired by Zionist sympathies. We do have to remember that Islam is in many ways the antidote to Zionism and we are caught in the middle of a spat between the two enemies. The Zionists technique is always to play their enemies off against one another, so they aim to get us to fight Islam.

It would be wise to thwart this by seeing how Islam can be harnessed and redirected back at the Zionists. Beat them at their own game. This will bring us instant victory instead of the prolonged war that the Zionists plan.

A word of warning for the decades ahead:
Beware also in the future the old trick where MOSSAD does a terrorist attack and makes it look like the Muslims did it, just so we react in a predictable way - during a civil war.

Zionism and Islamism are both the mortal enemies of any Britian, and both must be identified and expelled from our country.

It is not wise to favour one side against the other, although this may seem an expedient it is misguided. We must fight Zionism and we must fight Islamism - no compromise against either foe. Let the Muslims and Jews fight their own war, whilst we fight ours against them both.

Let the Islamists and Zionists fight their own wars, whilst we fight ours against them both.

For dessert I invite all to visit search engines and type in "The Earliest Hate Criminals." It is a very timely article. Harvey