The Betrayal of us all revealed 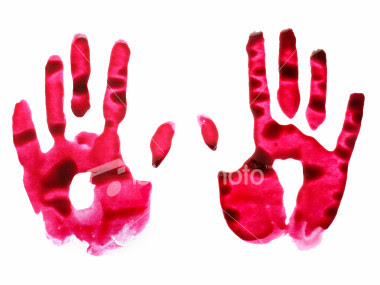 Find below a small selection of e mails passed between sadie graham, steve blake and kenny smith that were stolen off of the BNP internal e mail server by Steve Blake and then passed to both Kenny and Sadie.

Full copies of the emails will be made available to the party after the investigation is finished and the disciplinary tribunal over with.

The edited section are noted and are in place to prevent confidential internal party information being put into the public domain.

1) Intercepted Internal E mail between Tony Brewer and Nick Griffin ( full copy in the hands of the investigating team ) - contents intercepted off of the BNP server, copied and then passed to Sadie Graham and Kenny Smith by Steve Blake ;

A few months ago I would have had great moral difficulty doing this but I
think that this is now morally justified but I am for the chop if anything
gets out about this. I am only giving this to the two of you (kas and
sadie).

I have just started catching up with my emails and note the below from
Sadie.

In view of the potentially serious nature of this alleged breach of
acceptable conduct,
I suggest that the CMT should commence a formal disciplinary investigation
as a matter
of urgency.

2) Intercepted E mails between various party officers that were hacked and then passed to Sadie Graham and Kenny Smith - note Kennys little joke about the " I'll give thanks to the Gods tonight for sending us such a brother to watch over us - and their e-mails!"

That little joke was referring to Steve Blake hacking mine, yours and all our internal e mails and then passing them to Sadie and Kenny. And some idiots still think Sadie has done nothing and should be let off a disciplinary tribunal - GET REAL ! She was one of the main organisers and recipient of all these stolen e mails, and she up to her neck in. Spare me the crocodile tears.

PLEASE NOTE THE LJB EDIT SECTIONS ARE TO ENSURE CONFIDENTIAL PARTY ACOUNTS INFORMATION IS NOT RELEASED TO THE PUBLIC ;

What do you make of this? Looks as if Hannam has mislaid about ( EDIT LJB) worth of leaflet orders! (Hannam's attachment is not attached in my message here as I can only see messages coming in, not going out).

> Dear Frank,
>
I think i know why. I have just checked in quickbooks, the money central made off the regions by selling leaflets to the region has been entered as a regional expense, rather than a central sale income.
>
> Attached is the leaflet central office sales to the regions. You just
> need to total that leaflet column.
>
> I have not been issued any individual leaflet sales figures by John,
> (individual as opposite to group/branch) so i will ask him if he has
> indeed got any records of public leaflet sales.

This should have been mirrored in the Parties books, as

Now I think that in 2006 you had a big leaflet campaign, but I cann't be sure.

The swine! How dare they whine about being bugged, when THEY were reading everyone's emails! Hypocrtical bastards must be put against the wall and shot. The BNP is better off without treasonous dogs like this.

I understand your strength of feelig there anon. but maybe just expelled is better?
Well Ms Graham and St Kenny of Scotland have cooked their geese a little. While playing the martyr and whining about being bugged it would appear they had indulged in a bit of jiggery pokery themselves?
Its often the way with attacks from within, those committing the attacks always cite a noble cause etc.
Much nicer than I'm a devious little bastard worth the watching.
Well done Lee, thanks for clearing things up a bit.

Remember: this is not something for your amusement; this is a lesson.

All Nick and company ask for is a bit of loyalty - next time a rumour monger starts whispering in your ear, ensure you have none of it.

If the lesson here is learned, we shall achieve all we set out to do. If not, best order a copy of the Communist Manifesto and the Koran, for you're in for one or the other if the BNP under it's current leadership do not put Britain back on track.

If you act isn't straight, then straighten it or leave.